While Autoblog‘s 2022 BMW 330e xDrive long-term loaner is a pleasure to drive, I’ve got some complaints about the car’s behavior when the drive is over. There are three specific problems I’ve been having.

First, if I’ve got audio playing, it keeps playing until I lock the car. I have to manually pause it or turn it off when I turn the car off, or I’ll lose my place in my audiobook or podcast. Admittedly, this is something BMWs (and Minis) have been doing for many years now, but it’s still annoying. Sometimes, seemingly while using Apple CarPlay, it will resume on its own between me exiting the car and locking it, even if I’ve pressed pause or powered down the audio. That’s even more frustrating, and nothing in the manual or menus (that I could find) can change it.

Second, the car always turns off when I open the door while the car is in park. There doesn’t seem to be a way to keep the car on — and thus keep the A/C going — if, say, I have to get out of the car to grab something I forgot, to make sure I’ve locked the house or to grab the mail. I checked the menus and the owner’s manual, and located a setting in the “Doors/vehicle access” menu with a toggle-able checkbox marked “Turn off vehicle after opening door.” A solution! Nope. Even when I uncheck it, the car still turns off when I open the door. 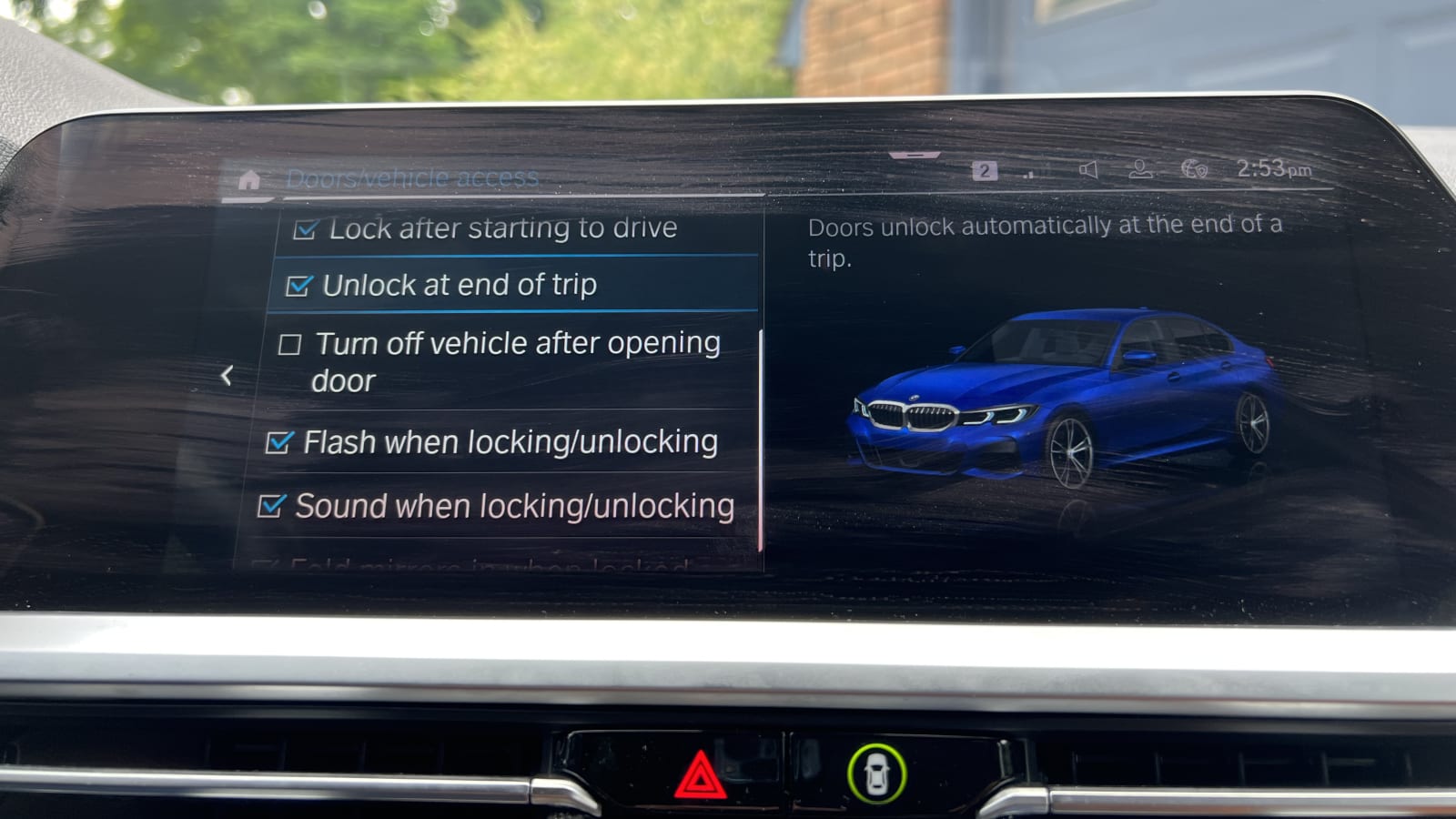 Third, touching the grooves on the handles to lock the doors doesn’t always work. It works most of the time on the driver’s door, but sometimes it takes several touches before it actually locks. Any other door, though, it usually just continues to unlock every time I touch the handle. I’ve taken to just digging the key fob out of my pocket almost every time I want to lock up, which often leads to me dropping other pocket contents on the ground. This is especially annoying when my arms are full carrying groceries or my toddler daughter. That said, I’ve never had a problem with the car unlocking from any of the door handles.

As a potential solution, you can set the car up, via the infotainment menu, to unlock as you approach the car with the key on your person, and/or lock as you walk away. I used this for a while, but went back to locking and unlocking the car manually. It’s unsettling to have the car unlock and the mirrors unfold every time I walk past it in the driveway. I also don’t always want it to lock as I walk away, especially if, say, my son is helping me unload the car.

I’ve searched not just the manual and menus, but also the Internet for possible solutions to these problems. I’ve found others with similar complaints about the first two issues, but no definitive answers. I’ll probably keep searching, fruitlessly, for as long as I have the 330e in my driveway.