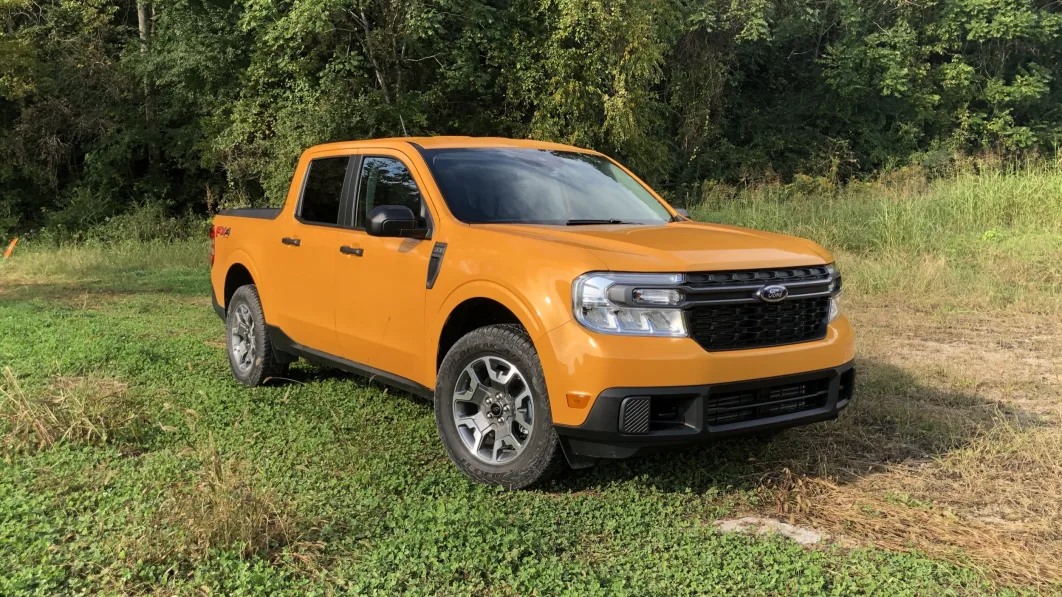 The 2022 Ford Maverick has been the subject of five recalls in its short life. The latest is over a matter of a few millimeters and could represent another supplier issue of the kind tripping up OEMs lately. The National Highway Traffic Safety Administration has compelled the recall of 64,974 Mavericks that could potentially have problems with their side curtain airbags. The paperwork says “The side-curtain air bags may not deploy properly,” and that the “side curtain air bags … may not meet the displacement requirements of FMVSS 226 S4.2.1 Ejection Mitigation” concerned with making sure occupants aren’t thrown from the vehicle in a crash.

The contentious point is a lot finer than these broad strokes, though. To test a side curtain airbag’s ability to keep occupants from flying out of a vehicle, the NHTSA runs what’s called a displacement test. This launches a 40-pound projectile at four locations on the side curtain airbag, twice. For an airbag to pass, the bag can’t deform beyond the plane of the side window by more than 100 millimeters, or 3.9 inches. Ford’s internal compliance testing showed the Maverick’s bag to be well within spec. When the NHTSA audited the Maverick, the agency’s testing showed a single one of the four projectile target locations to be 0.46 inch out of spec. Ford engineers retested the Maverick with a new batch of airbags, and while the deformity at the front lower primary target wasn’t as bad as the NHTSA found, the bags were still out of spec. Voila, recall.

Ford still hasn’t figured out why its test results don’t match the NHTSA’s results, not that it matters now. Affected Mavericks, built from February 3, 2021 to July 9, 2022 but not in consecutive VIN order, need to head back to dealers for repair. There, techs will install redesigned left and ride side curtain airbag modules. The automaker said it plans to begin mailing notification letters on September 22. Owners with questions can contact Ford Customer Service at 866-436-7332 and refer to recall number 22C20. They can also get in touch with the NHTSA at 888-327-4236 and mention campaign number 22V594, or check out the NHTSA web site at www.nhtsa.gov.