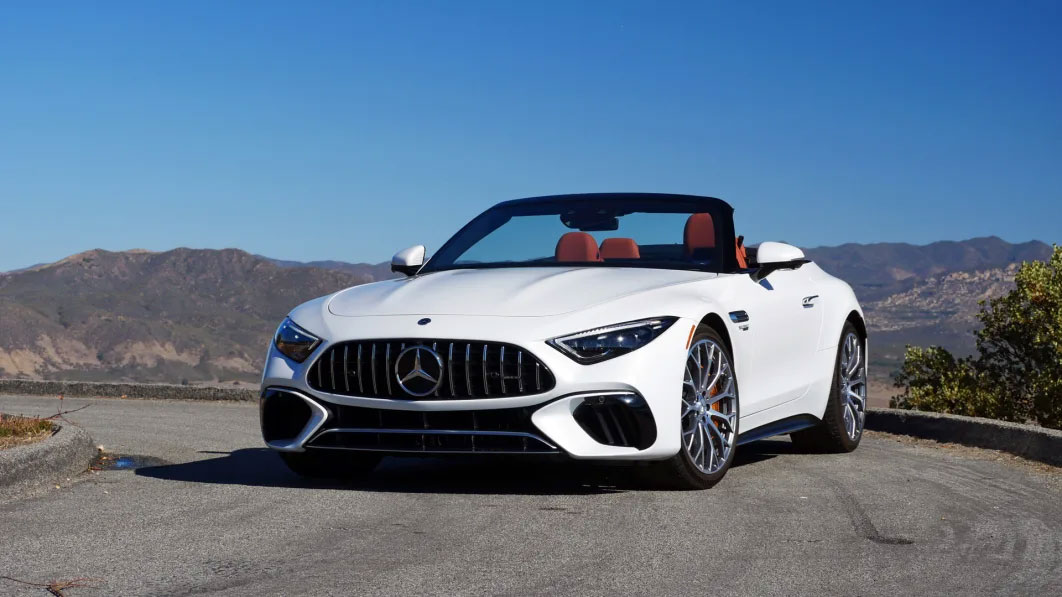 Ten months after Mercedes revealed the new AMG SL Class and seven months after we drove it, the Germans have shared how much it will cost buyers to enjoy the return of the doctor’s favorite tanning booth. Our market skips the global entry-level AMG SL 43 and it’s 2.0-liter turbocharged four-cylinder hybrid. The local menu starts with the AMG SL 55 that starts at $137,400. Adding the $1,050 destination charge takes matters to $138,450 before options for the standard Touring Trim. On this one, the 4.0-liter twin-turbo V8 puts out 469 horsepower and 516 pound-feet of torque to both axles, and the feature set includes active LED headlights, a surround-view camera, and a Burmester audio system.

Above that comes the AMG SL 63, starting at $179,150 after destination for the Touring trim. The same V8 sits up front, putting out 577 hp and 590 lb-ft here. Compared to the SL 55’s 3.8 sprint to 60 miles per hour and 183-mph top speed, the SL 63 needs just 3.5 for the dash and runs out of go at 196 mph. Beyond the goodies that come with the SL 55, the SL 63 comes standard with augmented video for the navigation, the AMG Track Pace app, the AMG Dynamic Plus Package with an electronic limited-slip differential and yellow brake calipers, and swaps the SL 55’s steel suspension for the adaptive AMG Active Ride Control with ride stabilization.