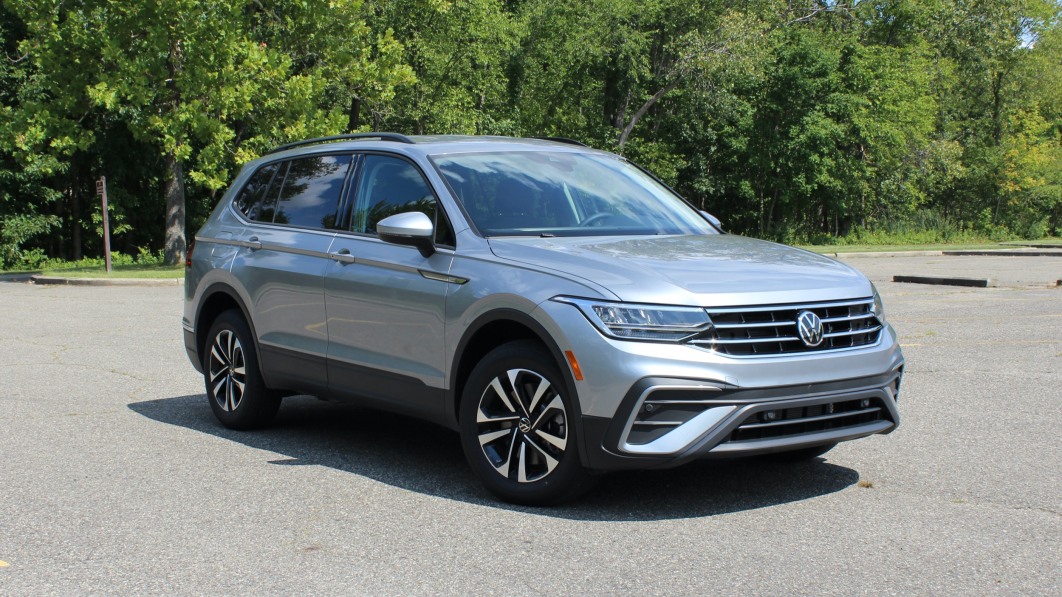 A sticking point for so many vehicles in achieving the Insurance Institute for Highway Safety’s Top Safety Pick+ rating has been headlight performance. That’s what was holding back the Volkswagen Tiguan. But as part of the 2022 model year’s updates, VW gave the small SUV better headlights that earned it the desirable award.

More specifically, the old model was dinged with the worst “Poor” ratings for the base halogen headlights. The new model gets LED lights on all models (reflector-style on base trims, projector for higher trims), and both versions got the second-highest “Acceptable” rating.

The Tiguan also boasts top “Good” ratings in all crash tests, as well as its seat and head restraint design. All Tiguans also come with automatic emergency braking with pedestrian detection. In testing with other cars, it earned a top “Superior” rating, and with pedestrians, it was rated slightly lower at “Advanced.” Child seat anchor access was rated “Acceptable.”