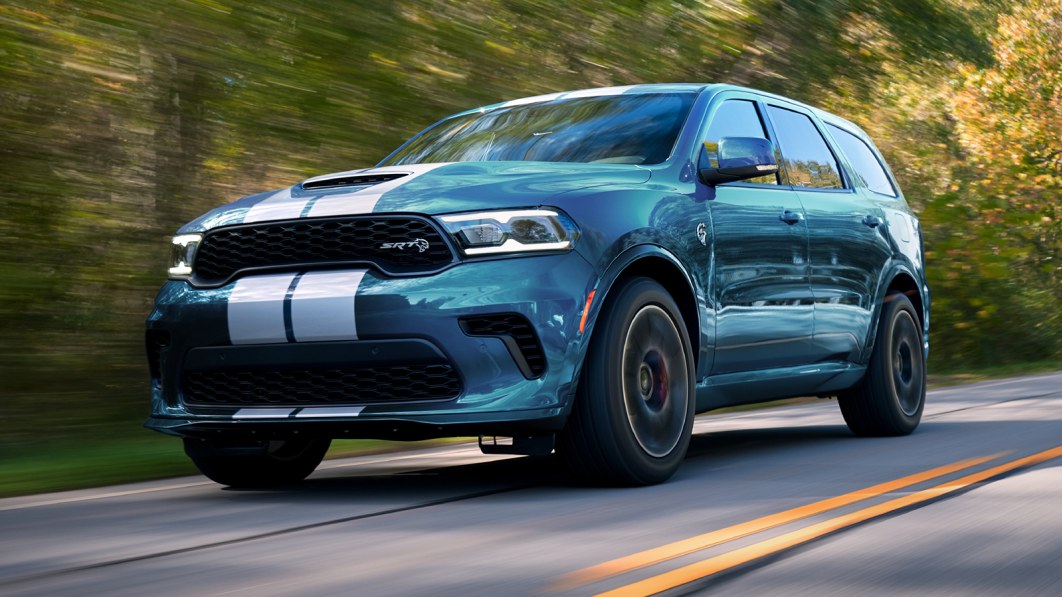 Apparently people literally can’t get enough of the Dodge Durango SRT Hellcat. The first round was a one-year run for 2021. That run got extended slightly due to the high demand. Now, Dodge says it’s back because people were still asking for it.

The specs are just the same as before, and still very impressive. Under the hood is the supercharged 6.2-liter V8 from the other Hellcats, and it makes 710 horsepower and 645 pound-feet of torque. Dodge says that with the Durango Hellcat’s eight-speed automatic and all-wheel drive, it will hit 60 mph in 3.5 seconds, finish the quarter-mile in 11.5 seconds and hit a top speed of 180 mph.

It also gets retuned suspension and some serious brakes to cope with the huge power. It has Brembo six-piston brake calipers up front and four-piston units in the rear. Its rear spoiler is even functional, providing 140 pounds of downforce at the Durango’s top speed.

A couple of option packages are available. The Plus package adds towing parts, which allows the Hellcat to pull up to 8,700 pounds, a sunroof and some safety features. The Premium package adds red seatbelts, a leather-wrapped instrument panel, carbon fiber accents and a Harman Kardon sound system. The Blacktop package adds black badging, mirrors and wheels.

Pricing and availability haven’t been announced. We expect the Durango Hellcat to start a little above the 2021’s base price of just over $82,000. Currently the Hellcat is only slated for the 2023 model year, so if you missed out last time, make sure you get an order in for this year, in case it really is the last one.