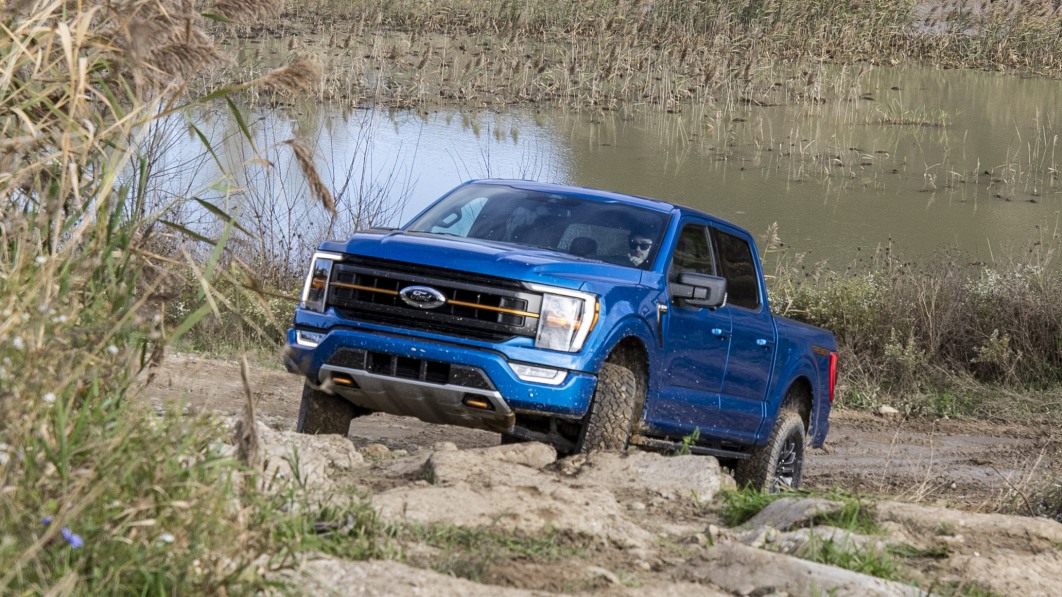 When we asked Ford why it made the F-150 Raptor whole again with the return of an eight-cylinder engine, the dinosaur in the room was the Ram 1500 TRX. But Tony Greco, program manager for the Raptor R, said the Auburn Hills rival didn’t guide Ford’s decision, customers did, “in subtle ways and in then bluntly telling us, ‘Hey, a-holes, start putting the engine that I want in this thing.'” A report from Ford Authority suggests the automaker won’t stop there with the V8 push. FA writes that “sources familiar with the matter” told the outlet the 2023 F-150 Tremor will add the 5.0-liter Coyote V8 as the base engine. The 3.5-liter EcoBoost V6 with 400 horsepower and 500 pound-feet of torque, the only engine to be had in the current Tremor, will be the optional choice.

Elsewhere in the truck lineup, the Coyote V8 makes 400 hp and 410 lb-ft. The EcoBoost V6 maxes out at 14,000 pounds of towing, the V8 tops out at 13,000 pounds. The diminished output and capability lead one to believe the 2023 Tremor will offer a less expensive entry point than the current truck’s $55,900 — before factoring in supply issues and inflation, never mind trying to find an example that hasn’t been optioned into the mid $70K range.

However, another rumor from Ford Authority puts that in doubt. More sources have told FA the Tremor’s stock 400A equipment gets cut from next year’s menu, making the currently optional 401A Mid equipment group the base choice. The Mid group adds frills like LED headlights, fog lamps, heated front seats, and an eight-inch screen in the gauge cluster for $6,065. If Ford adds just two-thirds of that cost to the standard price of a 2023 F-150 Tremor, the Tremor suddenly starts at more than $60,000.

Remember, the Tremor was introduced two years ago to fill the off-road capability gap between the standard F-150’s FX4 package and the Raptor. It could be that with the coming of the F-150 Rattler, Ford’s slicing the gaps thinner, sliding MSRPs up to make room for the new entry-level off-road-focused trim and creating profitable overlap among the range. Yet another FA report says the 2023 Raptor is making the same interior equipment switch as the Tremor, losing the base 400A package to make the 401A package standard, which could boost that truck’s price as well. When speccing a standard F-150 as close as possible to the Rattler and Tremor in the configurator, we’re not sure the anticipated price differentials make the most sense to a buyer squeezing the most of every penny. The branding makes us suspect Ford knows there are plenty of buyers who would rather eliminate the hassle and pay for a factory-fit package than fill in the blanks themselves on the aftermarket at better prices — which, frankly, is nothing new. We’ll find out more when the 2023 lineup and MSRPs are announced.