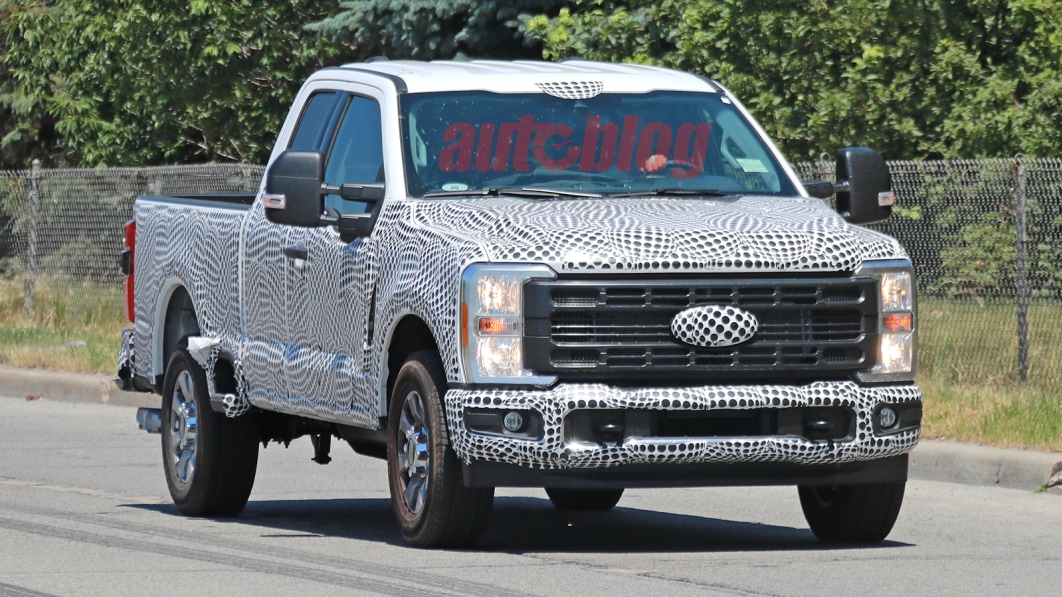 Sometimes when we get spy photos of a new vehicle, it’s hard to tell when we’ll see the production model. But we don’t have to guess much with this. On the back of this Ford F-Series Super Duty prototype is a helpful sticker that tells us it’s a 2023 model year. So the reveal will probably be in just a few months at the most. These photos show that it’s not a dramatic update, but it does have some interesting changes.

What you probably noticed first is that the Super Duty’s lights are even bigger than they were before. And they were pretty enormous already. At least they look that way. It could also have something to do with the new grille, which now fits within the boundaries of the headlights rather than matching up with the edges. The headlights have a blockier shape, too, instead of being fitted to the front fender arches. The taillights are basically the same deal.

Also of interest are the big steps in the sides of the rear fenders. We’ve seen these steps before, but not on Ford trucks. These showed up on GM’s latest heavy duty full-size pickups. They certainly seem like a good idea for easier bed access, and they must be for Ford to pick them up.

Keep an eye out for the details on the new Super Duty sometime this summer or early fall, since it’s a 2023 model.