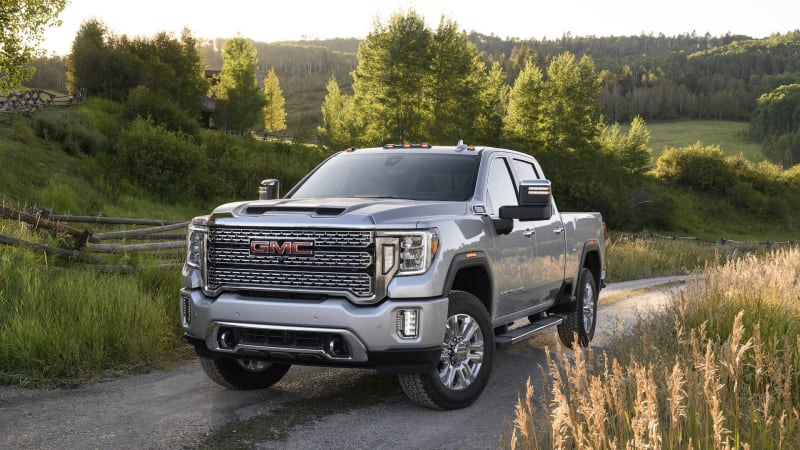 GMC Sierra HD pickups are about to get more expensive again after recently becoming more expensive, according to GM Authority. In July, GMC and Buick raised the prices on certain vehicles in their lineups anywhere from $975 to $1,675 by making the previously optional OnStar a standard feature. Next year, every GMC and Buick model will adopt the upgrade. The big boy Sierra HD gets the biggest increase, being $1,500 for three years of OnStar and the Connected Services Plan plus another $175 for to be “OnStar & GMC Connected Services capable.” GMA says the MSRPs for the entire 2023 Sierra HD range will be increased $1,000 on top of that.

After doing the math, though, we suspect the increase could in fact be anywhere from about $800 to at least $1,100 after factoring for OnStar. The GMC configurator rings up a price of $43,670 for an entry-level Regular Cab Sierra HD Pro 2WD, GMA says next year’s price will be $44,770. GMA didn’t break out the next year’s destination charge, it’s possible GMC is adding $1,000 to the MSRP and $100 to destination. We’ll find out when official pricing is announced. GMA‘s table shows a price of $49,795 for the least expensive SLE trim, whereas the current configurator indicates the truck can be had for $47,295 — a $2,500 difference. The SLE configurator doesn’t show any charges for OnStar the way the Pro trim does. So it’s possible that after backing out a potential $1,675 for OnStar, the gravy on top is just $825. Not that your wallet will care where how the potato is being sliced when the potato costs an additional $2,500 no matter what.

If all goes to plan, the 2023 Sierra HD will give way to a heavily refreshed 2024 model with interior upgrades cribbed from the Sierra 1500. Spy shots reveal a reconfigured instrument panel with a larger infotainment touchscreen of a likely 13.4 inches among the interior tweaks.