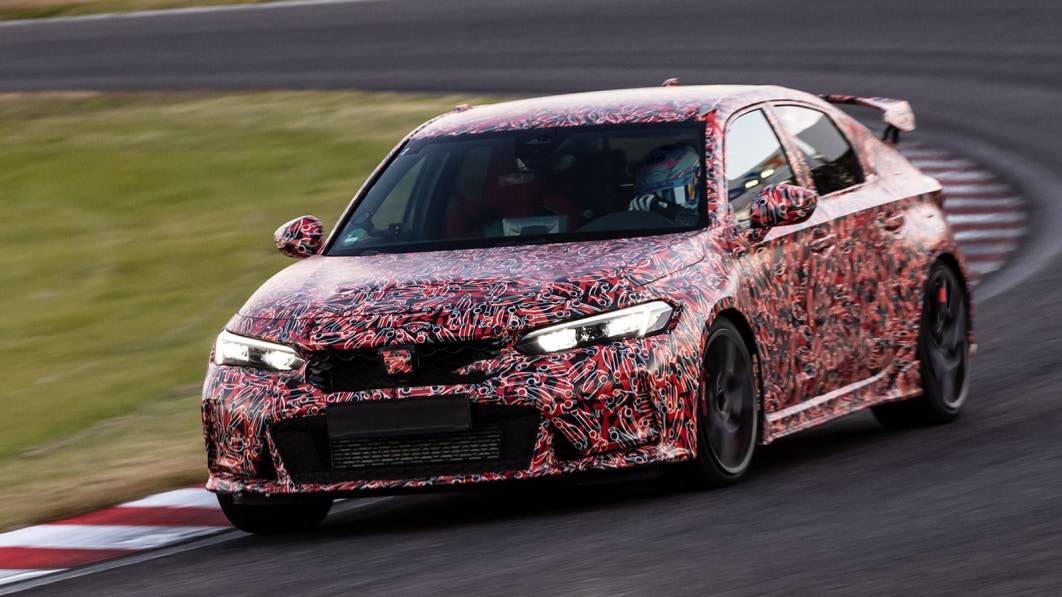 The closer we draw to the 2023 Honda Civic Type R’s reveal, more details emerge about what just might be one of the last internal combustion greats. The latest tidbits include the chassis code and the paint colors. Potential buyers will be happy to know that the red and black camouflage we’ve seen on several CTR prototypes won’t be one of them.

The information was posted to the Civic11Forum, which got it from what looks like a now-removed post on social media. However, a screenshot shows that the cool kids will be referring to the 2023 Civic Type R as the FL5.

The same post shows a palette of five hues carried over from the current CTR. The most important one is confirmed return of Championship White, a pearl white that has adorned all of Honda’s Type R models since day one. However, the color can be traced back 57 years to the off-white paint on Honda’s first Formula 1 Grand Prix winner, the 1965 RA272, which featured white with a red circle on it to represent the Japanese flag.

The other colors are Crystal Black Pearl, Rallye Red, Sonic Gray Pearl and Boost Blue. Each is available with a black and red interior. Sadly absent from the list is the Phoenix Yellow of the previous-generation Civic Type R, which itself can be traced back to the original Civic and Integra Type Rs. Though standard on those 1990s models, yellow was only offered on the last-gen’s 2021 Civic Type R Limited Edition, so perhaps it will appear again on the new FL5 at a later date.

With its record-smashing times that beat even that lightweight Limited Edition’s, the next Civic Type R will likely be another firecracker. We presume that it will likely continue with Honda’s turbocharged 2.0-liter four, but whether it has the same 306 horsepower and 295 pound-feet of torque is unknown. Whatever the case, those missing 10ths of a second are coming from somewhere.