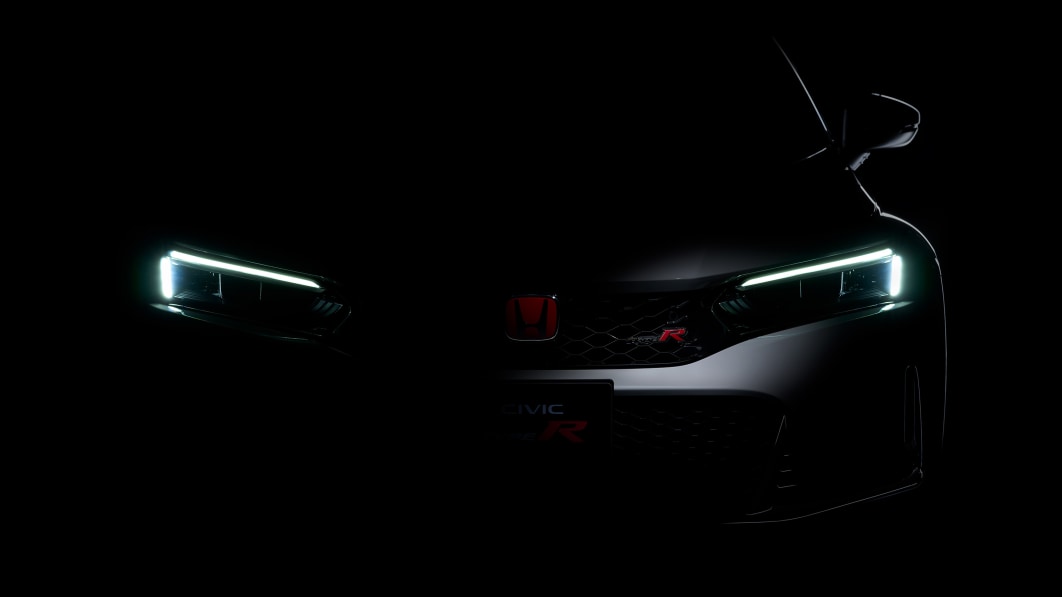 The supercar formula has been to preen a retiring model with runout trim boasting more power and handling, then have the next-gen model pick up where that special edition left off. So it will be with the 2023 Honda Civic Type R. The automaker has finally divulged that the rorty coupe will be revealed on July 20 at 10 p.m. for the East Coasters, 7 pm. for the West Coasters. Until then, we’ll have to nibble on this tease of the frontal aspect that is merely the potatoes hiding the meat. What we’ll be chewing on until the 20th is Honda’s line that we’re about to get “the most powerful Honda-branded production vehicle ever offered in the U.S.”

The baseline was established by the 2021 Civic Type R Limited we called “an instant classic.” It made 306 horsepower and 295 pound-feet of torque. Yes, that’s the same output as the standard Civic Type R. The Limited got more out of its 2.0-liter turbocharged four-cylinder output by losing around 50 pounds, employing revised software for the adaptive dampers, and getting shoed in Michelin Pilot Sport Cup 2 rubber. The diet and recode helped, to be sure, but Bibendum’s extra grip over the Continental SportContact 6 tires on the standard Type R made the real difference that shrank lap times. After losing the front-wheel-drive production car record at the Nürburgring to the Renault Megane, Honda wasn’t afraid to share how much testing the Type R Limited went through at the ‘Ring. But for reasons known only to Honda, the carmaker never announced a lap time.

The 2023 Type R isn’t out yet, and Honda’s already talking about breaking the previous-gen lap record at Suzuka by 0.873 second. The questions now are how much extra horsepower and what kind of tires made it happen. Of course, we’ll also be wondering whether the new Type R comes in closer to the last Type R’s $39,500 MSRP or the Type R Limited’s $46,000 price. Let the guessing begin.