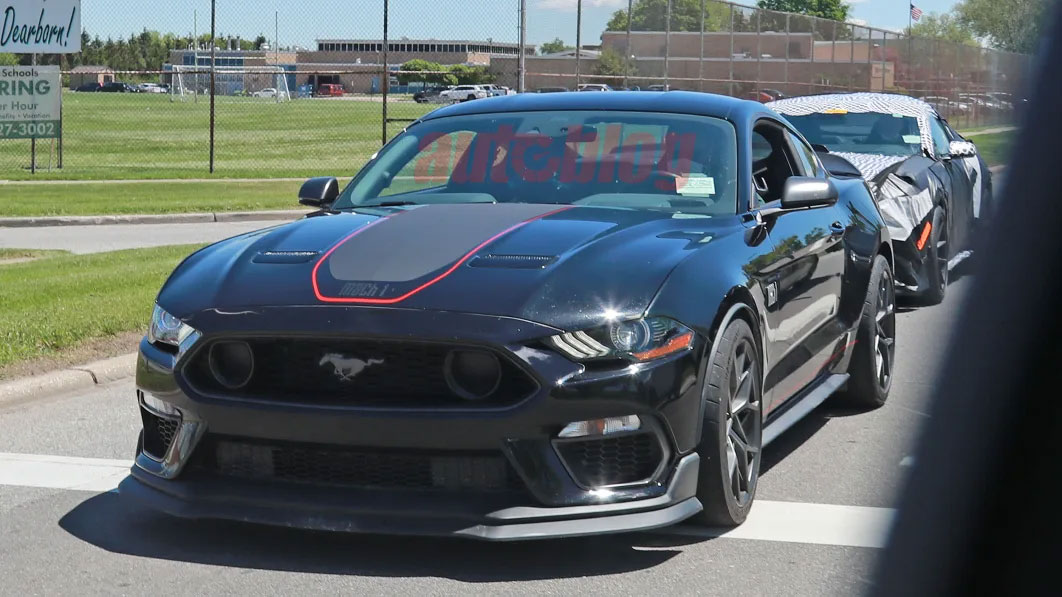 We’re about six weeks from the debut of the seventh-generation 2024 Ford Mustang, codenamed S650. It’s incredible that for what’s considered the best-selling and most customized sports car in the world, almost every important thing about it is still just supposition. Case in point, Ford Authority says its sources claim the S650 will get a version with close to 500 horsepower. However, the source couldn’t say whether that would be the Mustang GT, which makes 450 horsepower at the moment, or a special trim like the Mach 1, which makes 470 hp at the moment. In fact, we don’t know if the Mach 1 will make the jump to the new model, either, despite recent spy photos of the 2024 Mustang apparently being benchmarked against the current Mach 1.

Here’s what we’re pretty sure we know. The new ‘Stang will gallop in with evolutionary styling outside but a seriously revamped interior. Spy shots have revealed a digital instrument cluster behind a flat-bottomed steering wheel, a larger infotainment screen, and fewer physical controls. The engines will be basically carryover, meaning the 2.3-liter EcoBoost as a base and the 5.0-liter V8 for the GT. They’ll shift through either a six-speed manual transmission or a 10-speed automatic. There’s a hybrid coming. Probably. And production is slated to begin next April. That’s the extent of what we’re 99.9% sure about.

Everything else is a guess. Previous expectation that the Mustang would switch to the CD6 platform that debuted with the current Ford Explorer seems to have given way to belief that the new car will ride on an evolution of the present D2C platform. If the car shows up on the CD6, it would undoubtedly be larger and possibly heavier than today’s car. The hybrid version has been guessed as having the 2.3-liter at its heart and possibly the 5.0-liter V8. Spy shots of a prototype with dual calipers on the rear rotors have been called in as circumstantial support for a larger platform and a V8 hybrid, the extra stopping power needed to slow a larger, far more powerful coupe.

Another note about that hybrid: It’s often twinned with a rumor about all-wheel drive; the ICE would turn the rear axle, an e-motor or two would turn the front. Some believe there’s an AWD model on the way, some don’t. If it does come like this, some further believe the Mustang would benefit from a small all-electric driving range.

Back on the ICE side, the 5.2-liter Predator V8 in the GT500 might get a short run. We could see this engine at the heart of a 60th anniversary edition celebrating the model’s debut in 1964. But it won’t survive stricter emissions regulations due for 2026 without a major rework that no one thinks Ford will attempt.

So, back to what we know. The debut happens September 14, on the first day of the Detroit Auto Show. Get your popcorn ready.