After staying quiet for a long time, Honda recently opened up a little bit about its upcoming electric SUV for the U.S., which would be a joint project with General Motors. The company showed a rendering of the clean and Honda-like vehicle, the 2024 Prologue. Now, spy photos have given us a good look at the Prologue in real life. The thinly camouflaged EV definitely fits the rendering, and it also seems to reveal that it’s closely related to the just-revealed Chevy Blazer EV.

At first, and even second glance, you won’t mistake the Prologue for a Chevy. It has a very clean, uncluttered body. The nose features rectangular, simple headlights that blend into the front grille. It’s a little reminiscent of the current Accord. The fenders are also toned down compared to the Blazer, though they still have some strong shoulder lines over the wheels. The back is as unadorned as the rest of the SUV.

Look closer, though, and you can spot the Blazer connections. The overall size and the long wheelbase with short overhangs are an early tip, though that can be said of many EVs. The real giveaway is in the greenhouse. The shape of the door frames and windows are dead ringers for the Chevy. The same goes for the low roof, and particularly the pinched rear quarter windows. 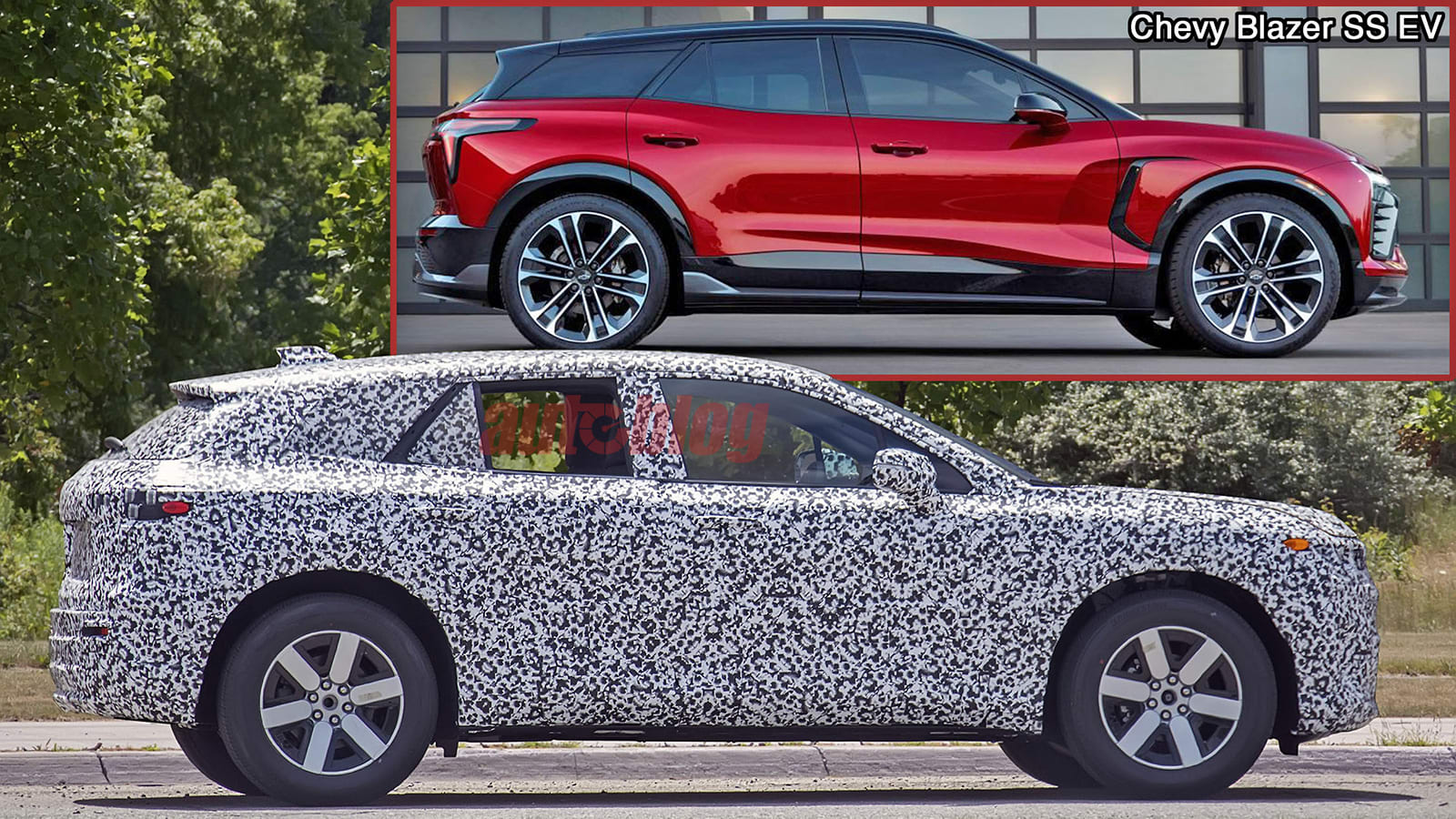 Since it seems the Prologue will be based on the Blazer, we have a better idea of what sort of specifications to expect. The Chevy can be had with front-, rear- or all-wheel-drive. Honda has never really pushed for rear-drive in its vehicles, save for a few dedicated sports cars, so we wouldn’t be entirely surprised if Honda skips that configuration (but it could always surprise us). Electric range varies from 247 to 290 miles depending on battery and motor options for the Chevy. Power for all but the Blazer SS is a mystery, but that performance-oriented model makes 557 horsepower and 648 pound-feet of torque. It’s another powertrain we could see Honda skipping, either for practicality, or because Chevy wants to keep its hot model for itself.

The Blazer EV is also priced around $45,000, and so we’d expect the Honda to be similar, which would also keep it in the ballpark against competitors from VW, Ford, Nissan and Hyundai/Kia. What will be especially interesting is whether the Honda will be eligible for the $7,500 federal tax credit. GM has used up its eligibility, so it won’t be an option for the Blazer, but since the Prologue is branded a Honda, it may get that credit and therefore a price advantage. We should know more about all of this closer to the Prologue’s launch in 2024.