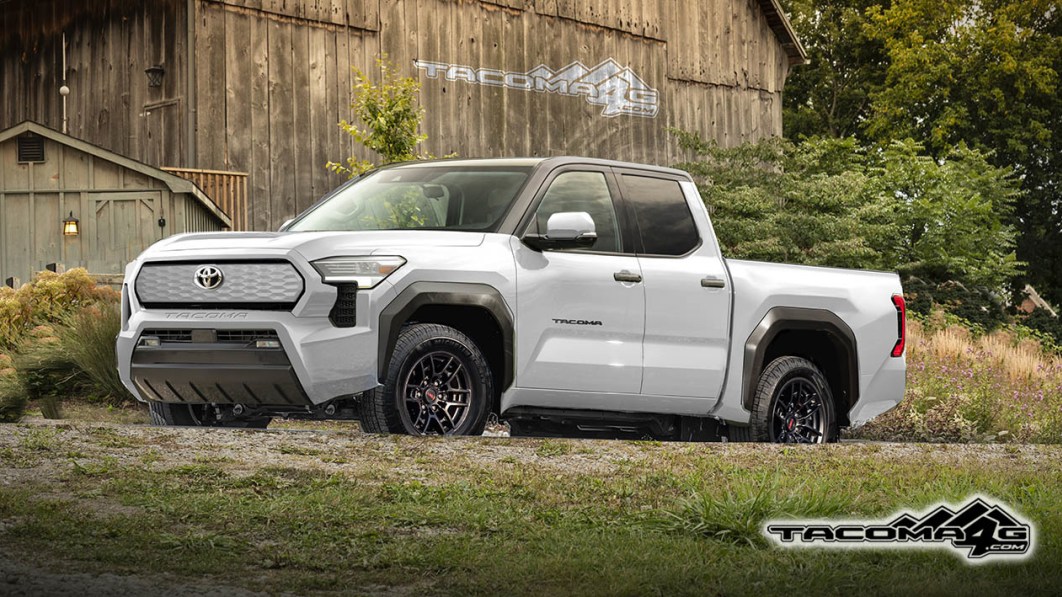 Toyota has had a habit of leaving its trucks and SUVs on sale well beyond the point that they’re considered aging. The Sequoia and Tundra just got full updates after more than a decade without a significant change. That leaves the 4Runner and Tacoma in the Toyota senior center, but we’re now seeing the automaker’s plans for the Taco. A recent post on the Tacoma4G forum shares some details from a Toyota Tier 1 supplier. The supplier notes that there will be a new electric variant of the Tacoma, along with a sharp new design. The forum knocked up renders to accompany the post, and if they’re close to the real thing, the new Taco looks great.

The renders show an updated Tacoma that shares much of its exterior styling with the larger and more expensive Tundra, which was all-new for 2022. It’s missing the handlebar mustache look of the Tundra’s front end, but the boxy wheel arches, upright grille, and angular styling translate well to the smaller shape. Gas-powered models get an open grille, while the EV variant comes with a closed grille.

The Tacoma name is shown stamped into the tailgate, just like it is on the Tundra. The taillight design is nearly identical to the shapes seen on the new Tundra as well. Remember, though, that these are just renders and are not official from Toyota. We could see slight changes between now and the final delivery date.

Toyota is expected to add an electric variant to the Tacoma lineup for the first time with the next-gen trucks. Last year, the automaker showed off a slew of EV prototypes, one of which was strikingly similar to a Tacoma in size and style, so there’s no doubt we’ll see some form of electrification in the new truck.

The forum post says its sources confirmed that Toyota delayed production of the truck by around four months. The process was initially due to begin in August 2023, but the automaker is now looking at December 2023 for production. Dealers should start receiving inventory in early 2024.

When it finally arrives, the Tacoma will have a healthy bit of competition. The Rivian R1T recently hit the streets, and though it’s more expensive than the Tacoma is likely to be, it’s an incredible vehicle. Ford recently applied for trademarks on the Ranger Lightning and Maverick Lightning names, so we’re likely to see those trucks on sale around the same time.