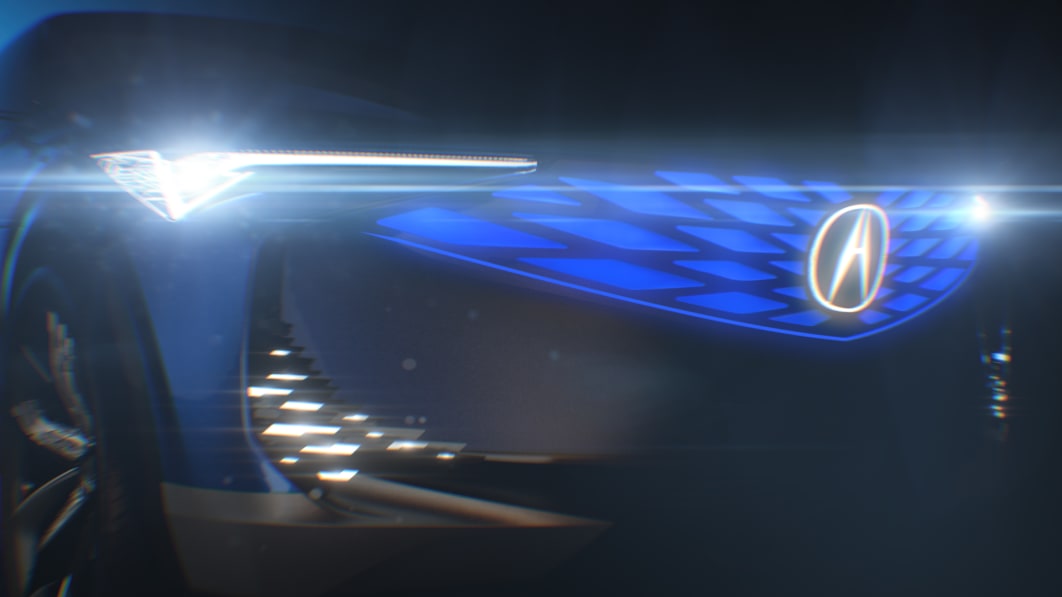 Acura is getting ready to to unveil a new all-electric concept to showcase the brand’s design language as it enters the age of electrification. A brief teaser video providing a glimpse of the car was released today accompanied by precious little information, but we can still glean a few tidbits.

The name, Acura Precision EV Concept, offers the first clue. Acura has applied the name “Precision” to flagship concepts in the past. The stunning 2016 Precision Concept was also said to define a new design language for the brand. It became a template for cars like the RDX and MDX, but it most resembled the sharp-looking TLX sedan that debuted in 2020 for the 2021 model year.

In the intervening years, luxury marques have become far more likely to introduce an electrified crossover as a flagship than an internal combustion sedan. The Precision EV concept seems to fit that mold.

From the video, we can see that the vehicle will have a rather tall section of black cladding below the “grille” area, as well as some contouring above the wheel wells. This suggests it’s quite likely an SUV rather than a low-slung sedan.

The would-be grille area now projects an illuminated Acura logo. The formerly high relief diamond shapes converging on the central emblem are now distinct lighting elements, with the same pattern repeated in a lower fog lamp areas on either side of the nose. Acura’s signature jewel-eye headlights with chicane DRLs are now slimmer and wider, meeting the grille area at the inner points.

So, what is it? Quite likely, we’ll soon see a preview of Acura’s upscale version of the Honda Prologue, an EV collab with General Motors. Riding on GM’s Ultium battery platform that will underpin Cadillac Lyriq, Honda has announced that the Prologue will spawn an Acura as well. Finally, thanks to unearthed trademark filings, we are led to believe that it will be named the Acura ADX.

Whatever it’s called, it’s not expected to hit the roads until the 2024 model year. That fits with the Precision EV Concept’s August 18 unveiling at this month’s Monterey Car Week festivities.