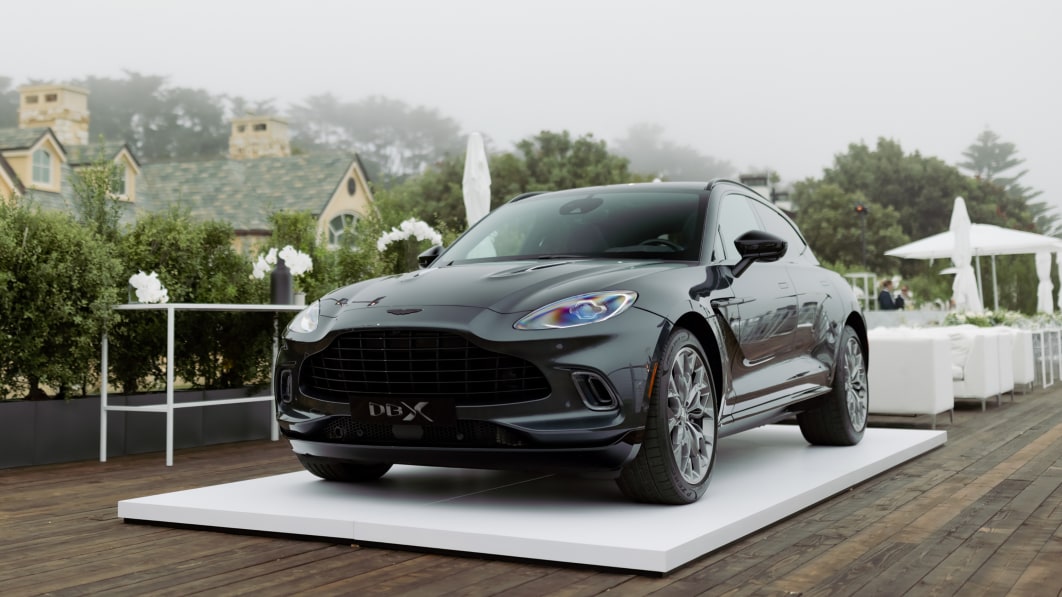 Aston Martin has at least three treats planned for its “strongest-ever presence” at this month’s Pebble Beach shindig. Two are surprises, including a “very special, ultra-exclusive” vehicle that will celebrate the first decade of the company’s Q by Aston Martin personalization service. The department that turns individual taste into automotive reality has done something said to “encapsulate the brand’s winning track bloodline, with a nod to success at the 24 Hours of Le Mans.” We don’t know what the model will be based on. Some muse it could be another limited-run special like the V12 Speedster DBR1. The cynic in us won’t be surprised to find a DBX with special colorways, leather embossing and checkered flag motifs resting on a northern California plinth.

The second surprise is a “high performance model” — as if Aston Martin makes anything else — that will go into series production, expected to be the V12 Vantage Roadster. The coupe dropped in March, a wild sendoff to the littlest 12-cylinder, front-engine sports car in the company’s lineup and the last Vantage to get the twin-turbo 5.2-liter V12. The note about series production wouldn’t mean unlimited production, though. There will be only 333 examples of the V12 Vantage, Roadster numbers could be even further restricted. Whatever it is, this one’s going to be revealed on Friday, August 19 at the English maker’s private Aston Martin Club 1913 that’s been relocated to provide a better view of the lawn during the Concours.

The final goody is an update on the progress of the Valhalla, the mid-engined hybrid supercar with a 4.0-liter twin-turbo V8 and three electric motors producing 937 hp and 738 lb-ft. We hear there will be a mockup of the revised interior that potential buyers will be able to sit in, experiencing the driver-focused, F1-like seating arrangements. Assuming nothing has changed since the Valhalla prototype exterior made its U.S. debut at last year’s Pebble Beach, the coupe will be limited to 999 examples, first deliveries planned for just two years from now.