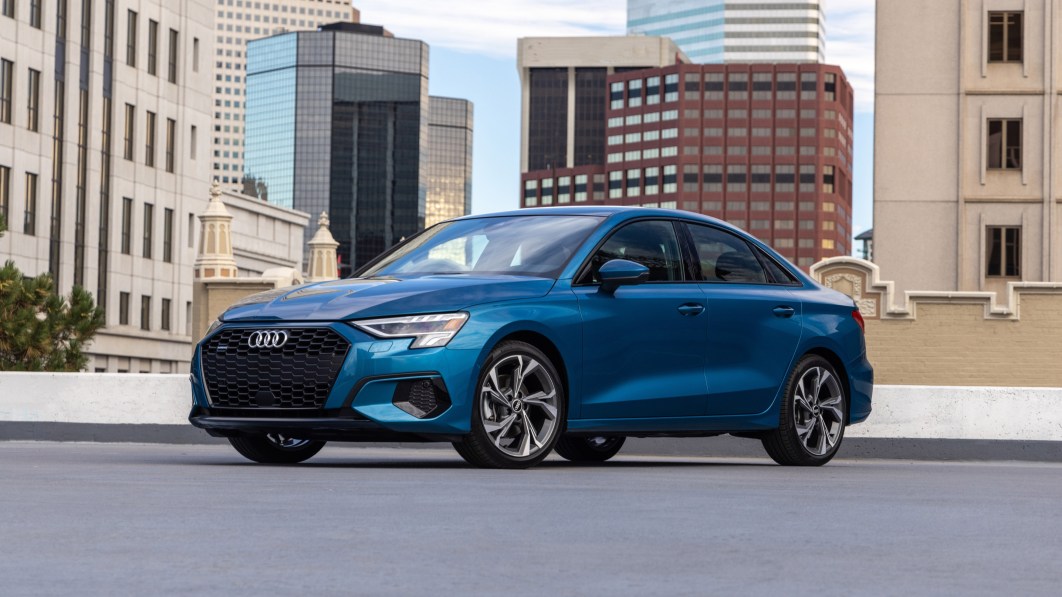 Audi and Jaguar Land Rover are each recalling several thousand vehicles for separate potential seatbelt issues. The recalls cover the 2022 Audi A3 and S3; 2022 Jaguar F-Type, F-Pace and XF; and the 2022-23 Land Rover Defender, Discovery, Discovery Sport, Range Rover Sport and Range Rover Velar. Examples of these vehicles may have shipped with seatbelt pretensioners that will not function properly in the event of an accident.

Audi is recalling its sedans for tensioner devices that may not adequately restrain drivers or passengers during a crash. The issue was discovered during Korean market crash testing of the high-performance RS 3.

“The seat belt tensioner in the affected vehicles serve the purpose of holding the passenger in his position in the seat,” Audi said in its defect report to NHTSA. “In the event of a crash, the retention force of the seat belt may not reach the intended level. As a result, the position of the body can be further to the front of the seat, which leads to a negative influence on the whole restraint system, increasing the risk of injury.”

A different company, Jaguar Land Rover (JLR), meanwhile, also has an issue with a batch of pretensioners installed in its cars and SUVs. Pretensioners are the devices that fire off to rapidly retract the seatbelt when a crash is detected. Most utilize an explosive charge and pressure tube JLR says that some pretensioner devices provided by one of its suppliers may not have properly-specified pressure tubes that may not channel the gasses to the retraction mechanism correctly.

“A damaged front seat belt pretensioner tube may have been installed on the seat belt retractor,” JLR’s report said. “This may result in a reduced level or complete loss of pre-tensioning in the event of a crash and increased occupant injury.”

Owners of the models included in both recall campaigns should receive notices from the manufacturers in the coming months.