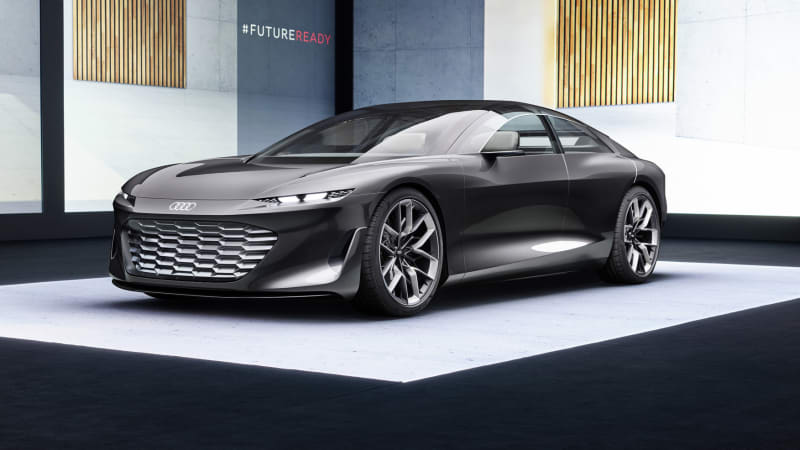 Two years ago, Audi’s then new CEO Markus Duesmann announced his first big initiative called Project Artemis. The plan’s marquee component is “to implement a new lighthouse project for Audi in record time,” being “a highly efficient electric car scheduled to be on the road as early as 2024″ on a brand new platform that would be shared with Porsche and Bentley. An ex-VW and -Porsche man named Alex Hitzinger, who’d also spent time at Apple working on the tech company’s electric car, was brought on board to lead Project Artemis and come up with new ideas. Parent Volkswagen Group said it wanted to become “as agile as in a racing team,” removing the bureaucratic molasses and bottlenecks interfering with getting the best product on the road in the best time. However, in any grand venture, failure comes before success. Automobilwoche reports that Artemis is struggling through issues large enough to push the product plans back by years.

The issue, as it was with the ID.3 lineup on the eve of that car’s launch, is software. Well, that’s the latest, largest problem; Artemis has already been through copious struggles before getting to the software bit. Two months after Hitzinger came on, in December 2020, VW raised its EV volume target from 50% to 70% by 2030. That necessitated a rethink of the VW Group’s entire platform strategy considering the far greater production scale. Hitzinger only lasted six months in the job, ousted in May 2021, supposedly because Audi believed his ideas were “not suitable for profitable series production” among other reasons. By that time, the pace of software development was already said to be six months behind schedule, with the Car.Software division working on VW.OS 2.0 “not yet running at the speed hoped for.” Internal frictions were noteworthy and costly as well. VW’s commercial division plant in Hanover was meant to build Artemis vehicles for Audi, Porsche and Bentley, but Automobilwoche reported in January of this year that Porsche paid a “”small three-digit million amount” — like $100 million or so — to get out of the deal mandating its vehicles come from the Hanover facility.

So Audi effectively brought Artemis in-house to lead vehicle development, and Car.Software turned into Cariad to get VW.OS and VW.AC, which stands for Automotive Cloud, to market.

The first Audi vehicle under Project Artemis was planned to arrive by the end of 2024, a production version of the Grandsphere concept. The ANE story says that problems at Cariad have the outfit “far behind schedule in its development of new software,” so the Audi won’t show until 2026 at the earliest, with 2027 being more likely according to the paper’s sources. And because this is a group-wide project, numerous vehicle launches are under threat. Production for the Q6 E-Tron is said to have been moved back a year, to September 2023. Porsche is already building pre-production units of the electric Macan — the platform sibling to the Q6 E-tron — but an insider told Automobilwoche, “The software is still missing.” The first Bentley EV is due in 2025, but Bentley’s conversion to an EV-only lineup by 2030 “is looking doubtful;”

It’s claimed Audi will get around the Landjet delay by getting “a slimmed-down electric flagship” to market in 2025. It will lack what was meant to be the signature feature of VW.OS, Level 4 autonomous capability. That’s planned to arrive with VW.OS 2.0, which VW wanted to have finished last year. Instead, Cariad will begin working with Bosch and will update VW.OS v1.2 for the Audi flagship.

It all sounds sordid, but remember, this is VW. The troubled launch of the MQB platform in 2014 cost VW’s production chief at the time his job after a 24-year tenure at the company and a stint as head of Porsche. The software problems confronting the ID.3 at launch cost several executives their jobs and encouraged the VW Group Board to revise CEO Herbert Diess’ job responsibilities. MQB came good, and VW is selling every ID.3 and ID.4 it can build. The Holy Roman Empire of car companies is no stranger to tripping on its own grand plans, but usually gets things turned around. Could be a prickly few years ahead, though.