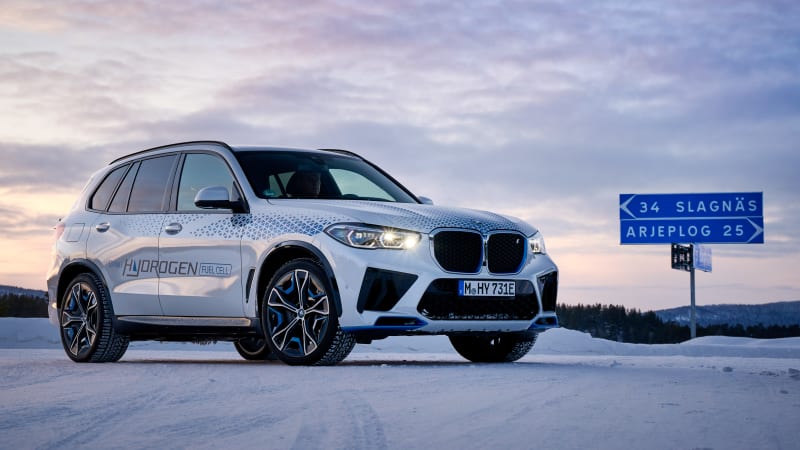 BMW is looking at partnerships to further its fuel cell vehicle efforts and will be working with Toyota to produce and sell fuel cell vehicles as soon as 2025. BMW’s already developed a hydrogen-powered X5 concept and plans to begin producing it on a small scale later this year.

The German automaker is no stranger to Toyota, having worked with the Japanese auto giant to co-develop the BMW Z4 and Toyota Supra. Executives told Nikkei Asia that the pair have other projects in the works, so we could see different types of vehicles come out of the partnership. Toyota has plenty of experience building hydrogen vehicles, as the Mirai sedan has been around for almost a decade running on the stuff.

BMW wants electric vehicles to make up half its global sales by 2030, but the company has seen strong enough demand that it might reach the 50% mark earlier than expected. Hydrogen fuel cell vehicles have some advantages over EVs because they are quicker and easier to refuel. A significant challenge on the road to widespread EV adoption is charging infrastructure and charging times.

Though BMW quotes charging infrastructure as a challenge for EVs, hydrogen vehicles are even more limited in availability and refueling options. The only hydrogen fueling stations are in California at the moment, which severely limits availability. Also, handling and dispensing hydrogen can be difficult because it requires special storage and has to be under high pressure to fill a car.

Focusing on such a limited technology may seem silly, but it’s part of BMW’s diversification efforts. The automaker believes that spreading its efforts and investments across various propulsion and fuel technologies will help it be more competitive going forward, especially as the unpredictability of supply chains and technical components continues to cause problems with the manufacturing and delivery of all vehicles.