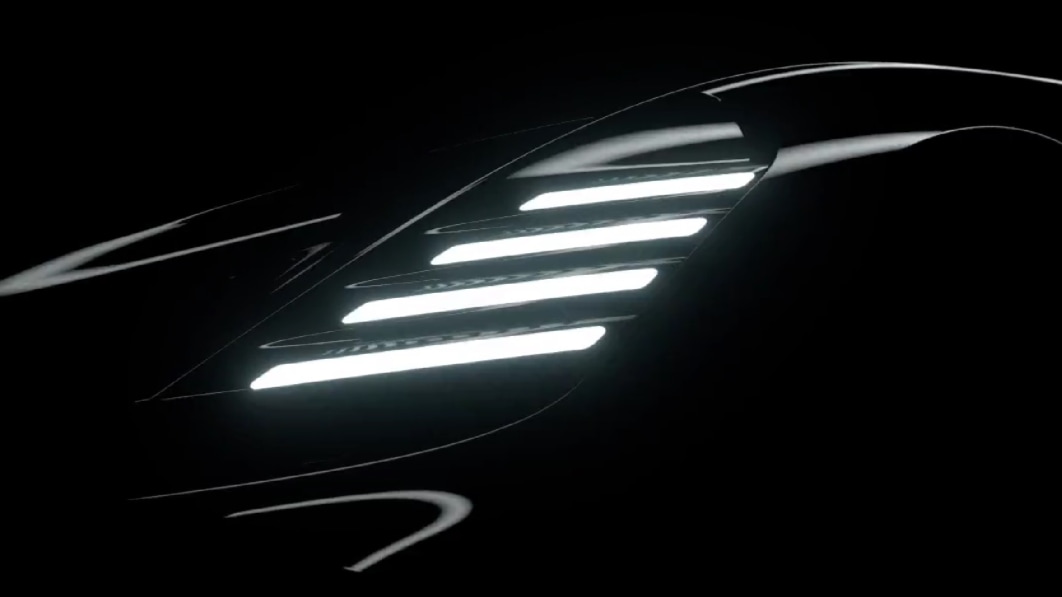 Bugatti will travel to The Quail, a Motorsports Gathering, with a surprise up its sleeve. The French company released a short video that previews a mysterious new model on its social media channels, but the 12-second teaser film asks more questions than it answers.

Let’s start with what we see: The video zooms in on four horizontal LED strips that look like they’re either a headlight or part of one. If we’re indeed looking at a headlight, the new model seemingly steers clear of borrowing styling cues from the Chiron, which wears horizontal units. Deciphering the various hashtags isn’t much help. Bugatti titled the video “Unlock an Icon” and hinted that it’s “#OpeningUpNewHorizons.”

As for the rest, well … your guess is as good as ours.

Whatever we’re looking at, it will be the first new Bugatti model since Croatia-based Rimac took over the brand in June 2021. Company founder Mate Rimac stressed that Bugatti won’t immediately drop piston-powered cars, and he also argued against lazily taking the electric Nevera and putting a Bugatti logo on it. Bugatti announced in January 2022 that the Chiron is sold out, though the W16-powered coupe remains in production, so the car depicted in the preview video likely isn’t another variant of it (like, say, the Super Sport).

All of our questions will be answered when the next addition to the Bugatti family makes its debut at 10:20 a.m. PDT this Friday, August 19, in Monterey, California. That’s 1:20 p.m. in New York City and 7:20 p.m. in Bugatti’s hometown of Molsheim, France.