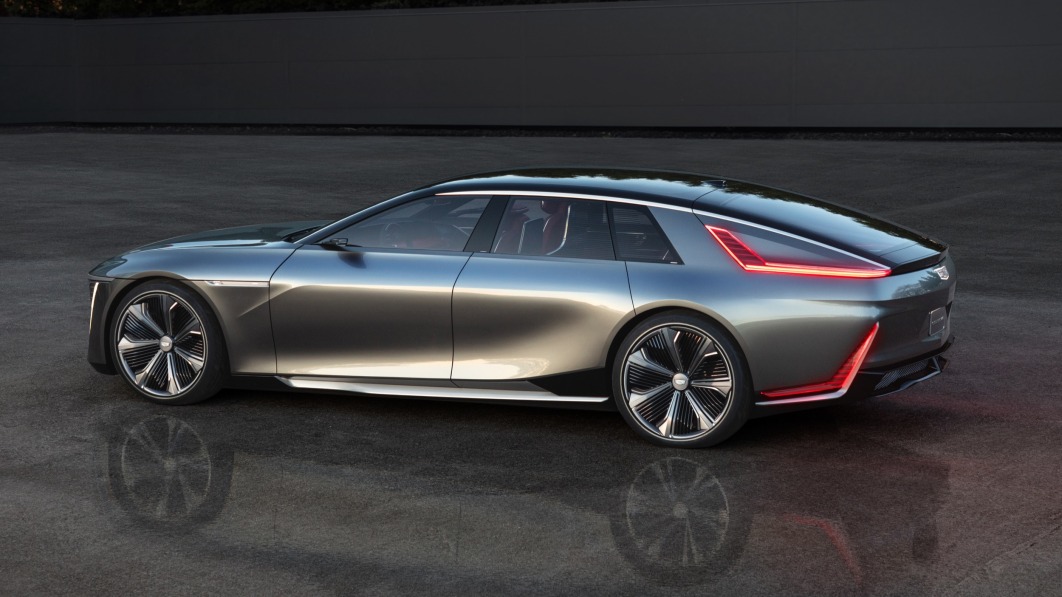 Over two years after we first saw the car in person at a private, no-cameras-allowed GM EV Day, we can finally show you the Cadillac Celestiq. Cadillac has officially revealed the Celestiq show car, an electric halo sedan meant to be an expensive and rare aspirational vehicle, and, along with the recently launched Lyriq electric crossover, a glimpse into the future of Cadillac design.

Inspired by Cadillac’s 120-year history — specifically pre-war V16 coaches and the 1957 Eldorado Brougham — this Celestiq show car is not just a tribute to the past, but also a big step forward into the all-electric brand Cadillac will become. It uses GM’s new Ultium electric powertrain technology, as well as the automaker’s next generation of hands-free driving technology, called Ultra Cruise.

On the outside, the hand-built Celestiq is lengthy in profile, with a long, low hood extending past the gigantic wheels up front, and the rear roofline tapering to completion at the lip spoiler atop the rear fascia. Like the Lyriq, Lighting is a big part of the Celestiq’s outward personality. In addition to the vertical lighting on either side of it, the grille lights up in a warm smile, punctuated by an illuminated Cadillac badge in the center. The rear lighting elements begin on the sides of the car and extend around to the back. There’s also an illuminated crest on the rear, along with a light-up “Celestiq” nameplate.

Many screens and more colorful lighting bring the lounge-like interior to life. The centerpiece is a 55-inch LED display stretching across the dash. It features “electronic digital blinds” for privacy to allow the passenger to watch videos without distracting the driver. A screen resides on the back of each of the front headrests, as well as two more touchscreen controllers between the front and rear seats. We see some backlit door panel designs similar to those in the Lyriq. There’s also a “Smart Glass Roof” with “Suspended Particle Device” technology, allowing for four zones of variable lighting — one for each passenger.

As far as specifications, Cadillac is still reserving a lot of details for a later date. Nevertheless, folks at Cadillac had plenty to say about the vehicle.

“The Celestiq show car is the purest expression of Cadillac,” said Magalie Debellis, Cadillac Advanced Design Manager. “It brings to life the most integrated expressions of design and innovation in the brand’s history, coalescing in a defining statement of a true Cadillac flagship.”

Color & Trim Creative Designer Laetitia Lopez said, “We’ve combined the beauty of function with the beauty of form. We had to reconsider all aspects to immerse the customer, all of their senses, and create a connection with the vehicle through the finest genuine materials, exceptional detailing and advanced technology.”

Cadillac has not yet announced timing for production of the Celestiq, but we know it will be hand-built, allowing for plenty of customization. GM recently announced an $81 million investment at its tech center in Warren, Mich., where the Celestiq will be produced.