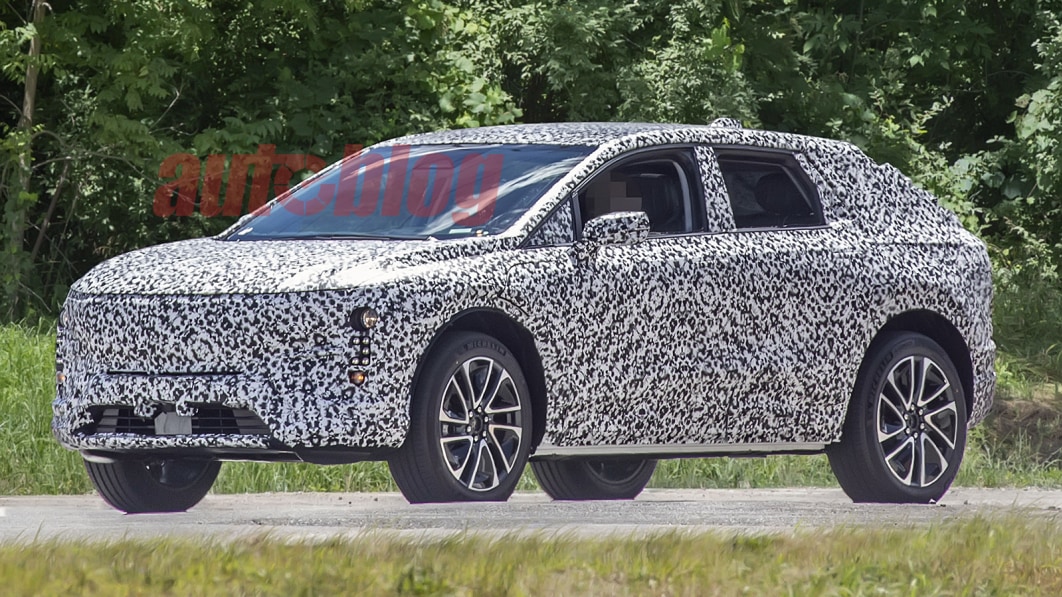 The electric Cadillac lineup is quickly coming together. The midsize Lyriq is already on sale, the halo Celestiq sedan has been revealed in show car form, and now spy photos show us something for the low end of the range. It’s a compact crossover SUV based on the proportions, and it shares quite a bit in common with the more expensive electric Caddies.

The overall design is clearly another iteration of what we’ve seen on other Cadillacs. It has a low nose, large grille and slim LED lights up front. The greenhouse is low with a steeply raked windshield. The rear pillars are thick, and they will probably include the tall integrated taillights like the Lyriq’s. This prototype also features a short little spoiler at the base of the hatch and what looks like could be a small vertical brake light on a little shark fin at the top of the hatch.

Coming back to this Cadillac’s greenhouse, it looks extremely similar to that of the upcoming Equinox EV. It has similar mirror placement, front quarter windows and up-turned kink in the window sill line. And considering the size, it wouldn’t be surprising if this is based on the Equinox EV. It will undoubtedly cost more up front than the reportedly sub-$30,000 price for the Equinox, but this Cadillac should be substantially more affordable than the Lyriq, which starts at more than $60,000.

This prototype looks pretty far along, but with its possible platform-mate the Equinox slated for the 2024 model year, we expect it will be at least a year, if not more, for the Cadillac to appear. As for a name, it will certainly end with a “Q,” but the name could be one of many. Cadillac has trademarked Vistiq, Symboliq and Lumistiq, among those that we know of. So take your bets now.