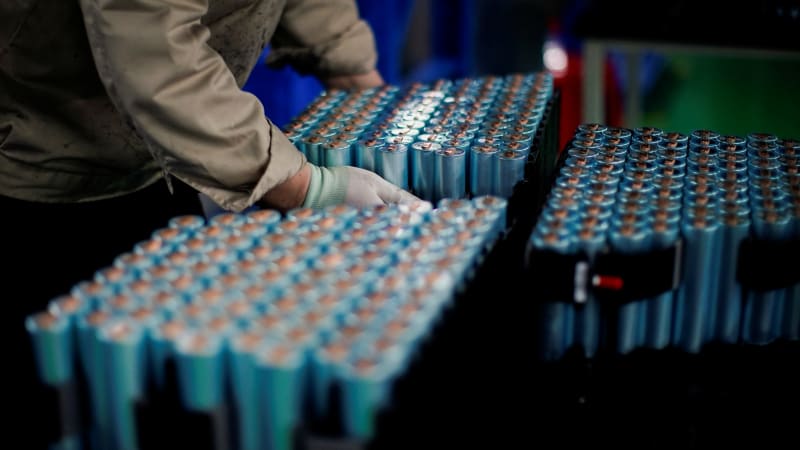 Electric vehicles are quickly becoming the go-to for many car buyers. Gas prices and environmental concerns are strong motivators for people to give up gas and go electric, but the segment is so new that there are still big unanswered questions. One has to do with the batteries that power the latest EVs hitting the market. Can electric car batteries be recycled?

Just like a mobile phone, EVs have lithium-ion batteries that can store energy and recharge once it’s spent. The problems arise when those batteries become so used that they can no longer provide an adequate range for EVs. The big, heavy batteries present a clear danger to the environment, so recycling has become a popular goal in the industry.

At the same time, recycling batteries is not cheap, efficient, nor quick. That will change in time, but for now, there’s work to do. Costs should eventually fall once there are enough EVs on the road to create benefits of scale, and there are uses for batteries once their lives powering electric vehicles come to an end.

Tesla claims it can recycle up to 92% of the materials inside its batteries and has said that none end up in landfills. While that may or may not be entirely accurate, companies are working to reduce costs and increase the number of materials that can be safely reused.

Currently, a battery takes a few main avenues once it reaches the end of its useful life. Three of the most prominent are included below.

Currently, the only EV battery material worth recycling is cobalt. That leaves lithium, manganese, and nickel, among a host of other materials that may not be economically recyclable or require additional processing that drives cost. That’s not only bad for the environment since there is a ton of leftover material, it’s also bad for recyclers because unless there’s a buyer lined up for lithium and manganese, they could be out of luck.

The two main methods for recycling batteries involve either extreme temperatures or acid. Both processes generate emissions and create waste, which can end up in the environment. Then there’s the matter of economics, as many battery companies look to use less cobalt. If that ends up being the case, recyclers’ already meager profit margins will take a beating. There is a method known as direct recycling, which leaves the cathode mixture intact, but it’s not yet ready for primetime.

Beyond the fact that it’s labor-intensive and sometimes dangerous to recycle the materials inside a battery, as explained by Science.org, the costs involved with transporting the batteries from one place to another are considerable expenses. Estimates peg the costs of transporting EV batteries to constitute as much as 40% of the overall costs of recycling. Additionally, due to the fire risk, some shipping and transport companies have strict guidelines on how and when EVs can be transported. Those who accept the loads might charge extra for the risk and hassle involved.

There’s good news, however. Companies like Redwood Materials are working on reducing transportation costs and incorporating more recycled materials into new batteries. The company is working with California residents to improve its processes to pick up and recycle spent lithium-ion batteries at no cost to the owner. The state itself formed an expert group to devise new and more efficient methods of battery recycling, so while the industry may be behind the pace of EV adoption, significant strides are being made to close the gap.

How long does an electric car battery last?

In general, according to Carfax.com, automakers warranty their electric car battery packs for at least eight years or 100,000 miles. California requires a longer warranty period of 10 years or 150,000 miles. Beyond the warranty, though, there’s the issue of battery degradation. Batteries lose some capacity over time, but not so much that it is generally something to be concerned about with today’s long-range electric cars. Degradation is variable, too. Regularly allowing the battery pack to dip below 20-percent capacity can cause faster degradation, as can regular use of high-speed chargers.

Studies like this one from Geotab.com can help buyers understand what to expect when it comes to EV battery degradation, even sorting the results by vehicle model. According to the study, “The vast majority of batteries will outlast the usable life of the vehicle.”

Depending on the costs, electric vehicle owners should consider replacing their batteries or car when they degrade to between 70% and 80% of their original capacities. Once that happens, the vehicle may not deliver the range and power expected. However, a reduced-capacity EV battery may have uses that extend beyond its useful life in a car.

Read more: EV charging guide | What to know when buying an electric car

Companies and individuals have developed methods for repurposing the batteries into home power storage units and various other DIY projects. This allows the reuse of the battery with minimal alterations and no additional raw materials. It does not, however, change the fact that the battery is still in one piece and will eventually need to be recycled or disposed of.

Companies like RePurpose Energy are developing reuse strategies. Their system uses multiple batteries connected and managed by a monitoring and cooling system. The final product is large – about the size of a shipping container – and stores electricity generated from solar panels during the day. At the end of their usable life as solar energy stores, the batteries are suitable for recycling.

Because the costs of recycling EV batteries are so high, it’s not always economically reasonable for a scrapyard or recycling company to do so. In these cases, the batteries are sometimes stored at places like Spiers New Technologies in Oklahoma, according to Wired, in hopes that the financial benefits of recycling eventually catch up with the costs. Automakers often take this approach with batteries they’ve received under warranty. There are risks with doing this, as used batteries can present a fire risk, especially if there’s damage or a defect in the cells from the factory.