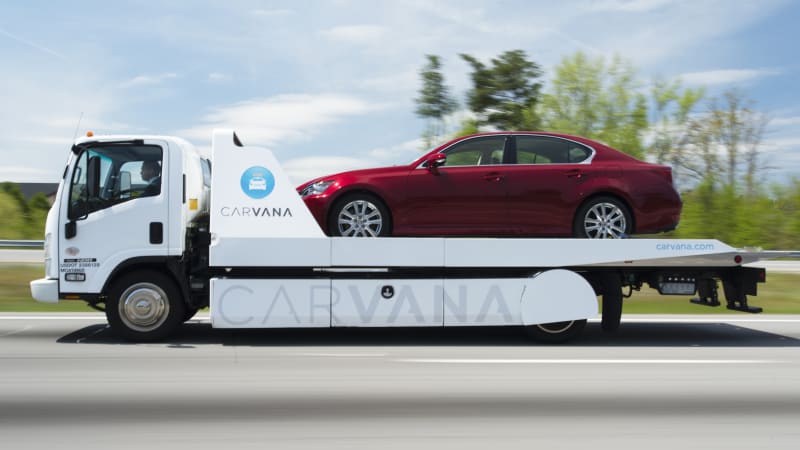 Carvana has been a font of odd news for a while, its superheated growth causing superheated problems. The online car dealer sold 6,523 vehicles in 2015. In 2021, that number was higher than 300,000. Issues with getting car buyers their titles and registrations in a timely manner continue to dog the company, as do problems selling cars with sketchy backgrounds and selling cars for which Carvana doesn’t hold title. Most recently, Illinois’ secretary of state stopped Carvana from selling cars there in May because of improper titling and use of temporary tags. The company got its dealer license back after pledging to use third-party services in Illinois to process titles and issue tags. Two months later, Illinois regulators have revoked Carvana’s license again, saying the company committed the same violations it pledged to correct in May. The secretary of state’s office told Chicago’s NBC 5 that Carvana “continued to conduct business in a manner that violates Illinois law.”

Carvana paid a $250,000 bond for the May infraction, meant to guarantee good behavior. Not only is that money gone, but it isn’t clear when the suspension might end. The state said it had put “strict guidelines” in place for the dealer to resume local sales. Seeing that voluntary compliance didn’t do the trick, it’s possible Illinois will want to institute a punitive regime of provable compliance before giving Carvana the green light again. The state could also follow the lead of Michigan, which put Carvana on 18-month probation in May 2021 over the same kinds of problems.

Carvana hasn’t addressed the allegations directly, either declining to respond or sending PR blurbs. A letter from the company to shareholders in Q3 2021 explained, “Our explosive growth in buying cars from customers over the last two quarters created significant operational constraints in our system. … Buying more cars from customers leads to more last-mile pickups, more customer care interactions, and more complex title processing requirements, which in turn leads to more complex registration processing. Our teams are responding by enhancing our systems and processes to adapt to this rapid change.”

That mea culpa came before Carvana announced it had lost $506 million in Q1 of this year, and before it laid off 2,500 workers via a pre-recorded Zoom call — at the same time it bought a used car auction house for $2.2 billion.

Illinois residents having issues with their Carvana purchase should contact the Illinois Secretary of State Police at 630-693-0551.