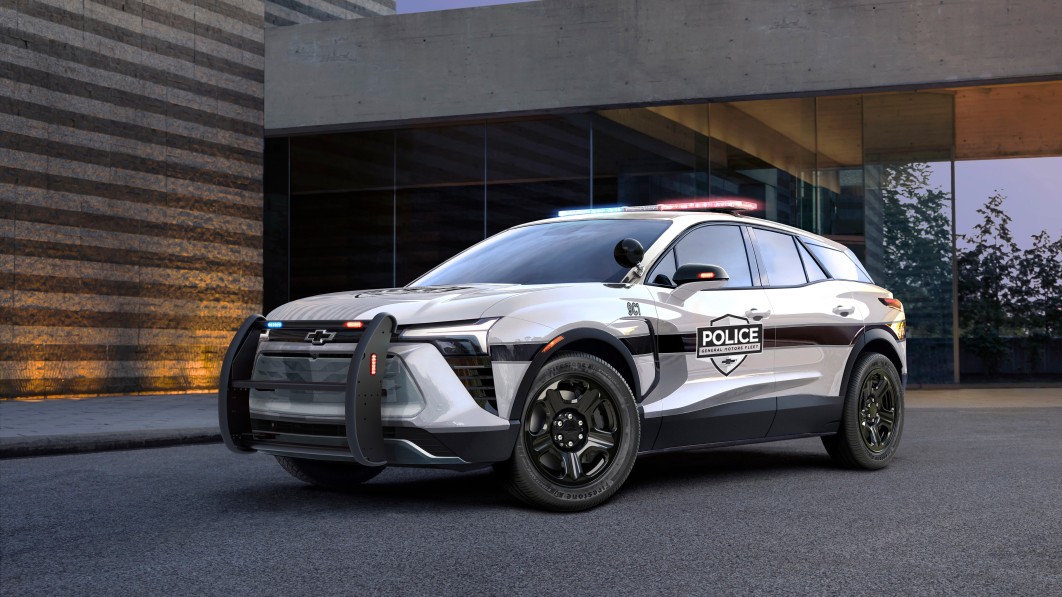 The 2024 Chevrolet Blazer EV was just revealed, but in addition to the civilian Blazer EV, GM is going to offer a Police Pursuit Vehicle version.

Judging from sitting in the backseat of the regular Blazer EV at GM’s media backgrounder, there’s enough space to put a perp or two, but it’s definitely no Tahoe. All Blazer EV PPV models will feature a police-specific interior that allows room for gear and emergency equipment.

Underneath, the cop car will feature the largest battery in the lineup. GM still isn’t saying how big the battery will be, but it’s clear that range is a priority for the Blazer EV Pursuit vehicle. Police departments will be able to choose between a single-motor rear-wheel-drive version or a dual-motor all-wheel-drive option. Chevy says the PPV will be based on the SS model, so while it’s not talking specific output, that could mean the AWD version could have the SS’ 557 horsepower and 648 pound-feet of torque. If so, that’s one spicy cop car.

Chevy does say that the PPV will have the high-performance Brembo brakes from the SS as standard equipment. Since it’s based on the SS model, that means it should have the “track-tuned” suspension, too.

GM says the PPV fleet model will arrive in the first quarter of 2024, so it’ll be nearly two years before you see the first Blazer EV cop cars on patrol.