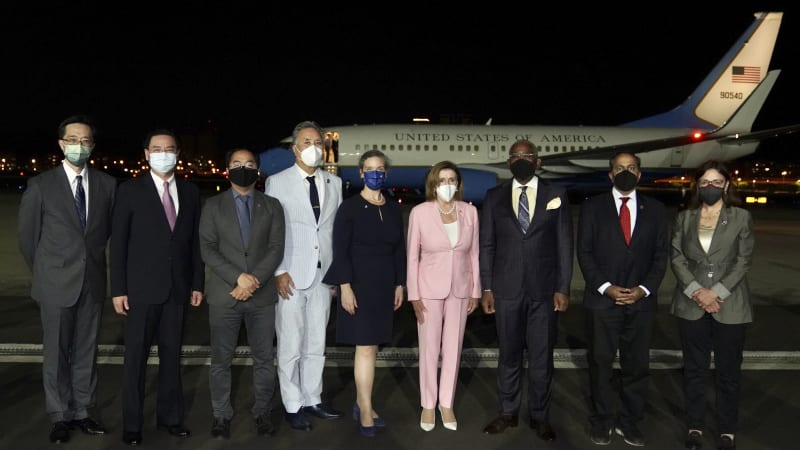 A giant Chinese supplier of electric-vehicle batteries decided to push back announcing a multibillion-dollar North American plant to supply Tesla Inc. and Ford Motor Co. due to tensions raised by House Speaker Nancy Pelosi’s trip to Taiwan, according to people familiar with the matter.

>Contemporary Amperex Technology Co. Ltd., the world’s biggest maker of batteries for electric vehicles, has been considering at least two locations in Mexico near the Texas border, as well as sites in the US, for the plant. China’s CATL has been in an advanced stage of site selection and negotiating incentives, in anticipation of announcing its selection in the coming weeks.

CATL now plans to wait until September or October to make the announcement, the people familiar with the process said Tuesday, asking not to be identified as the information isn’t public. The concern is that an announcement could stoke tensions at a sensitive time in US-China ties amid the controversial Pelosi visit to Taiwan, they said.

Pelosi landed in Taipei, Taiwan’s capital, on Tuesday evening local time in the face of threats and opposition from China, which regards Taiwan as part of its territory. Pelosi’s trip makes her the highest-ranking US politician to visit the island in 25 years, and Chinese officials have called it “provocative.”

CATL’s headquarters are in Fujian, across the Taiwan Strait from the island. China has announced military exercises will take place around the island this week in response to Pelosi’s visit to Taipei.

Bloomberg News reported last month that CATL is considering Ciudad Juarez, in the state of Chihuahua, and Saltillo, in Coahuila, and that the company is contemplating an investment of as much $5 billion in the project. Sites in the US and Mexico are still under active consideration, and there’s no intention to walk away from the plan, the people said.

CATL is also weighing the need to establish a North America site alongside the potential impact of a US legislative package being brokered between Democratic senators Chuck Schumer and Joe Manchin, the people said.

A key piece of that legislation requires EV makers to source a portion of battery minerals from — or processed in — a country with which the US has a free trade agreement, in order for their vehicles to qualify for consumer incentives. The US-Mexico-Canada Agreement went into effect in July 2020.