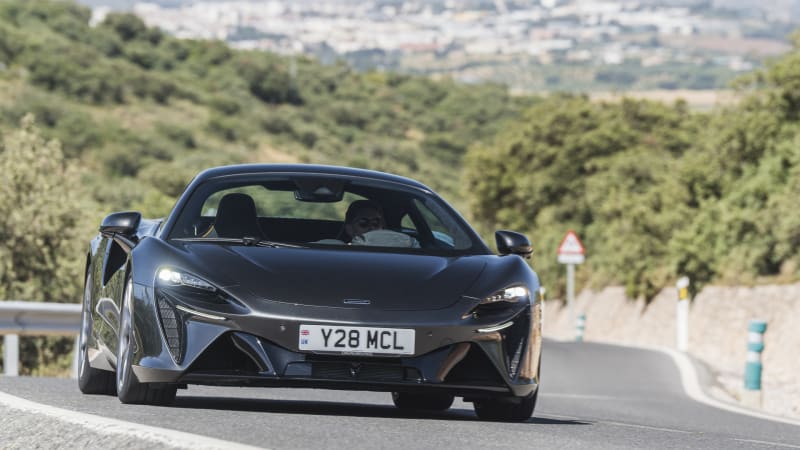 After ruling that motorists can no longer buy a new gasoline- or diesel-powered car after 2035, European Union regulators have passed a law that makes anti-speeding technology and a so-called black box mandatory for all new cars. The controversial features are a requirement in every car introduced after July 6, 2022, and they will become required in all new cars regardless of launch date starting in July 2024.

The anti-speeding technology is called Intelligent Speed Assistance (ISA) in government-speak. European regulators explain that the system calculates the posted speed limit by analyzing either data from the navigation system or data sent by the traffic sign recognition technology. If it detects that the driver is speeding it can perform one of four actions: send out a visual or acoustic warning (like a warning message in the instrument cluster or a chime), emit a series of vibrations (likely through the steering wheel), provide haptic feedback through the accelerator pedal, or automatically slow the car down to the posted limit. Carmakers are free to choose how the system they adopt reacts.

Regulators stress that, for the time being, the driver can override the ISA (even the type that slows down the car) by simply pushing down the accelerator pedal. There’s no word on what the system considers speeding, however. Are we talking 55 mph in a 50-mph zone or 95 mph on the highway? Similarly, officials haven’t explained how they will ensure that the speed limit information fed to the ISA is accurate.

On a personal note, I drive through a tunnel when I go to the airport. The speed limit is 130 kph (about 80 mph, which is par for the course on French highways), but the tunnel goes under a road that’s limited to 70 kph (around 45 mph). Every time I’m in it, a “woah there, slow down” message appears in the instrument cluster. This isn’t an isolated case, and it’s an issue that will need to be resolved sooner rather than later.

As for the black box also made mandatory by European officials, it’s a device that records and saves data points like the car’s speed, the engine’s revolutions, the brake and accelerator pedal inputs, the force of the impact, and whether the occupants are wearing a seatbelt 30 seconds before and 10 seconds after an accident. Regulators stress that this information will exclusively be available to law enforcement officials in the event of a crash and to the various government agencies in charge of compiling traffic accident-related data.