This will probably come as a shock, but it’s basically impossible for me not to look at cars. While walking the dogs, I’m inevitably peaking inside that M3 to see if it has a manual. While chatting with my wife, I’ll interrupt the conversation to point out that sweet E63 wagon that isn’t painted black or silver. While strolling along the moonlit banks of Amsterdam canals with quaint Dutch houses and the aroma of tulips in the air, my head resembled a squirrel’s.

“Wow, is that a Citroen DS?! Look at that two-door Discovery! Who in the hell bought a Mercury Colony Park here? Or, good god, a Pacer?!”

(Note, I saw every one of those cars there. It’s a bonkers-car paradise).

This automotive attention deficient disorder, or AADD as I’ll call it, extends to watching television and movies. Upon watching the exceptional 1980s Cold War spy drama, “The Americans,” it was hard not to admire all the Malaise classics(?), including the Jennings’ bronze Oldsmobile Eighty-Eight. Of course, when I watched the series the second time, I found myself noticing the same cars over and over again in the background. And when I notice something like that, it’s hard not to be distracted by it even more. 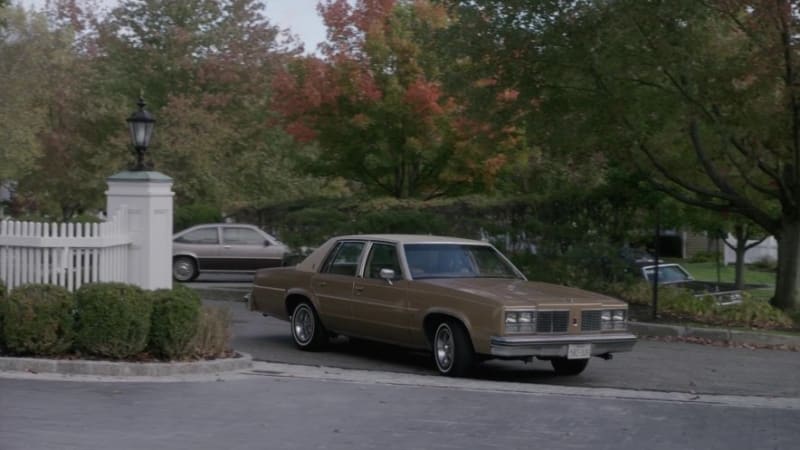 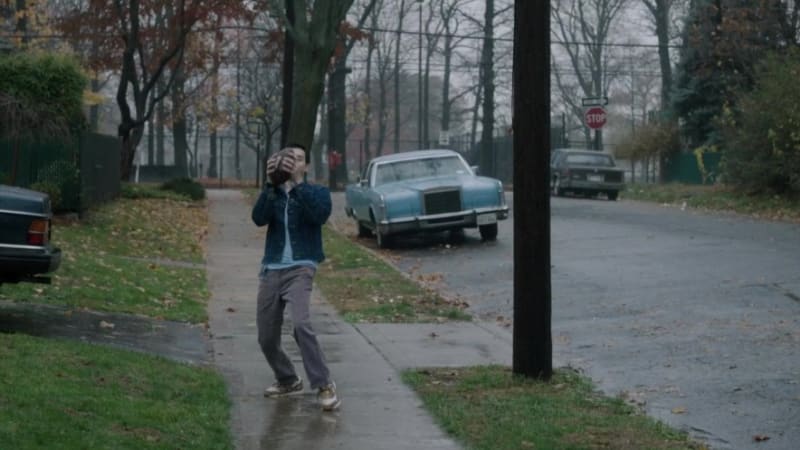 Recently, while watching “Julia” on HBO MAX, my AADD spotted something in particular: “They sure drove a lot of two-door cars in 1960s Boston.”

Indeed, the number of coupes and convertibles sure seemed shockingly high. Thunderbirds in particular must’ve been just flying out of Hahvahd Yahd Ford-Lincoln-Mercury back in ‘62. They were apparently prolific in New York too, especially painted baby blue (see below). Even Julia and Paul Child drive a two-door car, a beautiful red Volvo PV444 just like the one enjoyed by this handsome 1950s Swedish couple. 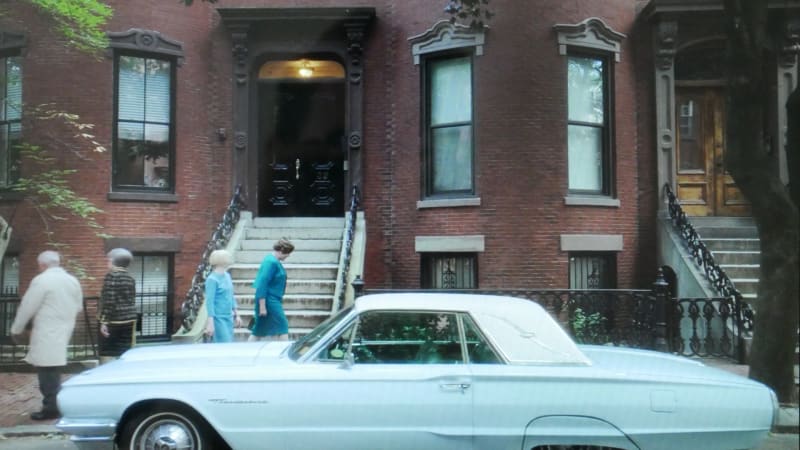 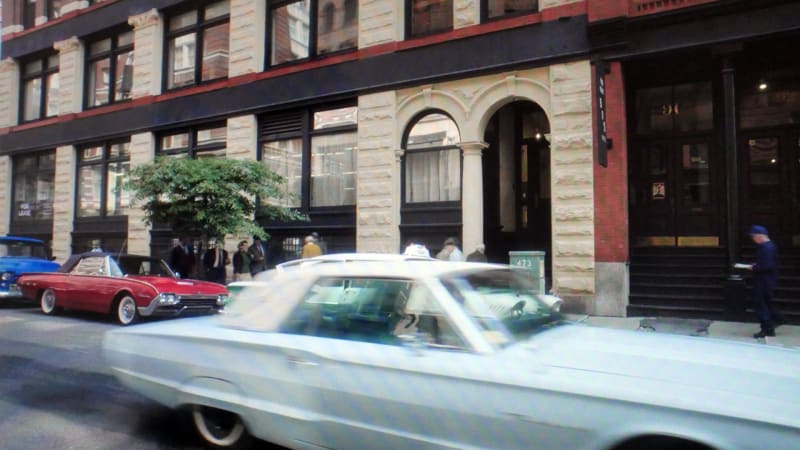 As the years go by, the number of practical four-door cars surviving will dwindle even further, which would explain (in part) the difference in background cars between a show set in 1980s Northern Virginia, and one set in 1960s Boston. Basically, the older the TV or movie setting, the more two-door cars will be disproportionately represented. At least that’s my running theory. And, sure, coupes and convertibles used to be far more popular in the past, but not this popular. I would also imagine that imported cars are also more disproportionately featured in period pieces for the exact same reason as Thunderbirds and Camaros.

This makes me wonder: How will future period pieces about this era recall our automotive landscape? Fewer people are buying second cars or those they’d keep minty fresh for years to come. The dwindling number of two-door cars and increased ubiquity of four doors and SUVs show that people have become awfully practical about their car buying, which doesn’t exactly lend itself to preservation. Even those cars from import brands seem less likely to survive: It’s just really hard to see someone hanging onto a GLC or GLE as they would’ve a 300D wagon or 1990s AMG sedan.

As such, I say good luck to the art directors of the future tasked with tracking down an accurate selection of circa 2022 automobiles. There’s probably going to be an even more humorously disproportionate number of coupes and convertibles (“wow, it’s amazing how popular the Toyota GR Supra was back then!”), plus a whole ton of Ford Broncos, Land Rover Defenders and other SUVs of the more collectible variety. Perhaps that will be appropriate, though. Even if the roads of the 1960s weren’t really filled with muscle cars and personal luxury coupes, it’s safe to say that most people would’ve at least liked to drive one if their budget or lifestyle only allowed. Today, how many Explorer or RAV4 buyers would rather be driving that two-door Bronco Badlands or a 4Runner TRD Pro painted Lunar Rock?

In that way, TV and movies don’t really depict the automotive landscape as it really was, but rather, what the people of the time wished it to be. That also seems rather fitting for Hollywood.