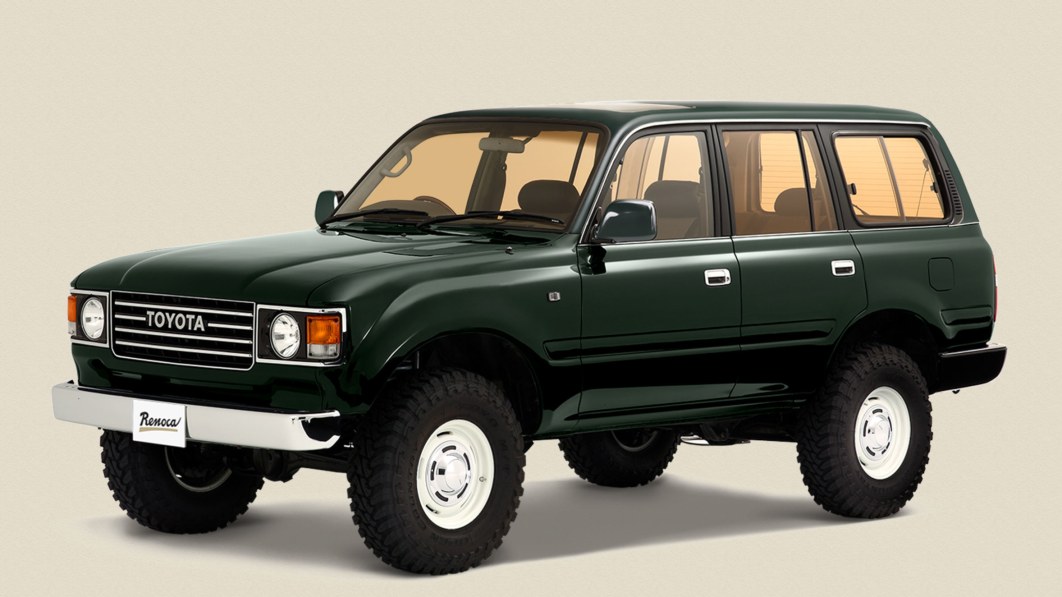 Japan’s Flex Ventures is about to offer American drivers another way to own a vehicle not quite like any other vehicle. In Japan, Flex is known for making various late-model Toyota vehicles look like earlier versions of themselves. When it comes to the Land Cruiser, Flex turns the 100 Series into a rough facsimile of the 60 Series and calls it the 106; it also pulls the same presto-change-o on the 80 Series and calls that the Wonder. The dealership and customizing shop is about to set up its first outlet beyond Japanese shores in San Diego, where U.S. clients can have their own Cruisers transformed.

Flex calls its works “Renoca,” a portmanteau of “renovation” and “car,” the aim to “promote a new car culture.” These renovations cover the exterior and interior, although most of the change occurs outside. The grilles are swapped for units that look like the proper FJ60, with round headlights flanking a centerpiece with four chromed bars surrounding TOYOTA spelled out in chrome letters. The side mirrors can be done up in chrome or body color, and chunky wheels wrap one of nine wheel choices such as plain steelies with dog dish center caps. Inside, seat material and fabrics are the only options.

Flex says its specialty is limiting its Japanese dealerships to one model, either the Land Cruiser or the Toyota Hi Ace van. The California outlet will color outside the lines, Flex saying it’s working on a conversion for the Toyota Tacoma pickup that will launch in San Diego. Prices haven’t been mentioned, but the Japanese configurator lists the Wonder pictured above as costing anywhere from 3,060,000 to 3,860,000 yen ($22,475 to $28,352 U.S.). The company says the San Diego location will open in winter 2022, meaning sometime after December 21 if it’s adhering to the calendar definition.