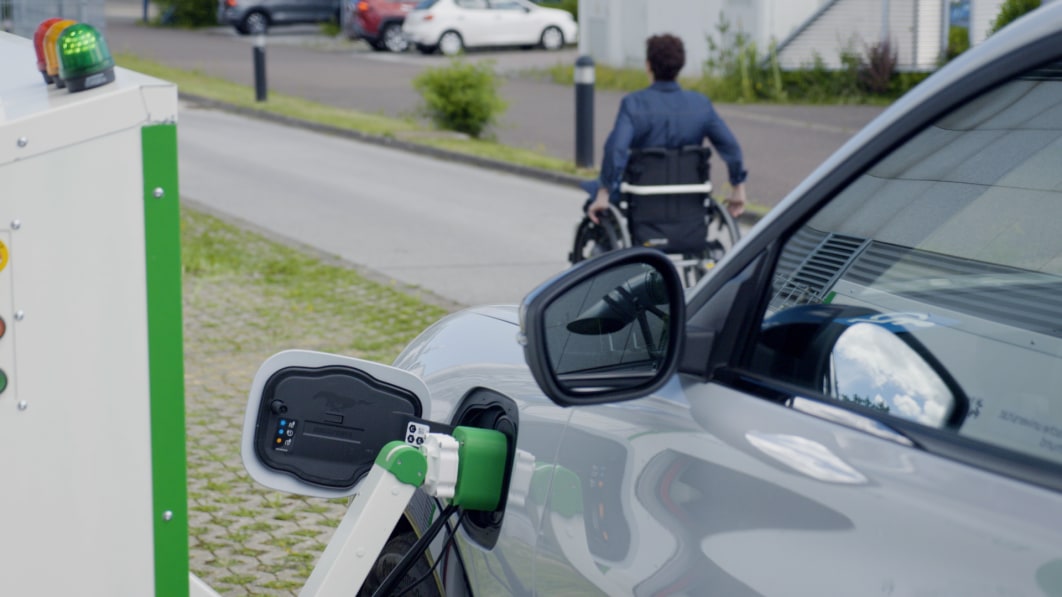 Today is the 32nd anniversary of the Americans with Disabilities Act going into effect, with Mini and Ford of Europe recently unveiling innovations to make transportation easier for those who might have difficulty with the basics of getting around.

In Germany, Mini created a version of the battery-electric Cooper SE with hand-operated driving controls, combining that with a series of training courses for people with disabilities. Ford’s innovation stuck to the EV side and the German heartland, too, with the American automaker beginning real-world trials of an automated charging station fitted with a robotic arm. While we wait for wireless charging to appear in parking garages and on roadways, getting full-service from a charging station would help a lot of EV users, especially the disabled.

For those who don’t remember, Tesla showed a “solid metal snake” in 2015 that the EV maker was testing to perform the same task. The “freaky,” “terrifying” and “sensual” appendage disappeared and probably won’t return. More recently, VW showed an autonomous charging robot prototype that could bring a charger to a vehicle parked in a garage, then hook up and disconnect on its own. Ford’s device does without the reptilian choreography of the former and the mobility of the latter — a simple, articulated arm emerges to line itself up with a charge port using cameras. Dortmund University designed the device, which can be controlled from a smartphone app inside the vehicle, where occupants are able to monitor charge status in the FordPass app. When the vehicle’s fully charged or at the requested time, the arm returns to its home in the charging station.

The automaker says it’s looking forward to development of an autonomous valet-like charging system, where a vehicle owner could send his car to a station that would refill the battery without any human input, then the vehicle would return to the owner. Bridging the gap from here to there, Ford will work with European charging network Ionity “to further improve the robot charging station.”