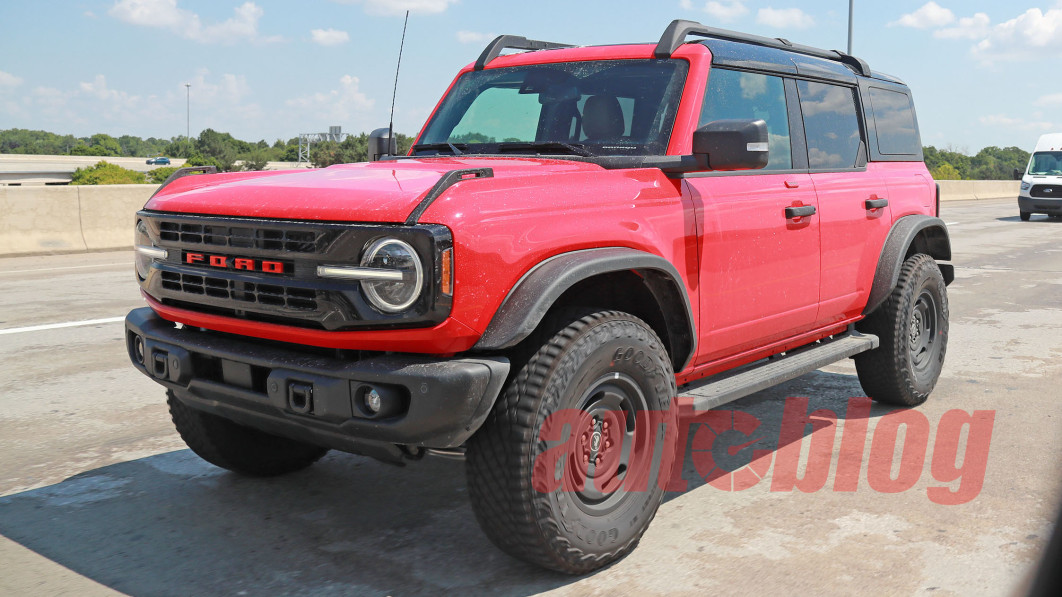 Spies managed to catch the long-rumored Ford Bronco Heritage Edition on the road without any camo this week, showing off its unique exterior elements for the first time. Everything that is new here is modeled after the ’66 Bronco, from the dog-dish style wheels to the bright finish on the rear bumper badge. Most prominently, we see “FORD” front and center on the grille, rather than “BRONCO.”

Likely still a pre-production prototype despite the lack of disguise, this example is also riding on the Sasquatch package’s 35-inch Goodyear tires. This is something we’ve seen consistently in testing, and we’re inclined to believe this is how it’ll be packaged when Ford makes a formal announcement. Whether that means the Heritage Edition requires the Sasquatch package or is merely compatible with it remains to be seen.

And it likely won’t remain that way for long. Summer is here and 2023 model year production should be spinning up literally any day now across many of Ford’s model lines. Product announcements and dealer availability shouldn’t be too far behind. Stay tuned.