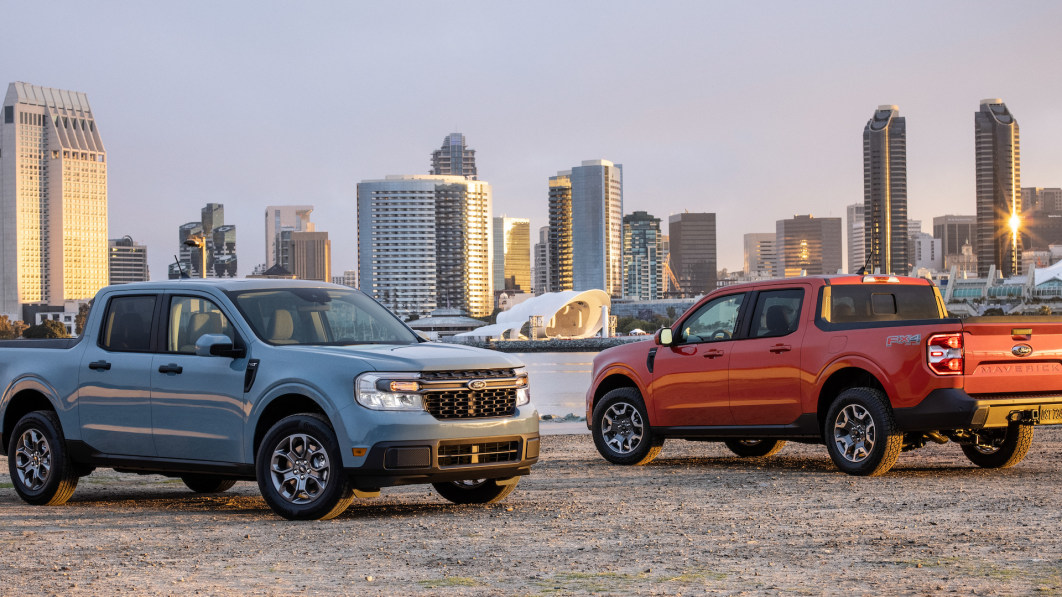 Ford is riding high on the immediate success of its recent vehicle releases. The Maverick and F-150 Lightning trucks are both sold out and in high demand, but there’s more in store for the next few years. A recent trademark filing demonstrates the automaker’s electric intentions for two pickup trucks, the Maverick and Ranger. Ford applied to trademark “Maverick Lightning” and “Ranger Lightning,” meaning we’re more than a little likely to see electric versions of both trucks shortly.

The Maverick is just a year old, and the Ranger is due for a full update in the coming months, but Ford is looking ahead. CarBuzz recently uncovered the trademark applications, filed by The Blue Oval, that confirm what we already (mostly) knew: The Ford Maverick and Ranger are going electric, and they’ll wear the Lightning badge, just like the big-brother F-150.

Ford CEO Jim Farley already let the cat partially out of the bag. Last year, he hinted that an electric Maverick is something he’d like to see. The big tease for new electric trucks came earlier this year at the F-150 Lightning reveal. At the event, Farley said Ford was working on an electric pickup “different from the F-150.”

Specifics on either electric truck are nonexistent at this point, but the Ranger could pick up select components from the F-150 Lightning. While the Maverick already comes standard as a hybrid, the Ranger has no available electrification, so we may see an electric Maverick and a hybrid Ranger wearing the Lightning name.

Ford is more than knee-deep in its electrification goals at this time. The automaker plans for EVs to account for half its global sales volume by 2030. It’s also hard at work building Blue Oval City, a multi-billion-dollar, multi-thousand-acre mega-campus located outside Memphis, Tenn. The new facility and another in Kentucky will create 11,000 new jobs and support Ford’s battery and EV manufacturing goals.

Related: 2024 Toyota Tacoma looks great in these renders, likely getting a BEV variant