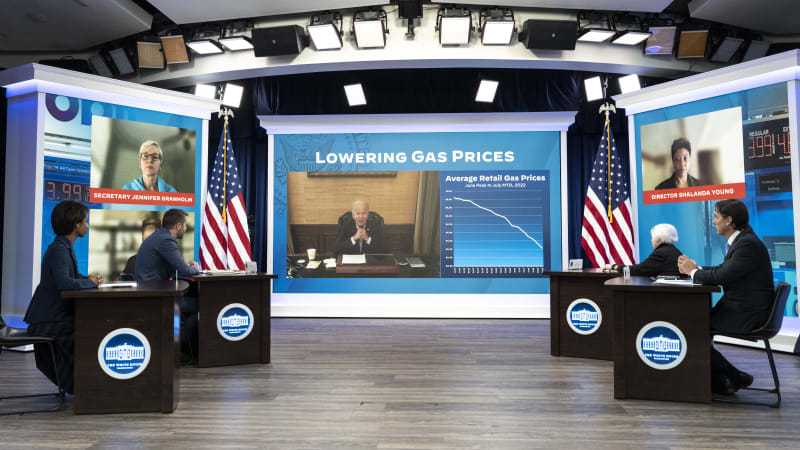 Gasoline prices may be easing but they’re not falling fast enough for President Joe Biden.

“It’s happening. But it’s not happening fast enough,” the president said Friday during a virtual meeting with his economic team. “We’ve made progress, but prices are still too high.”

US average gasoline prices have declined for 38 days in a row this summer amid weaker demand during a summertime slowdown. A gallon of regular gasoline averaged $4.41 as of Thursday, according to auto club AAA.

That’s a far cry from prices that topped $5 earlier this summer, but they still remain exceptionally high by historical standards and represent a very visible sign of inflation that could hurt Biden’s re-election bid in November, along with Democrat’s control of Congress.

Biden, in remarks that were delivered virtually, repeated his call for oil companies to take advantage of unused permits to drill on federal lands — “or lose them” — and also said oil companies making record profits should use that money to increase the production of gasoline instead of stock buybacks.

“The real answer is to get to a clean energy economy as soon as possible, turn this into something positive,” Biden said.