GMC is testing what looks a lot like a new full-size SUV alongside its current midsize Acadia, signaling the likelihood that it will return to full-size segment after the current generation has run its course. GM downsized the Acadia for the 2017 redesign, carving nearly 10 inches off its length and 3 inches from its girth. For the next generation, it appears that script will be aggressively flipped.

The hierarchy of GM’s unibody family SUVs was already a bit wonky before the Acadia’s 2017 redesign, and continues to be now. While it would be logical for the Chevrolet Traverse, GMC Acadia, Buick Enclave and Cadillac XT6 — all three-row crossovers — to be different skins on the same fundamental chassis, that’s not actually the case. The Acadia is a full foot shorter than either the Traverse or Enclave, with the XT6 falling in between. Based on these photos, that will no longer be the case when the new GMC Acadia debuts. Since the current one went on sale in 2016 as a 2017 model, it’s about due for a replacement. 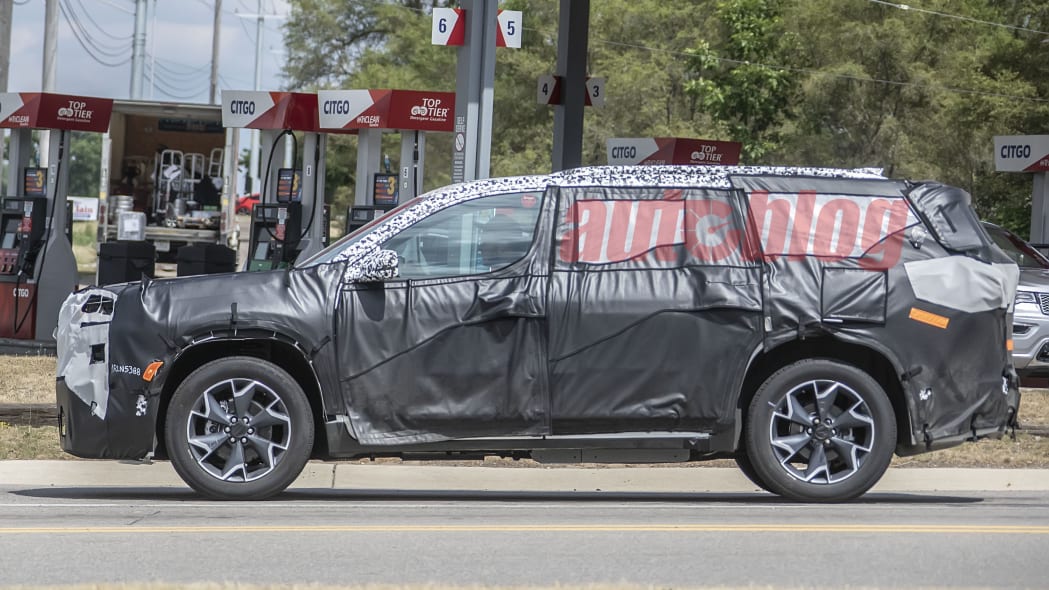 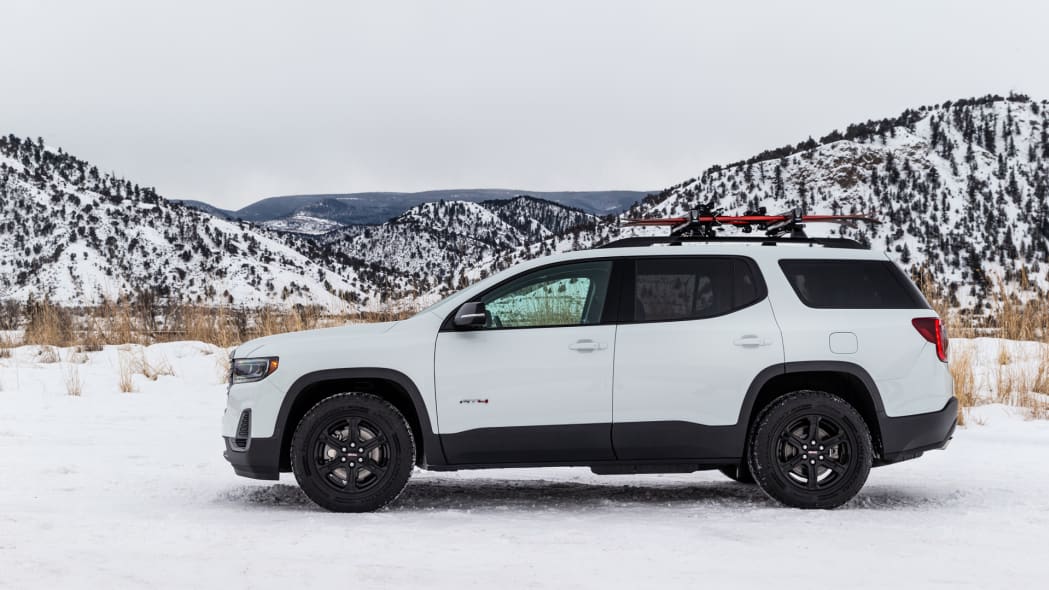 We can’t see much beyond basic proportions here, but those tell a clear story. It’s pretty obvious that the hood on the prototype is wider and sits higher than on the current car, with perhaps less slope to the now-wider nose. We can also see the faintest impressions of creasing on the flanks, likely leading to the same broad, angular hip treatment present on the current car. Viewed side-by-side, we can see a little more front and rear overhang. There’s no obvious hint of substantially longer wheelbase here (the rear doors line up almost perfectly), so we’re probably looking at something that is wider but not necessarily much longer.

In any event, we shouldn’t have to wait too long to find out exactly what GM has in store for its “Pro” brand.