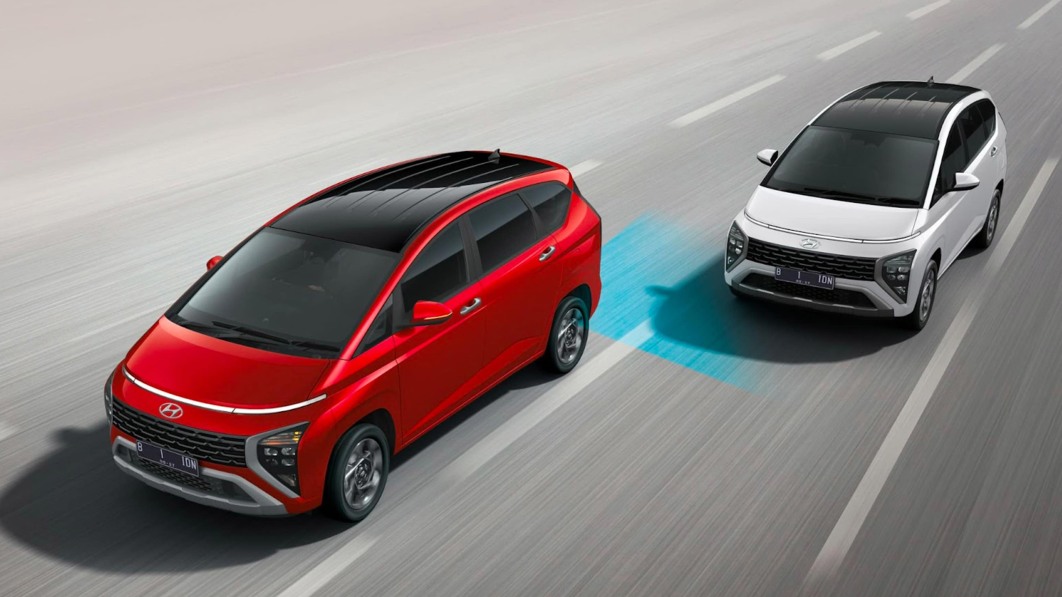 The Hyundai group has been knocking it out of the park with its concept cars recently. There have been stunning GTs, thrilling race cars, and retro-futuristic executive saloons. Even when the vehicle is as hum-drum as a minivan, Hyundai’s designers seem to have a fresh take, as was the case with last year’s Staria.

Sometimes, those concepts even make it into production largely intact. In that vein, the production Hyundai Stargazer takes elements from the funky Staria concept released last year. Before you ask, the answer is no. It’s not available in the U.S. In fact, it’s not even available in South Korea. Its primary and only market is Indonesia at the moment.

While not as cool as the Staria, the people mover still looks quite a bit more interesting than most offerings in this category. It looks to be smaller than the Staria, which was configured with four rows. The Stargazer is a three-row that can be ordered in six- or seven-passenger layouts.

Its solid LED light bar that spans the prow is plucked straight from the Staria concept. But now it’s mirrored on the rear with an LED taillight bar that forms the center line of what glows as a giant red H at night (how’s that for Hyundai branding?). Other interesting design details include the creases over front and rear wheel wells, the boomerang-shaped taillights, and a diamond quilt treatment at the D-pillar. From some angles, the Stargazer looks like it may resemble a minivan built by Mitsubishi, but overall the shape stands out as unique among vans.

There’s only one engine option for now, a 1.5-liter four-cylinder that generates 114 horsepower and 106 lb-ft of torque. It’s not going to set anyone’s hair on fire, but at least it’s available with a six-speed manual. Drivers who would prefer an automatic must go with a CVT.

The Stargazer joins a popular class of people mover in Southeast Asia that includes rivals like the Toyota Avanza and Mitsubishi Xpander. These generally have the vertical volume of a minivan, but have four hinged doors instead of rear sliders.  Typically they’re not anything we’d see as desirable, but it seems Hyundai has just injected some style into the segment.