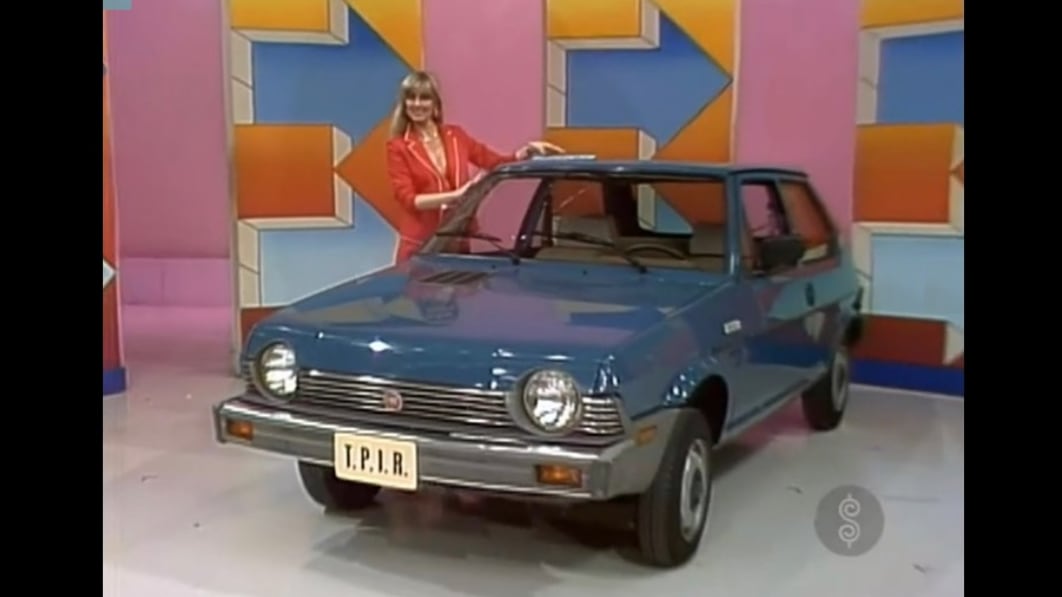 Hit game show “The Price is Right” is celebrating its 50th birthday in 2022, and an Instagram account has started documenting the cars given away over the past five decades. Some models have become classics, while others have completely disappeared from American roads.

Spotted by Grassroots Motorsports, the account is called tpircars. It has 174 posts as of writing and they all follow the same basic format: Each one includes a screenshot of a specific car and lines from the show announcer’s description. For example, the first car offered as a prize on the show was a Chevrolet Vega — a Kammback model, no less. It was offered in September 1972 and described by Johnny Olson as having “bucket seats, power steering, front disc brakes, an AM radio, and white-striped tires.” He added that it “handles like a little sports car.”

While the Vega Kammback was bit of an oddity, it’s not the most eccentric car given away on “The Price is Right.” Have you ever heard of an Opel Isuzu? No? Well, the person who won one in March 1977 probably hadn’t, either. The show didn’t shy away from oddball imports. It gave away a Mazda 808 sedan with “a four-speed syncromesh floor shift” in 1972, a Renault LeCar in 1979, and not one but two examples of the Fiat Strada (known as the Ritmo in Italy) in 1982. Both were presented as combining “superior handling and performance with great fuel economy,” though no mention was made of superior susceptibility to rust. (Please don’t send me angry emails; I own a 51-year-old Fiat).

Nicer cars were offered as prizes, too. I bet the person who won a Mercedes-Benz 280E (W123) in 1978 went home smiling, and the person who won a Porsche 944 in 1989 probably went home very, very quickly. In a way, some contestants won a second home: The prize on January 30, 1984, was a Ford-based, 19-foot motorhome with a stove, fridge, toilet, shower and CB radio, among other equipment.

It’s difficult to tell precisely what happened to these cars without knowing the VIN. Some likely depreciated into nothingness; what was a 1982 Pontiac J2000 station wagon worth in 2002? Game show provenance probably wasn’t enough to save it. Did the infamously Kenosha-built 1985 Renault Alliance live to celebrate its 10th birthday, or had it already metamorphosed into some kind of construction material?

Ultimately, a lot of the cars offered as a prize by “The Price is Right” over the past five decades were relatively mundane. They’re interesting now because we think, “Holy moly, you never see these anymore!” but they were fairly common and unremarkable (which does not mean that they were bad) when they were new. Winning a Ford Bronco II in 1984 must have been like winning a Bronco Sport in 2022. It’s exciting because you just won a new car on national television, but it’s not like Bob Barker or Drew Carey handed you the keys to a bright red Porsche 911 GT3.

And yet, some of the prizes have appreciated at a rate that even the shrewdest contestant couldn’t predict. Take the red and white 1975 Volkswagen Bus, the 1984 Toyota Pickup with off-road lights and an oh-so-1980s paint job, or the 1977 Chevrolet Blazer with a removable soft top. These have become reasonably sought-after classics that are worth more in 2022 than when they were new.