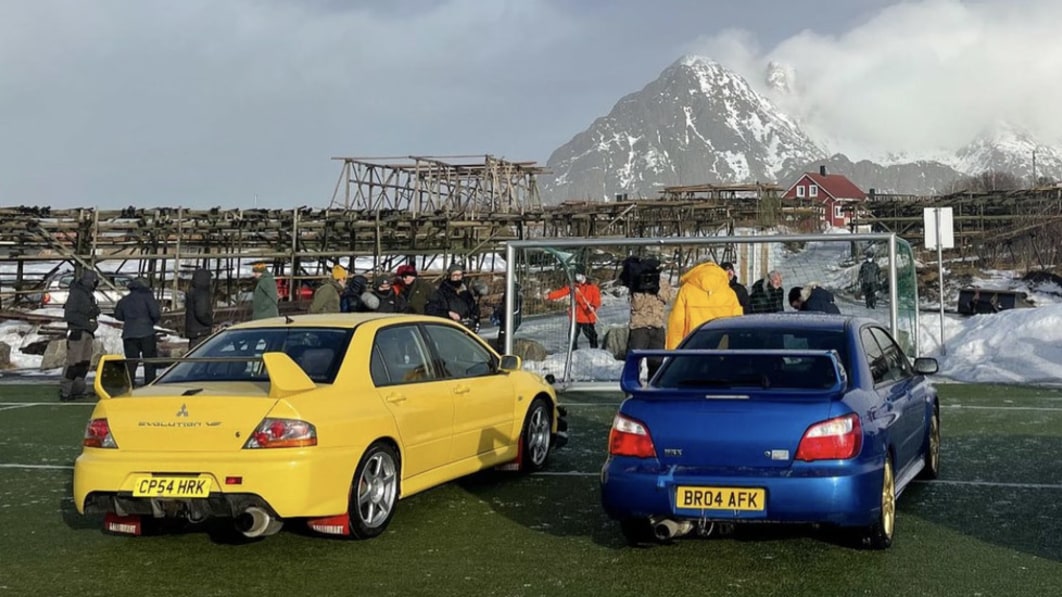 British auto journalist and TV host James May was reportedly whisked to the hospital after a crash during filming of The Grand Tour. The presenter was said to have been driving a yellow Mitsubishi Lancer Evolution VIII at 75 mph when he crashed into a tunnel wall.

Fortunately, The Sun reports that May, 59, broke a rib during the crash and required x-rays and a brain scan before being released from the hospital in mostly good health.

This was not always the case with the former BBC Top Gear hosts. Famously, Richard Hammond received severe injuries from a 2006 crash at 280 mph in a drag racer. Hammond was also involved in a fiery crash of a Rimac One in 2017, but walked away mostly uninjured.

The details of the crash are a bit vague, but apparently it involved a challenge where May was supposed to drive the Evo down a long tunnel at a naval base in Norway. The Sun describes the stunt as taking place in the pitch black passage, with lights only illuminating as the car drove by. With mere seconds to react, May was unable to brake in time from 75 mph and slammed the Evo into a wall.

The segment apparently involved May, Hammond, and Jeremy Clarkson taking AWD sedans to the Arctic Circle. Two other cars have been posted to social media by Clarkson himself and by fans, as discovered by Motor 1. Those cars are a Subaru Impreza WRX STI and an Audi RS4. After the Evo’s destruction, the Subaru and Audi continued on without it. The cars were driving in Norway six months ago, but May’s hospitalization is only now coming to light.

Thankfully Captain Slow, as May is nicknamed, is alright. As for the state of the increasingly endangered Evo, however, we’ll just have to wait until the next season of Grand Tour airs.