The American Motors Corporation, formed by the merger of Nash and Hudson in 1954, did very well during the late 1950s (despite the nasty recession that killed the Edsel) by selling small, affordable cars and marketing them intelligently. A pop song about the Rambler even hit #4 on the charts in 1958. At that time, Rambler — which began life as a model name in the Nash lineup — was the only AMC marque in showrooms; by 1960, Rambler sales were second only to those of Chevrolet and Ford. When it came time to revise the larger of the two Rambler platforms for the 1961 model year, AMC chairman George Romney — yes, Mitt’s father — decreed that the Rambler Six would become the Classic. Here’s one of those early Classics, a well-optioned Custom 2-door Club Sedan, found in the same northeastern Colorado car graveyard that gave us the 1982 Volvo 244 and 1949 Willys-Overland Jeep Truck Junkyard Gems in recent weeks. 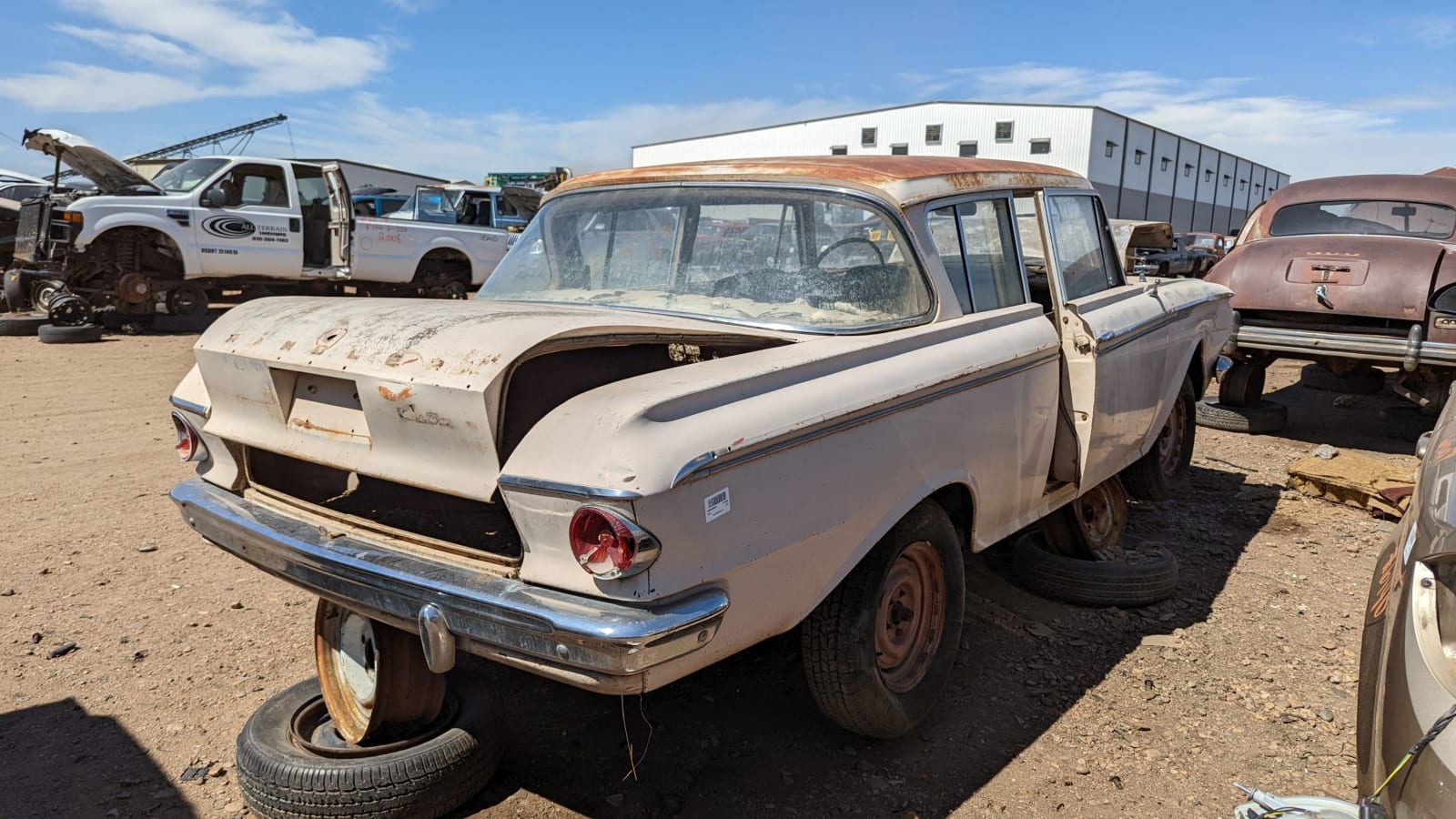 The Classic would go on to win Motor Trend’s Car of the Year award for 1963, For 1962, AMC moved nearly 300,000 new Classics off the assembly line and onto American roads, nearly as many Chevy IIs as GM managed to sell that year and edging ever-closer to the sales totals of Ford’s smash-hit Falcon. 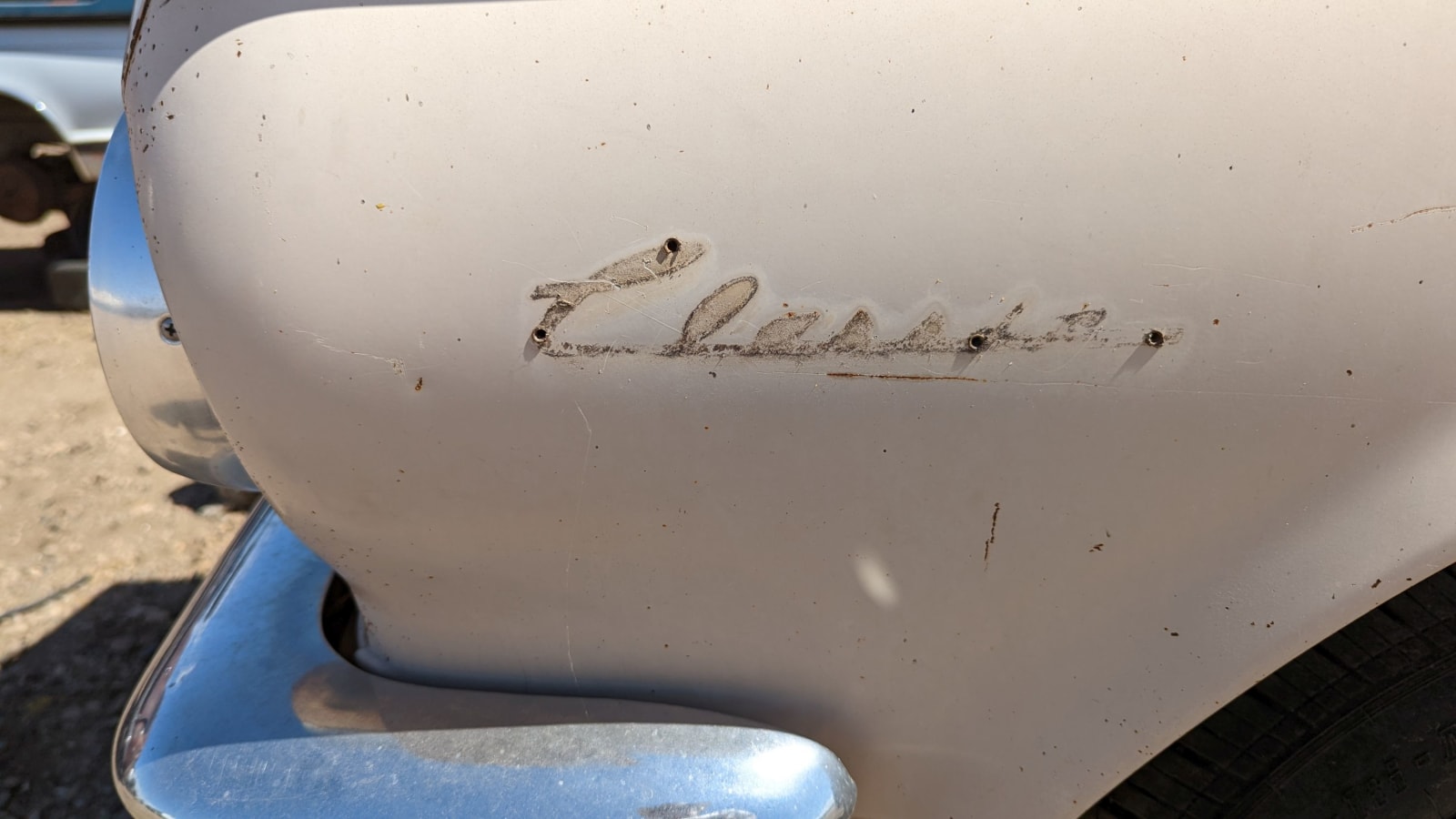 As we all know, AMCs fortunes gradually declined after the early-to-mid-1960s period, with the company eventually being bailed out by the French government (which owned Renault at the time) and then gobbled up by Iaococca’s Chrysler in order to glom the Jeep brand plus all the priceless Renault engineering in the Eagle Premier. Let’s not think about the lean decades for AMC right now, though, not when we’ve got this representative of the company’s high-water mark right here. 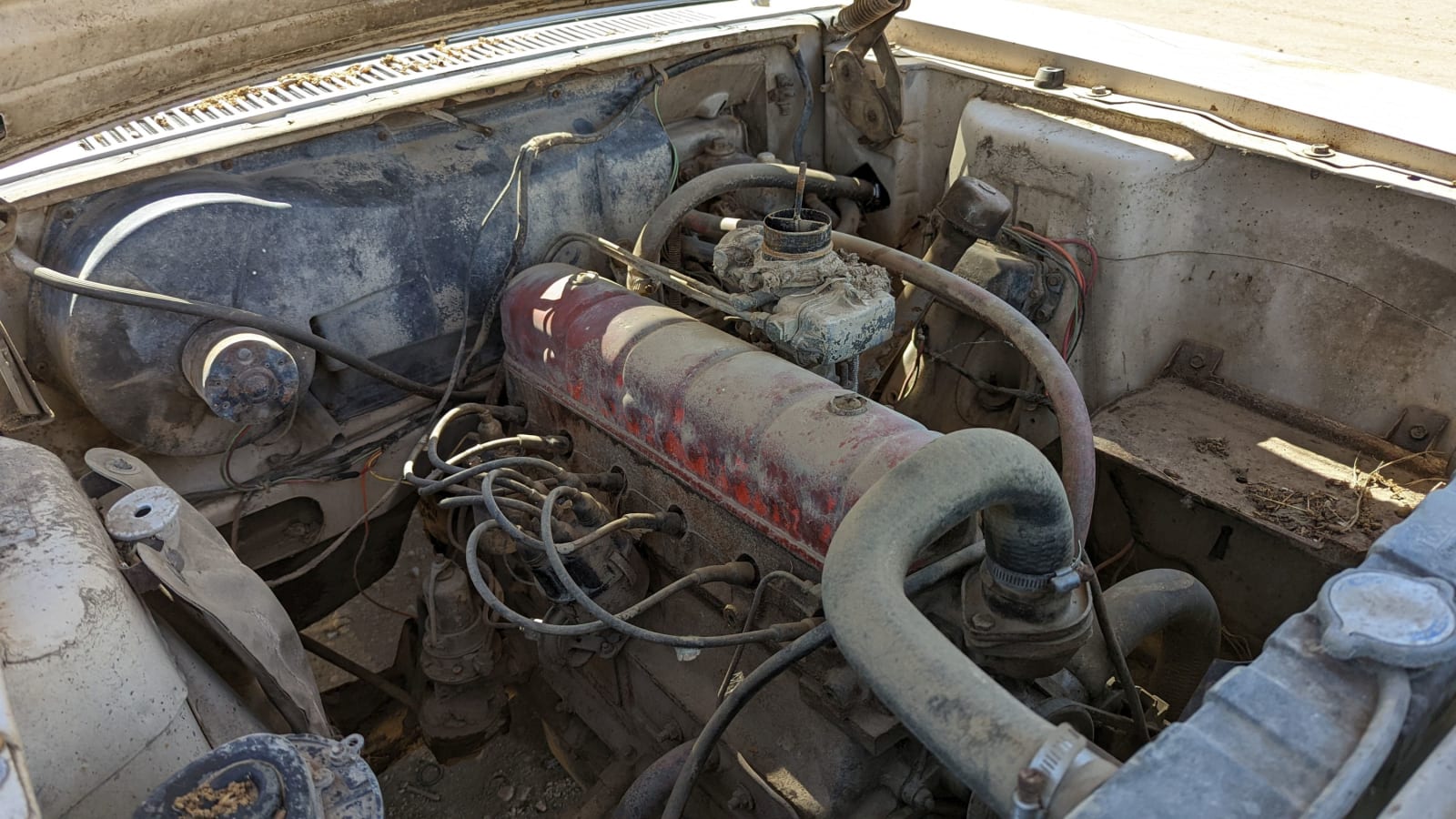 Believe it or not, new cars were still being sold in the United States in 1962 with flathead engines, including the very cheapest Rambler American models. Every Rambler Classic ever sold, however, got a modern overhead-valve engine, either a straight-six or a V8. This one has the six: a 196-cubic-inch (3.2-liter) plant rated at 127 horsepower. The engine you’re looking at here is the direct ancestor of the 4.0-liter engine that went into Jeeps from the late 1980s all the way through the 2006 Wrangler, not to mention the 232s and 258s that powered millions of AMC products during the 1970s and 1980s. 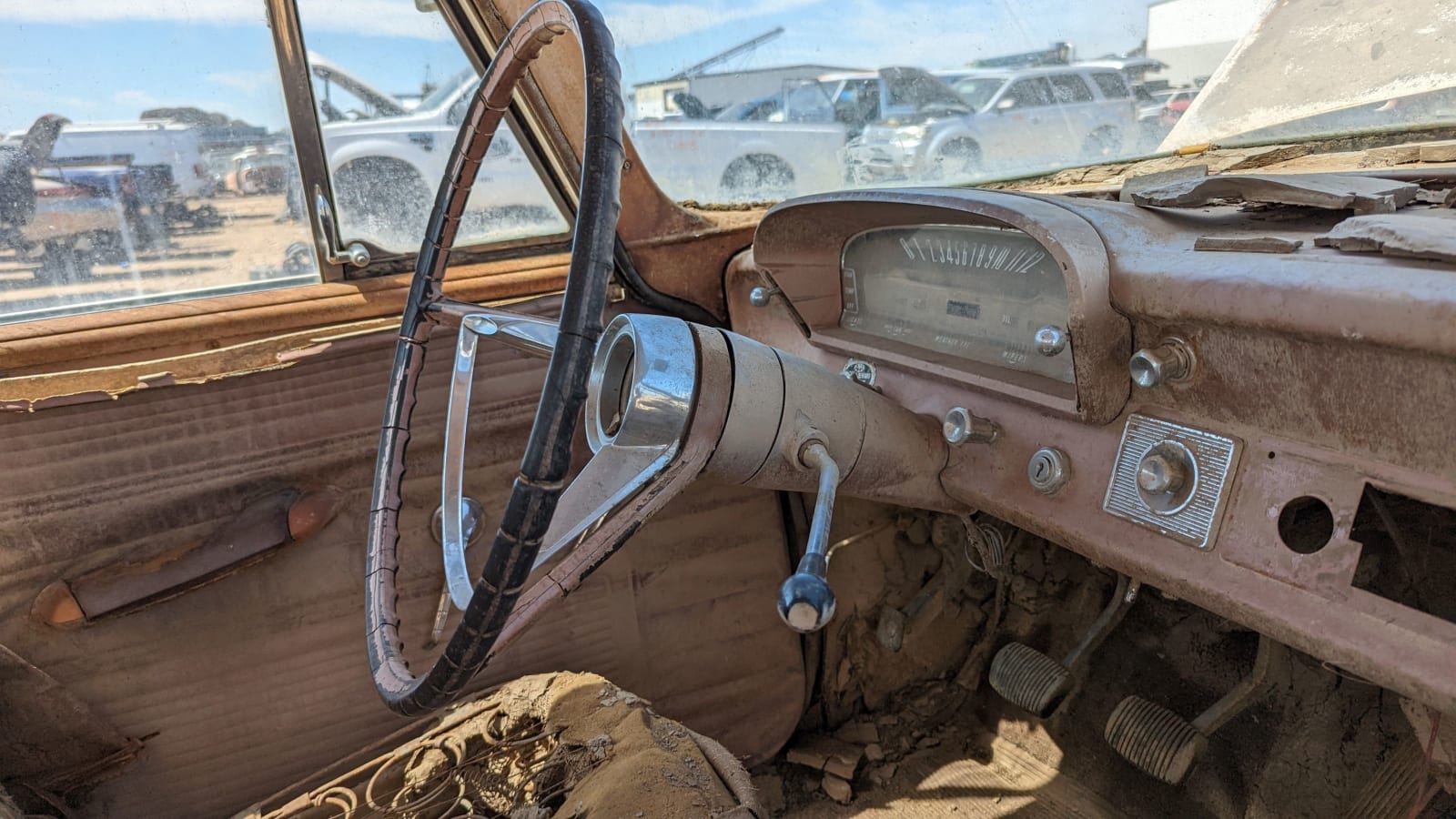 That column shifter looks like it controls an automatic, but the three-pedal setup tells us it’s a good old three-on-the-tree manual. This rig was still the most common transmission type in American cars in 1962, but automatics were gaining ground fast at that point. A Borg-Warner-made Flash-O-Matic three-speed automatic (a close relative of the automatics used in Volvo Amazons) could be had in the ’62 Classic for $186.50 (about $1,815 in 2022 dollars). 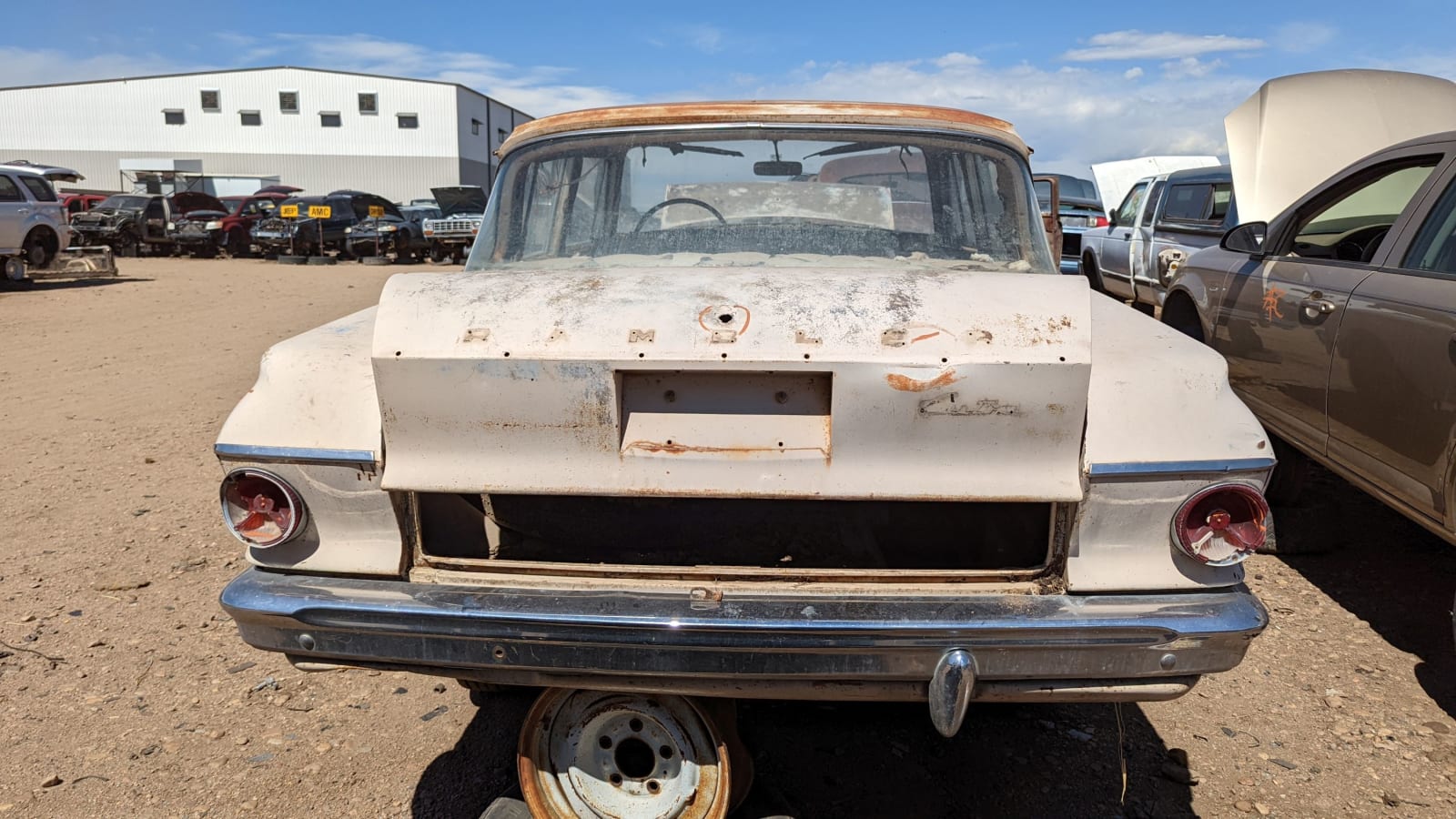 Since the price of this car started at $2,150 ($20,945 today), adding nearly 9% extra for the automatic didn’t make sense to most economy-minded Rambler shoppers. The very cheapest Rambler Classic that year cost an even $2,000, which brings it well below 20 grand in 2022 dollars. Not a bad set of wheels for the price! 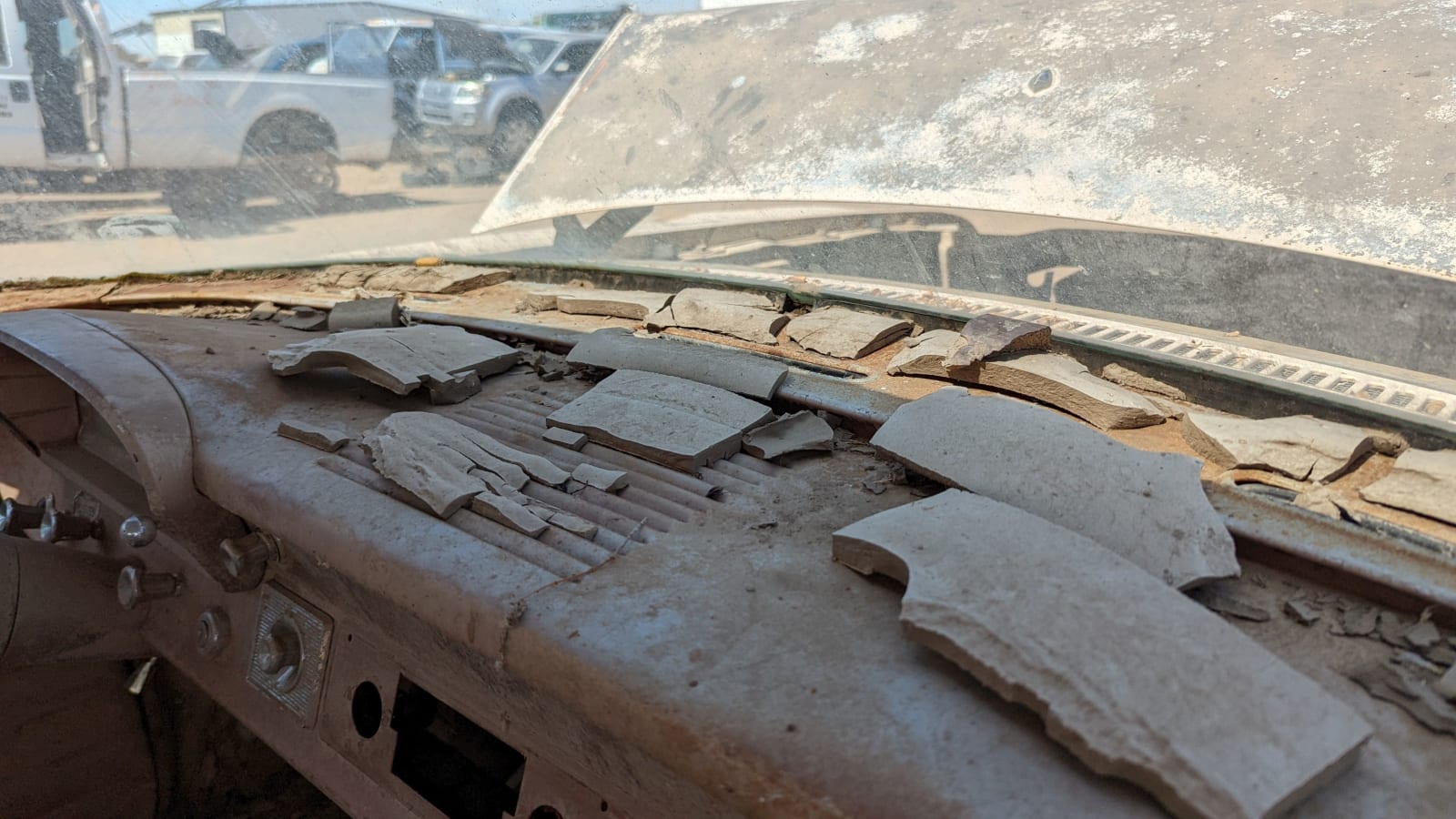 This one sat outdoors for many years, and the slabs of dried silt indicated that it got completely submerged by a terrible flood at some point (I’m guessing the 2013 floods were responsible, though it’s theoretically possible that the South Platte River Flood of 1965 drowned this car and it took 57 years to get around to hauling it off to a wrecking yard). Even a non-rusty two-door like this wouldn’t have been worth fixing up after that. 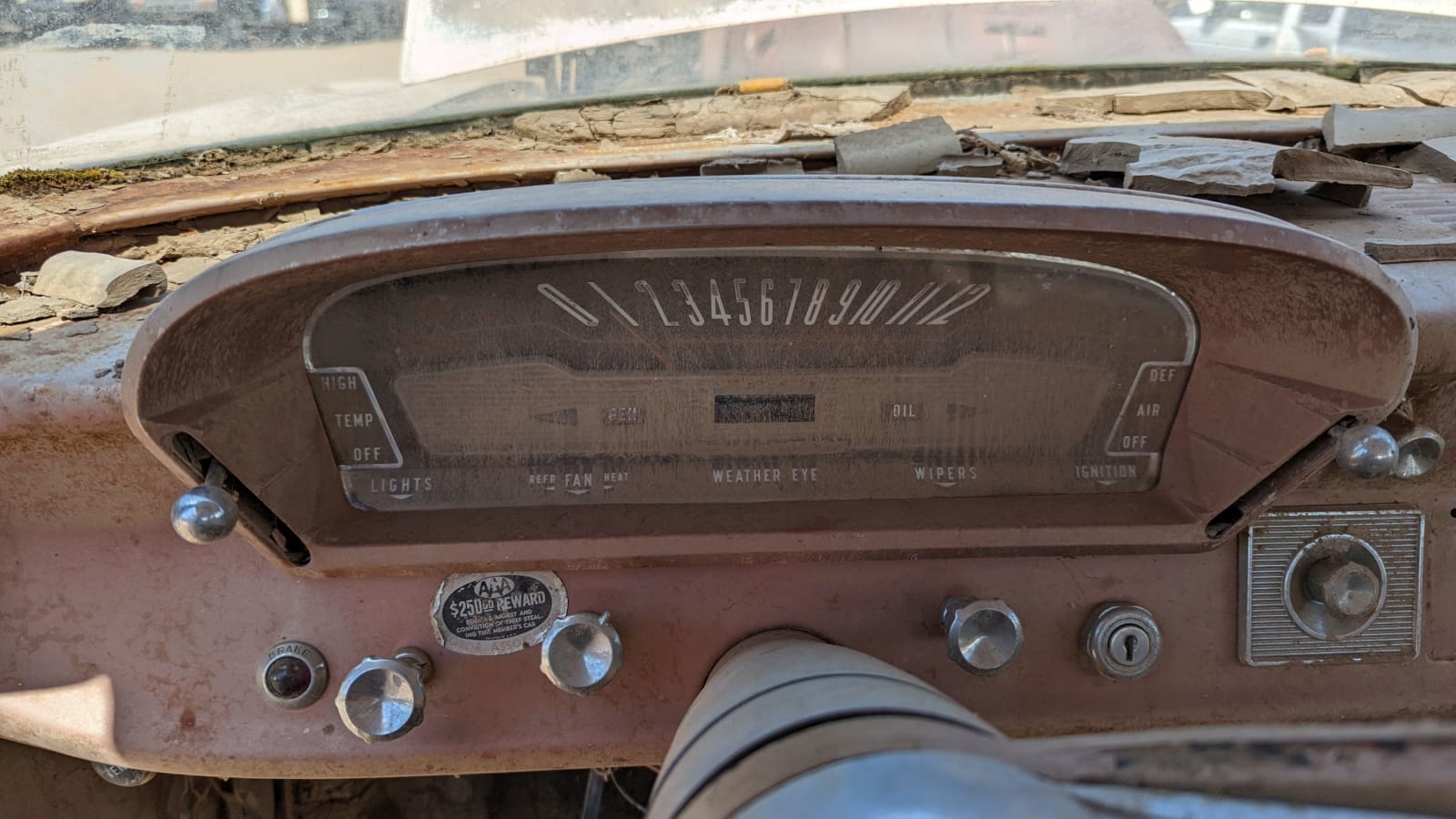 The Classic was replaced by the Rebel in 1967, and the Rambler marque itself was terminated after the 1969 model year (just in the United States and Canada, though; Rambler-badged AMCs were sold new around the world until the early 1980s).

Can you resist these Rambler deals?