When it came time for Chrysler to retire the beloved but antiquated Dart and Valiant in the North American market, the Dodge Aspen and its Plymouth Volaré twin were introduced for the 1976 model year. While the Aspen is better remembered today (partly because Aspens were in just about every cop TV show for a good decade and partly because Chrysler revived the Aspen name for a few years in the late 2000s), Plymouth’s “small car with the accent on comfort” outsold the Aspen for every one of their five model years of production. Here’s one of those Volarés, a ’78 station wagon with the Custom exterior and Premier interior packages, found in a Denver-area car graveyard recently. 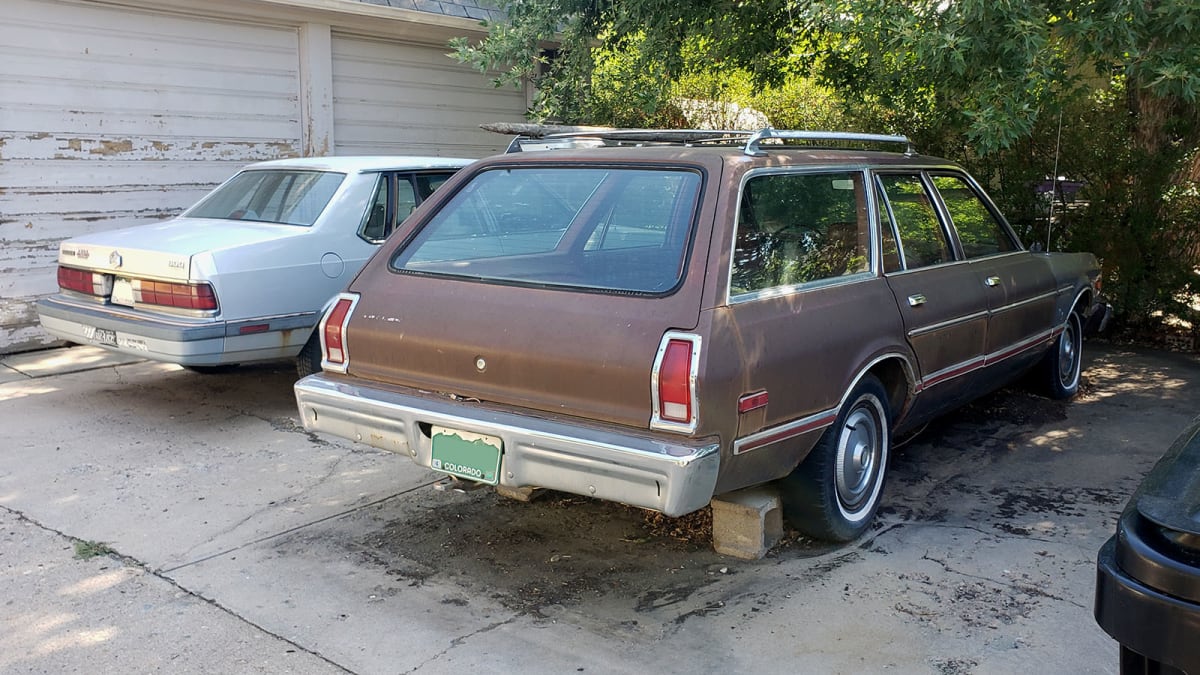 I thought this car looked very familiar, and it turns out that it spent many years parked in an alley driveway in my Denver neighborhood, next to a Dodge 600 sedan (which is still on the road; I saw it moving under its own power a few weeks ago). Back in the summer of 2020, I shot this photo for an episode of 24 Hours of Lemons Carspotting. Now I wish I’d talked a local Lemons team into offering a few bucks for this Volaré, because it’s better to race than to get crushed. 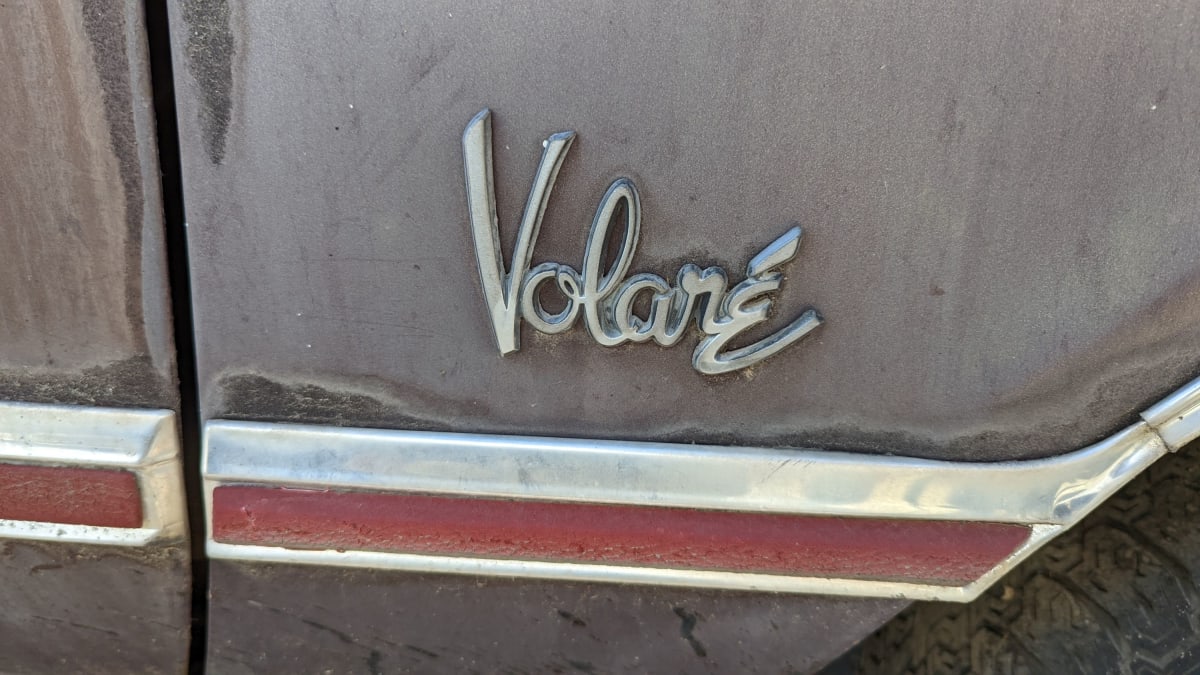 Detroit went through an accent phase that started with the Volaré and then continued with the Cadillac Allanté and Oldsmobile Troféo. 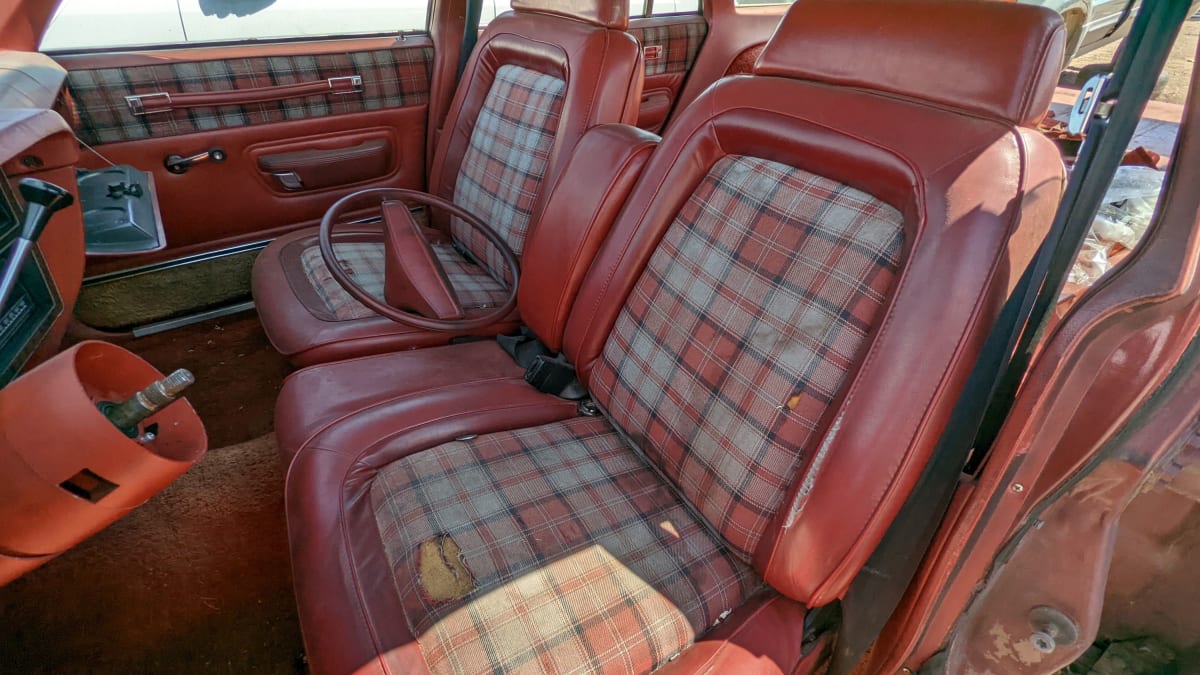 The interior in this car still looks pretty good. This wagon has the exact same interior and exterior colors as the one in the Volaré brochure that year. 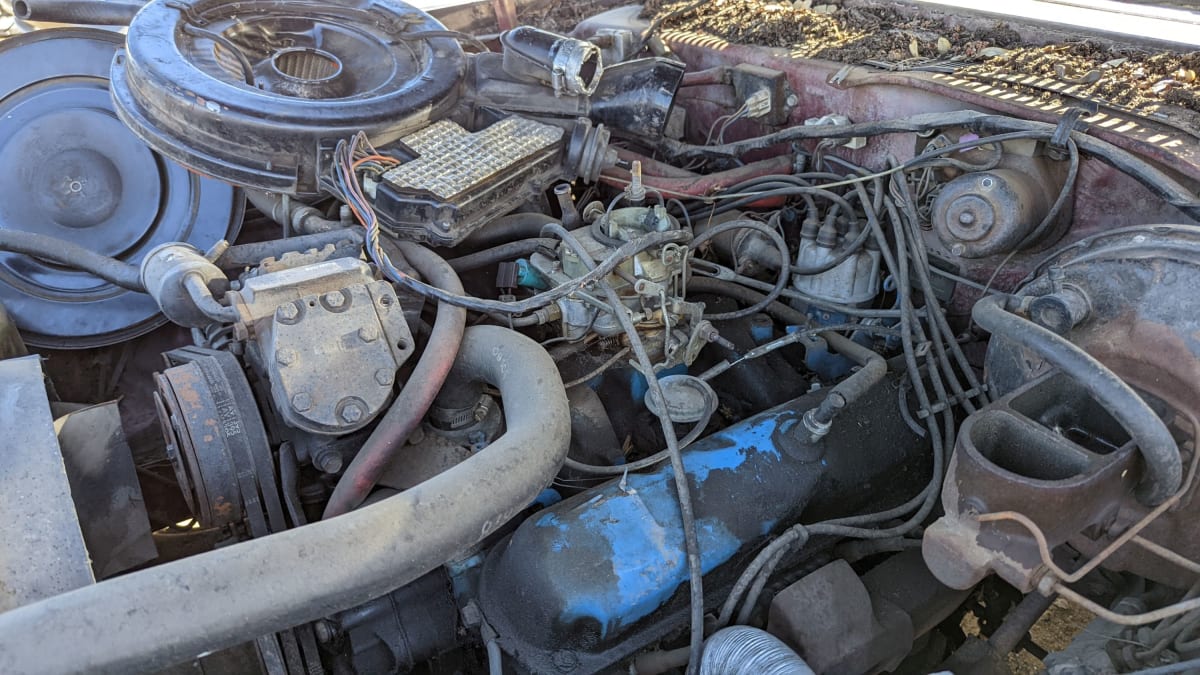 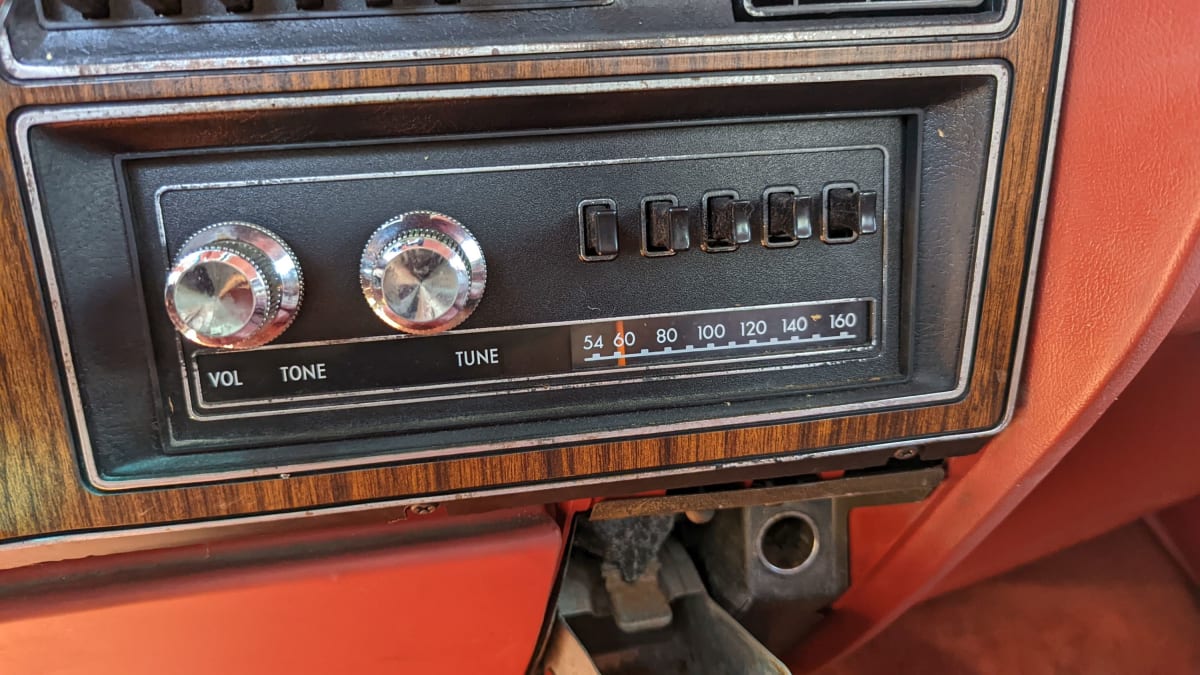 A cheap wagon like the Volaré certainly wasn’t going to come with a radio at the base MSRP (though a dealer might throw one in to sweeten the deal). This single-speaker, AM-only radio cost $74 extra ($351 in 2022 dollars). 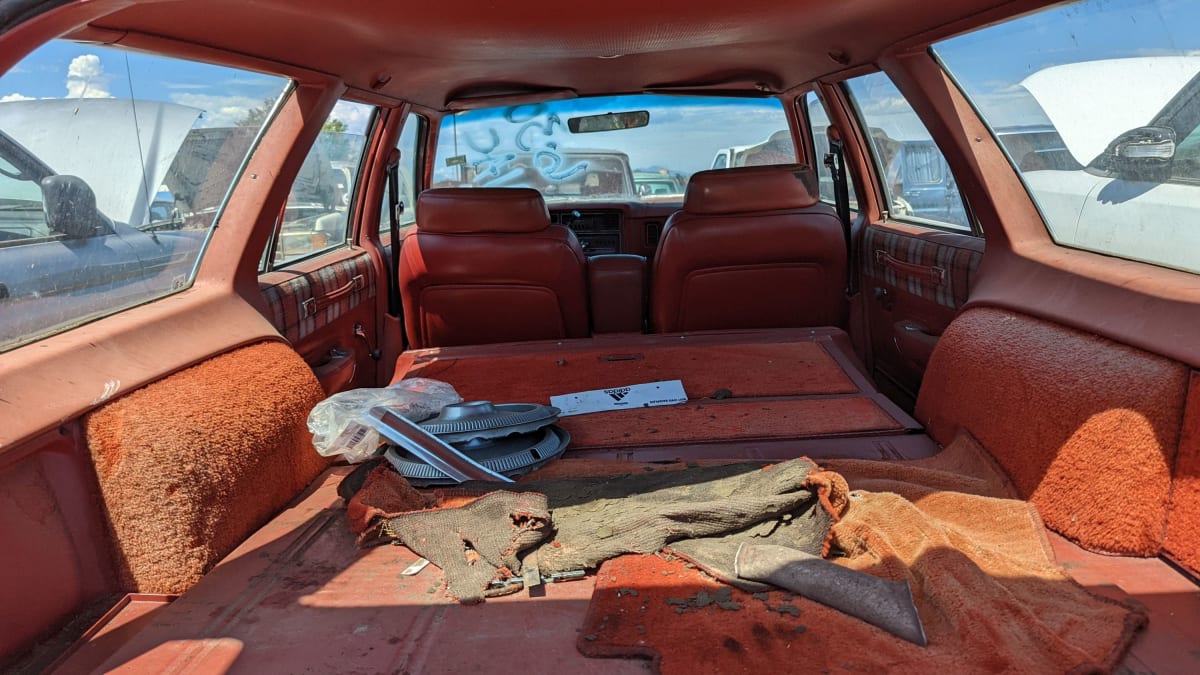 You couldn’t haul the entire Little League team in this wagon (for that, you wanted at least a Fury Sport Suburban), but the Volaré and Aspen wagons were roomier than, say, a Datsun 810 or Toyota Corona wagon. 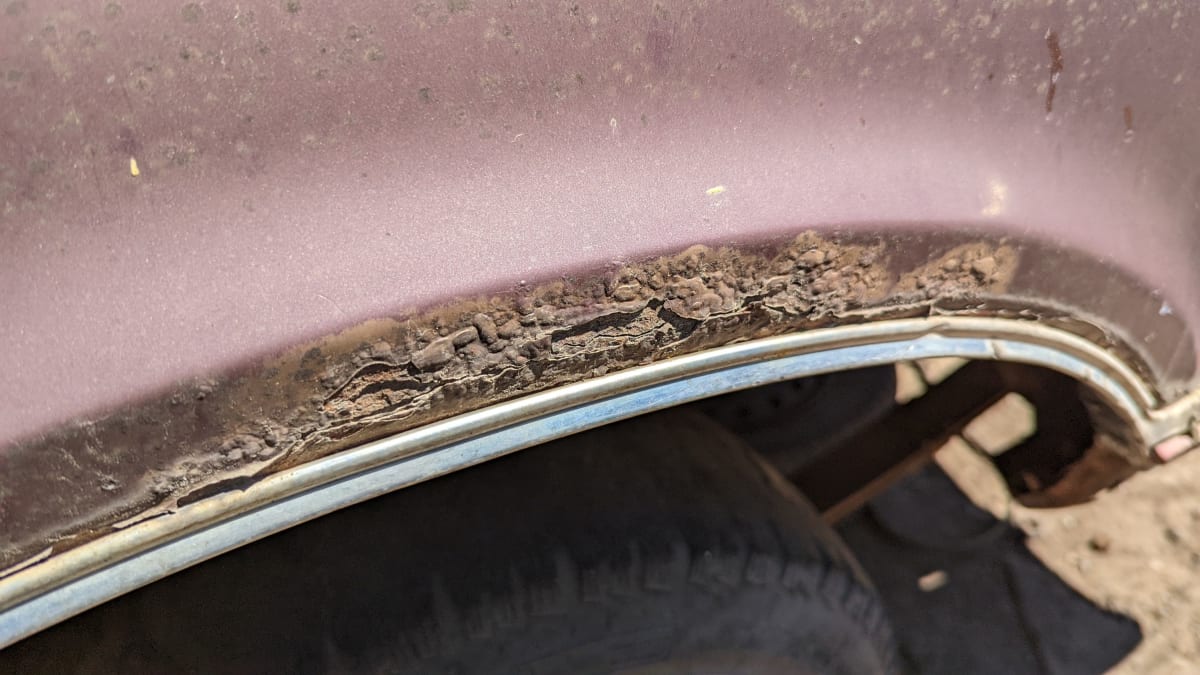 The interior is nice enough, but there’s some rust in the usual locations. 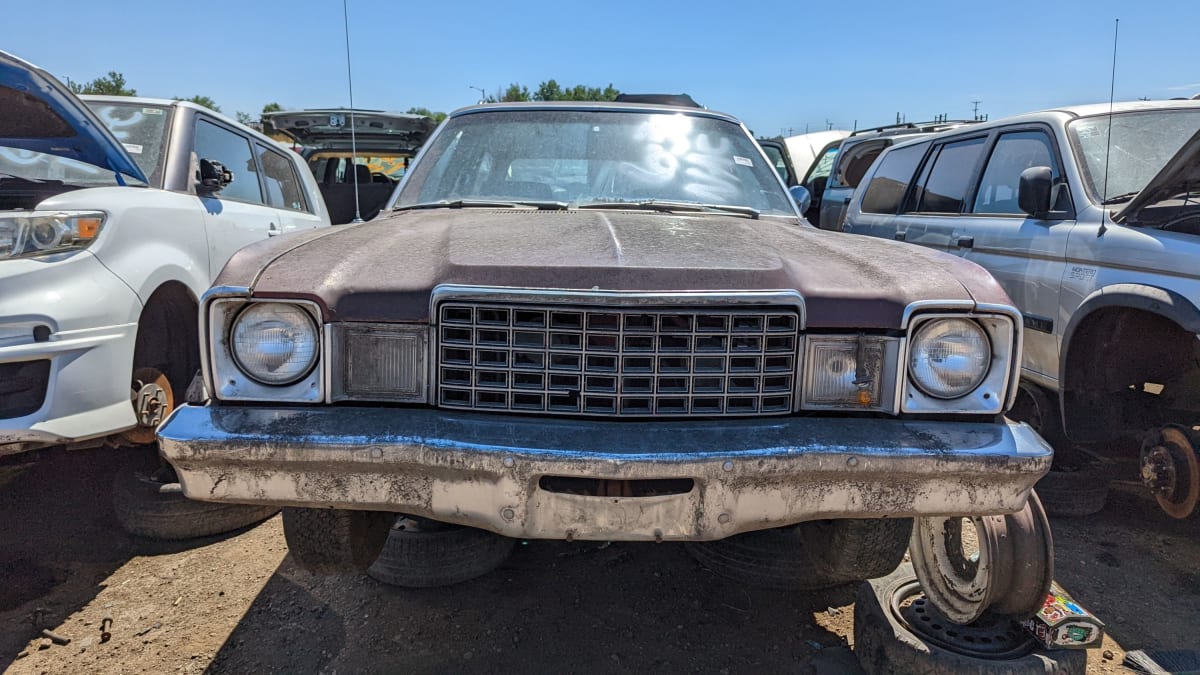 The last model year for the Volaré and Aspen was 1980, but their platform lived on with the Dodge Diplomat/Plymouth Gran Fury (both of which were based on the Aspen/Volaré-derived Chrysler New Yorker/Fifth Avenue) until the late 1980s.

The Chrysler Cordoba had the extraordinarily classy Ricardo Montalban in its ads, while the Volaré had to settle for the Plymouth-budget Sergio Franchi.

Meanwhile, the Aspen wagon got Rex Harrison in this ad with a quasi-musical number.