The Ford Pinto, butt of so many exploding-car jokes from the day Mother Jones published “Pinto Madness,” was built from the 1971 through 1980 model years. I’ve documented many discarded Pintos (and Mercury Bobcats) over the years, but today’s Junkyard Gem is the only final-year-of-production Pinto/Bobcat I’ve managed to find in a car graveyard. 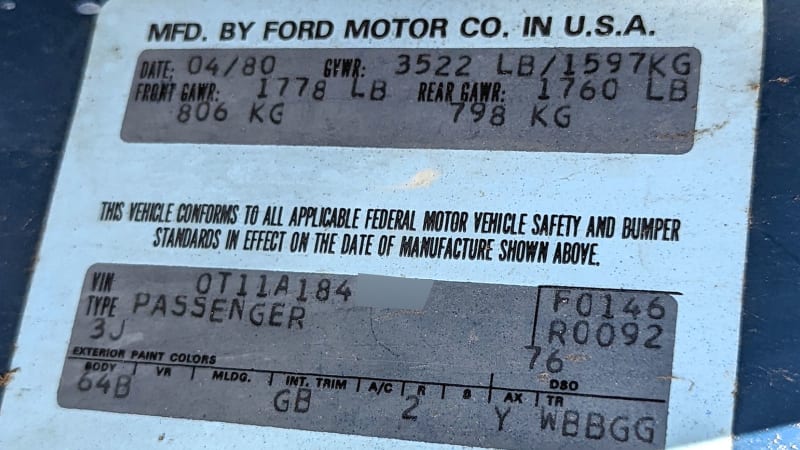 This car is not just an example of the final model year for the Pinto— it’s one of the very last Pintos ever built. Total Pinto production for the 1980 model year came to 185,054 units, and the final six digits of this car’s identification number are 184xxx (I’ve blurred out the final three digits in the photo of the build tag). This Pinto is one of the last few hundred ever built, coming off the now-defunct Edison Assembly line in New Jersey in April of 1980. We can see that this car was sold via the Denver DSO; presumably, it spent its entire career in the region. 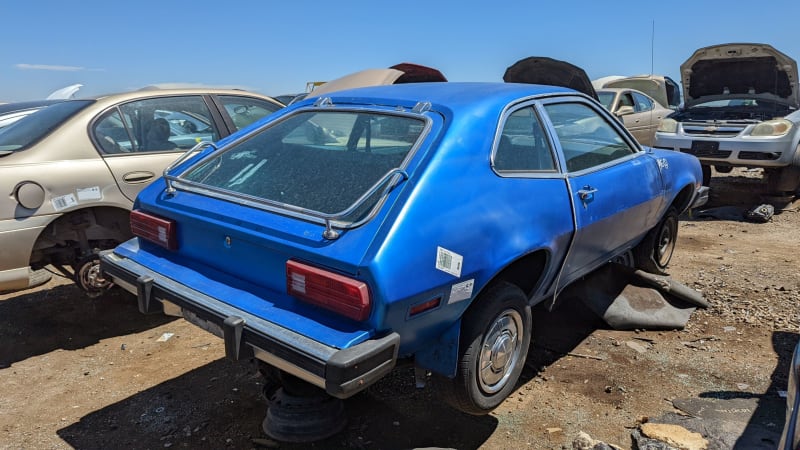 Oldsmobile commemorated the Final 500 of each of its last models, but Ford didn’t bother with any sort of special commemoration for the demise of the Pinto. Most likely, that was due to a combination of the car’s notoriety and excitement over its upcoming replacement: the Escort. 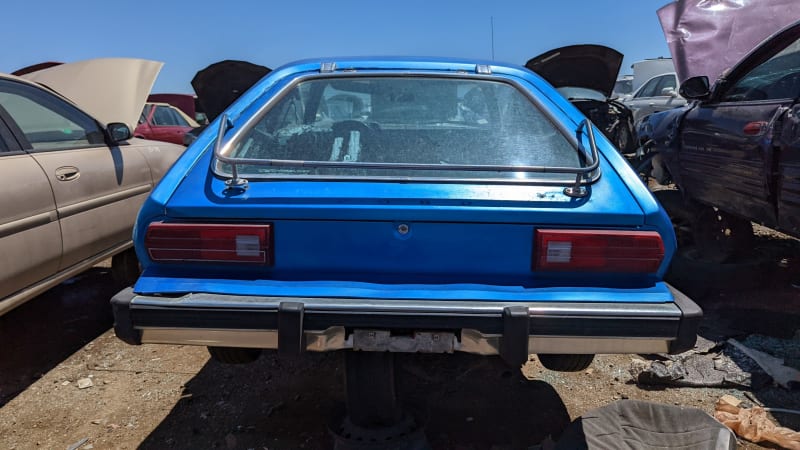 The debate over the Pinto and its alleged safety problems is only slightly less heated than the arguments about the Chevrolet Corvair and its alleged safety problems. The quick summary is that the fuel tanks of Pintos (which were located between the rear bumper and the differential housing on the rear axle) tended to rupture during rear-end collisions, and an internal Ford memo appeared to suggest that allowing Pinto occupants to burn was cheaper than fixing the problem. In reality, just about all small cars of the era with similarly situated fuel tanks— that is, most American-made compacts and subcompacts— suffered from the same vulnerability, and the Pinto wasn’t really much more dangerous than its competitors. In any case, Pinto sales were already declining when the Mother Jones article came out in the fall of 1977, and Dearborn clearly needed a modern replacement with the improved interior space and fuel efficiency of a front-wheel-drive layout anyway (no, the tiny, European-built Fiesta didn’t count). 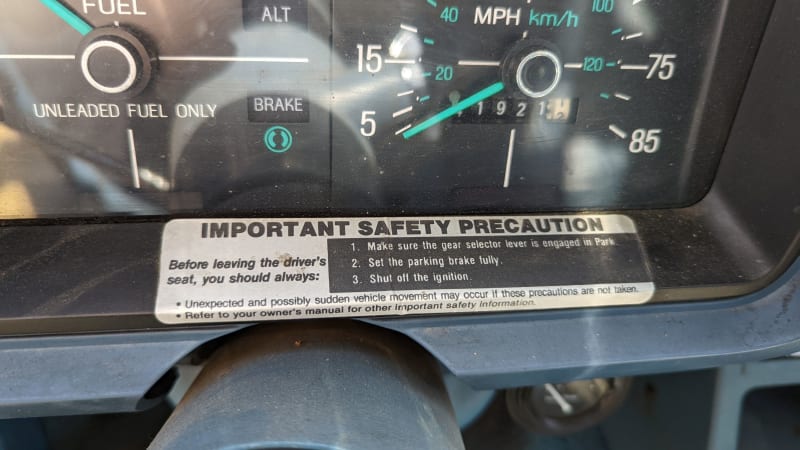 In fact, the “park-to-reverse” malfunctions of 23-million automatic-transmission-equipped Ford vehicles built during the 1966-1980 period (in which the gearshift would slip from the P position to the R position with the engine running) may have ended up being a more expensive problem for Ford than exploding Pintos ever were. Starting in late 1980— when this car still had That New Pinto Smell— warning labels like the one in the photo above were sent out to all owners of affected vehicles, and lawsuit claims caused by the park-to-reverse problem piled up. I still find lots of these stickers during my junkyard journeys. 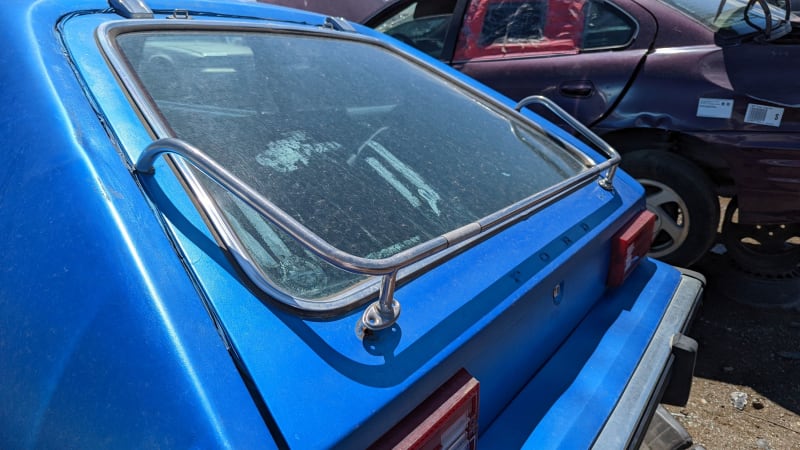 Ford called the hatchback version of the Pinto the “Runabout,” while the version with a trunklid was sold as a two-door sedan. This one has an interesting luggage rack on the hatch that looks like an aftermarket unit. 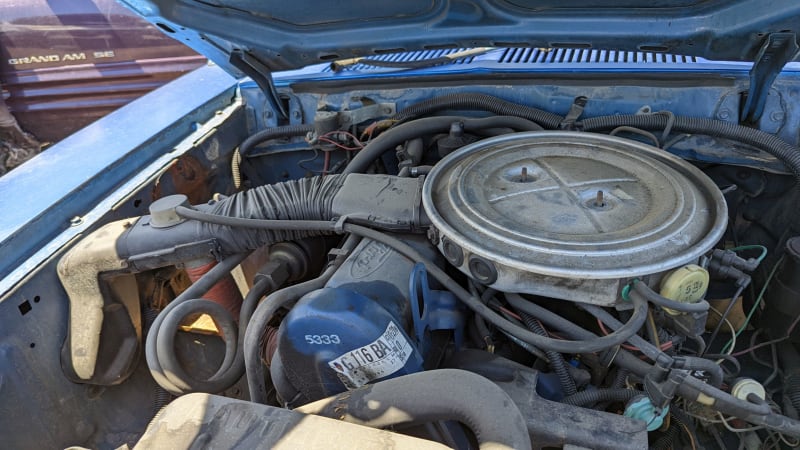 For the 1975 through 1979 model years, the Pinto could be purchased with an optional 2.8-liter Cologne V6 engine, same as the one in the Capri. For its final year, though, the Pinto returned to its four-banger-only roots with this 88-horse 2.3 as the only engine available. Production of the 2.3 continued for North American-market vehicles all the way through 1997 (for the Ranger), and a stroked 2.5-liter version powered Rangers all the way through 2001. 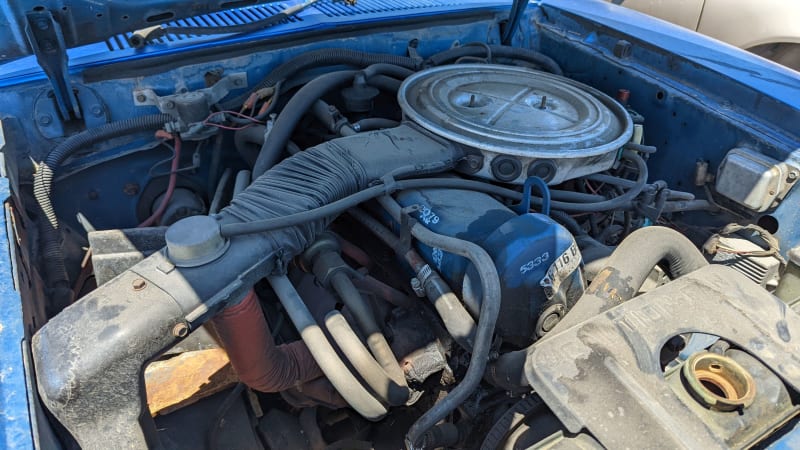 I’ve never owned a Pinto or Bobcat, but— having come of driving age in the early 1980s, when Pintos were still everywhere— I’ve driven, ridden in, and worked on plenty of them. They weren’t great cars even by the lax standards of the 1970s, though they were better-built than the Chevy Vega and slightly quicker than the Dodge Colt. Still, they got the job done and millions relied on them for basic transportation. 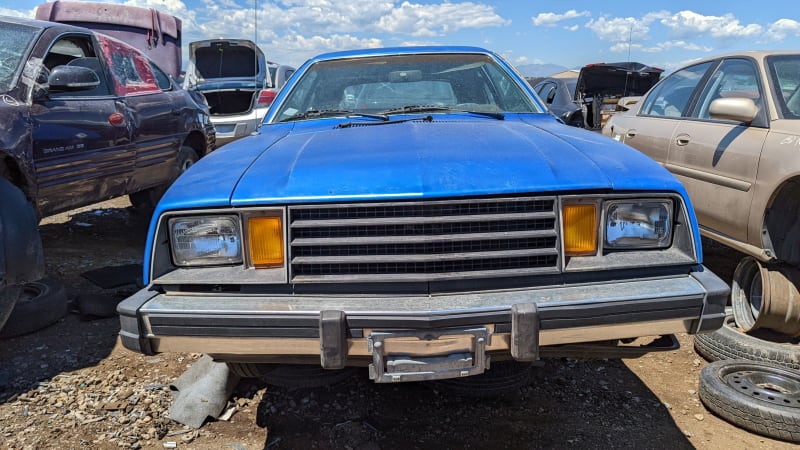 The 1979-1980 Pintos got a revised snout with rectangular headlights and a Fairmont-ish grille. 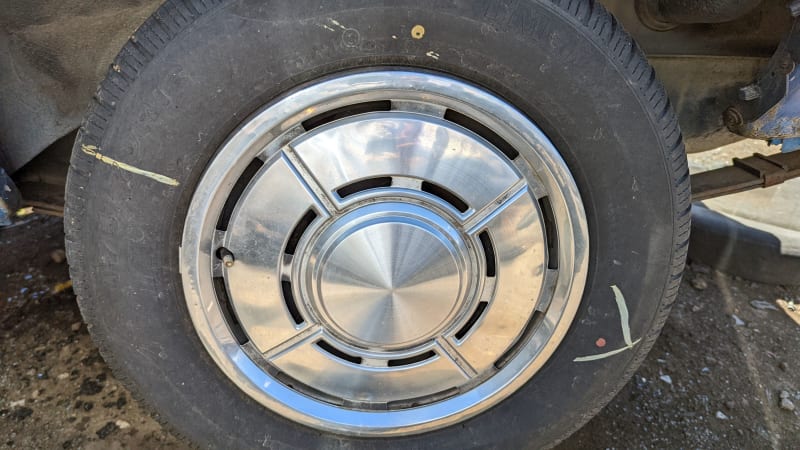 I have been told by my Pinto-expert friends that these late hubcaps are incredibly rare. 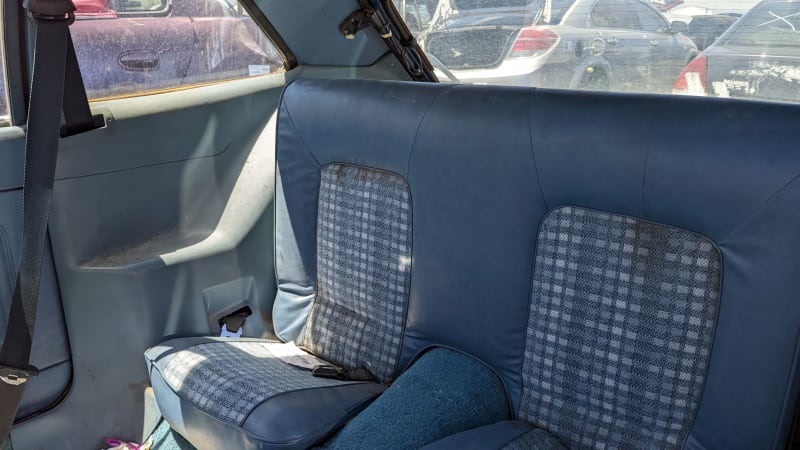 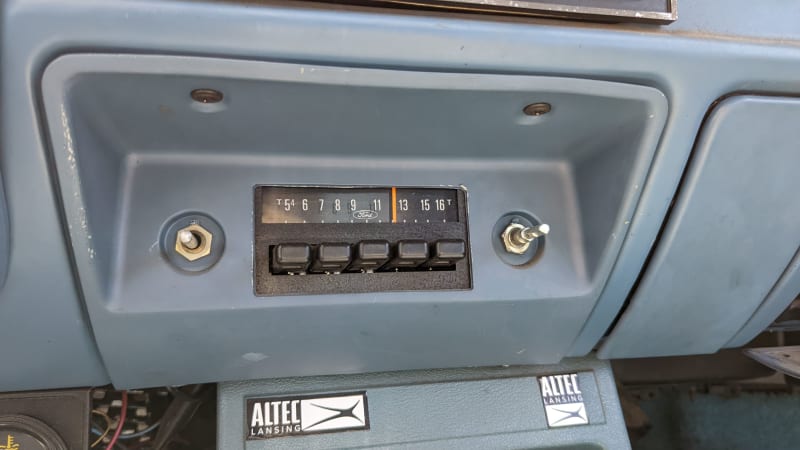 There’s no air conditioning, but at least the original buyer sprang for the $80 AM radio ($305 in our current dollars). Just the thing for listening to the hits of the day! 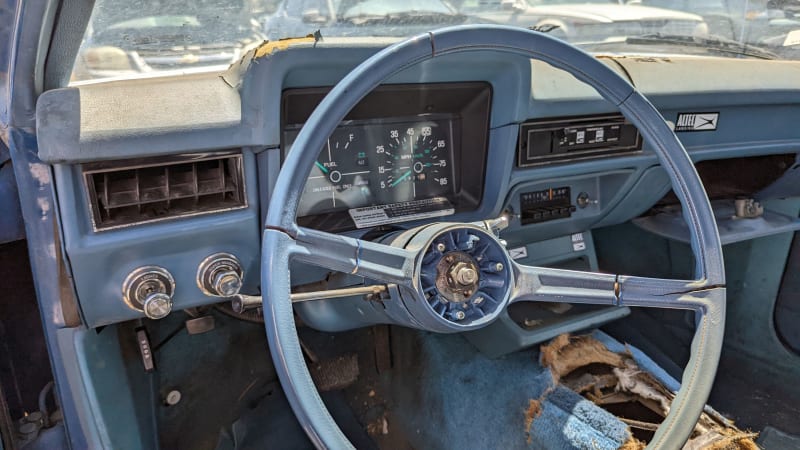 It’s historically significant, for sure, but nobody cared enough to rescue it from this fate.

Here’s a family that bought nine Pintos, including a brand-new ’80 Pinto wagon.

The Schlueter family loved their Pintos.