Because it was sold in the United States for so many years — 19 model years, to be exact — and won the hearts of so many American drivers with its reliability and safety, sufficient examples of the Volvo 200 Series remain in service that they continue to show up in self-service car graveyards nearly 30 years after the last ones left the showroom. We saw a low-mile Richelieu Red 1983 Volvo 244 DL in a Denver-area yard last year, and now I’ve found a near-identical 1982 244 DL in another yard located between Denver and Cheyenne. 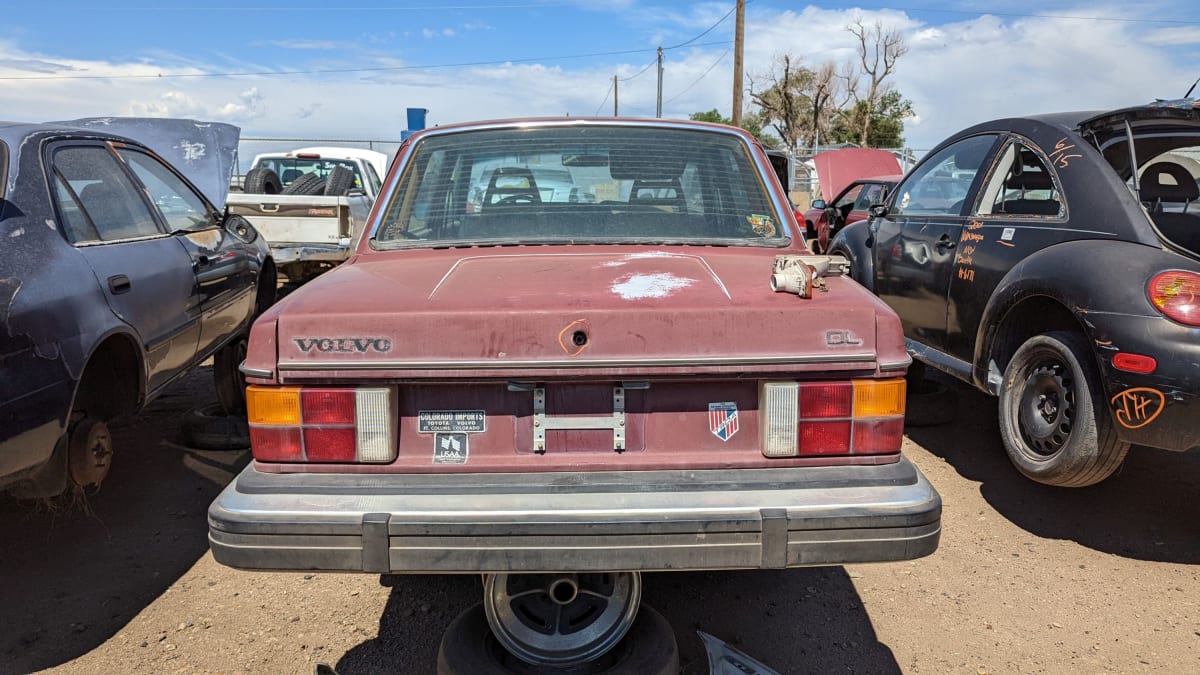 Volvo went through several variations in the naming scheme for these cars between 1975 and 1993; during the first half of the 1980s, the 240 was badged using just the trim level. That makes this car a 1982 Volvo DL, the cheapest trim level available at the time. By now, though, everyone who knows old Volvos uses the three-number system of the 1970s, with the second digit indicating the number of engine cylinders and the third digit representing the number of doors. I’ll be using the 244 designation here. 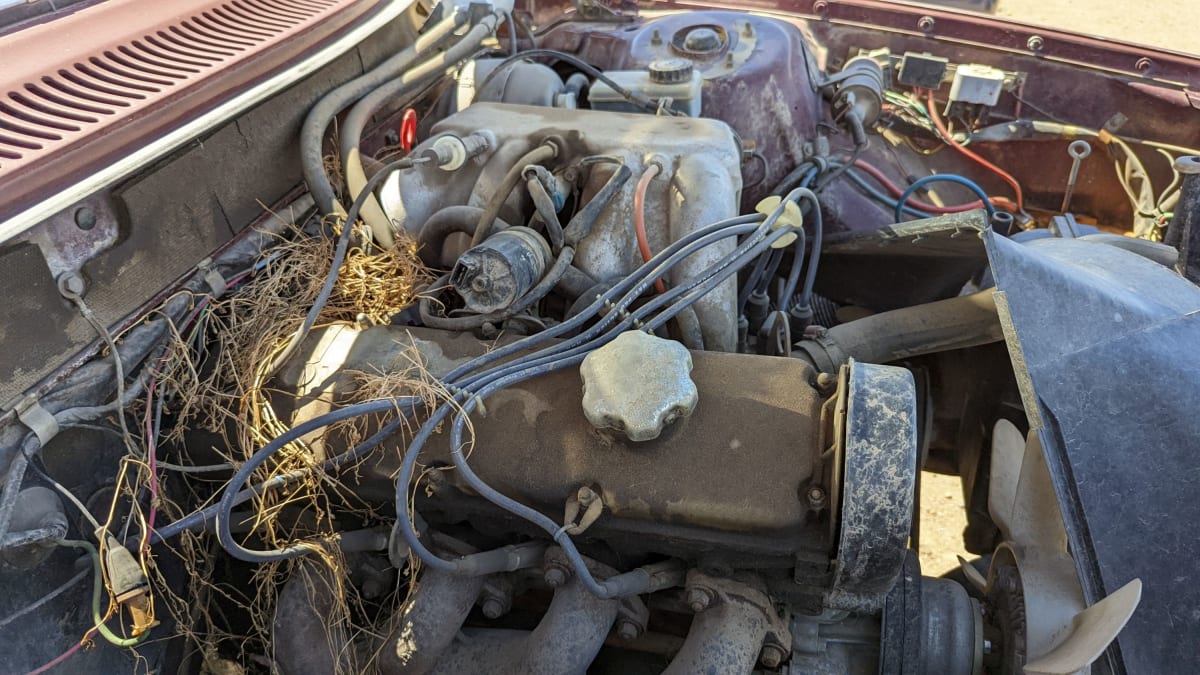 This car came from the factory with a fuel-injected 2.1-liter SOHC straight-four rated at 112 horsepower. 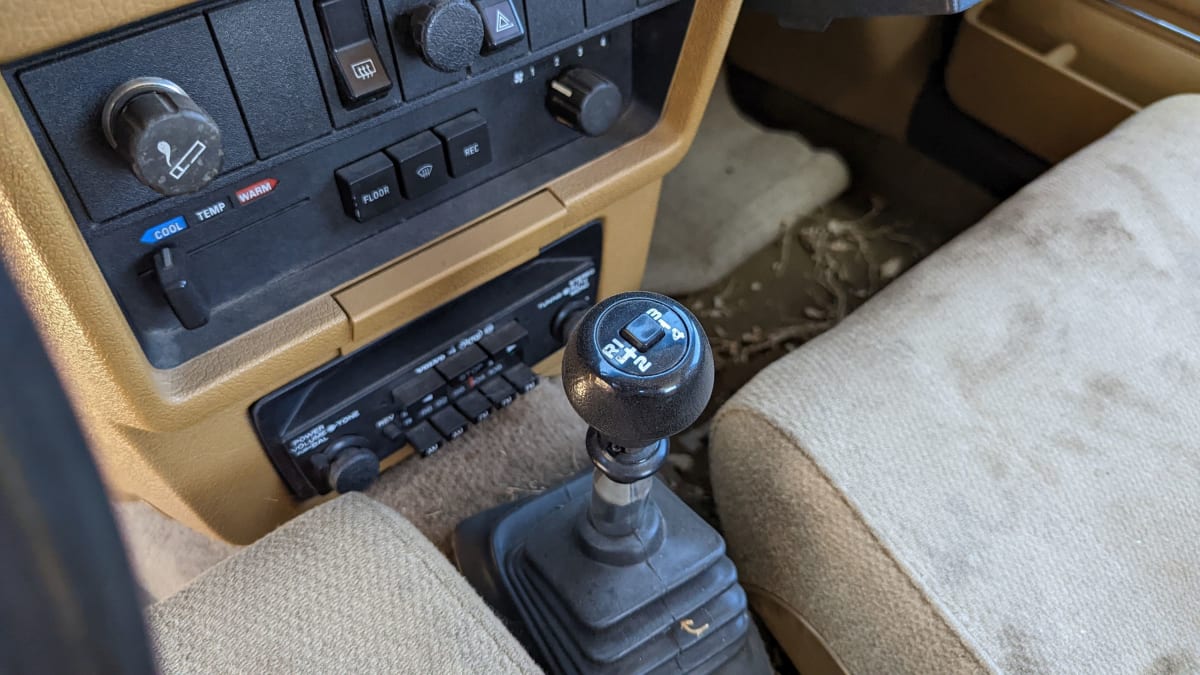 This car has the base four-on-the-floor manual transmission with an overdrive selected via the switch on the shift knob. If you wanted an automatic transmission, you had to pay an extra $325 (just over a thousand bucks in 2022 money). Later in the decade, a five-speed manual became available on the 240. 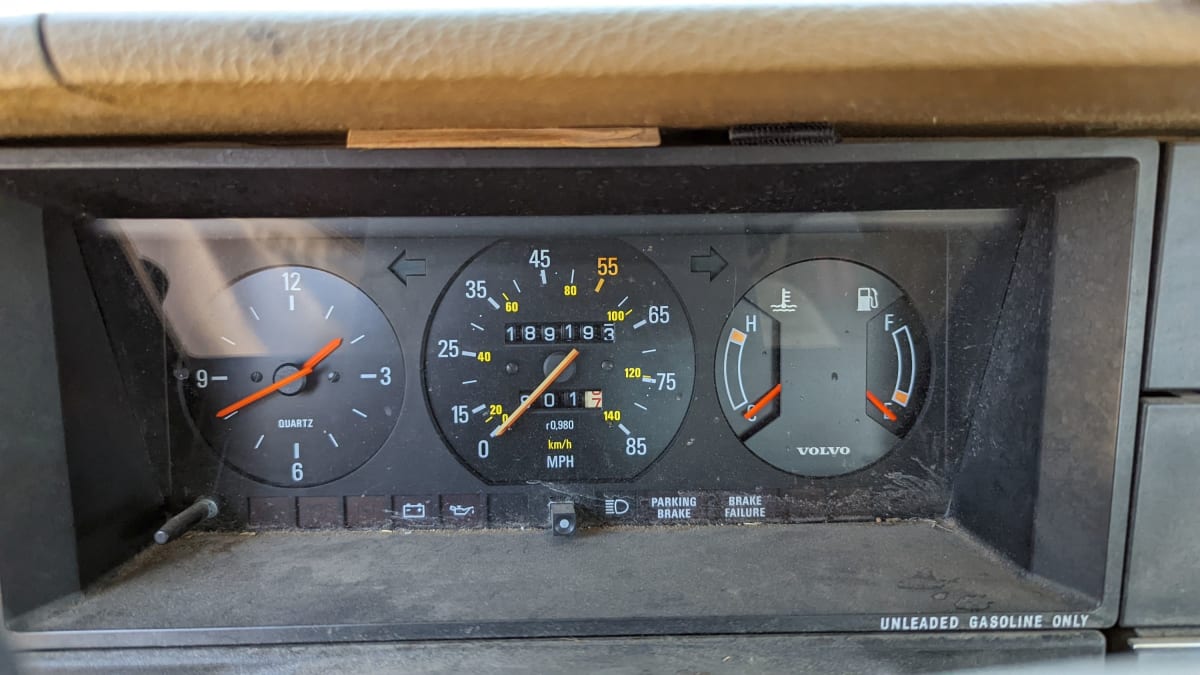 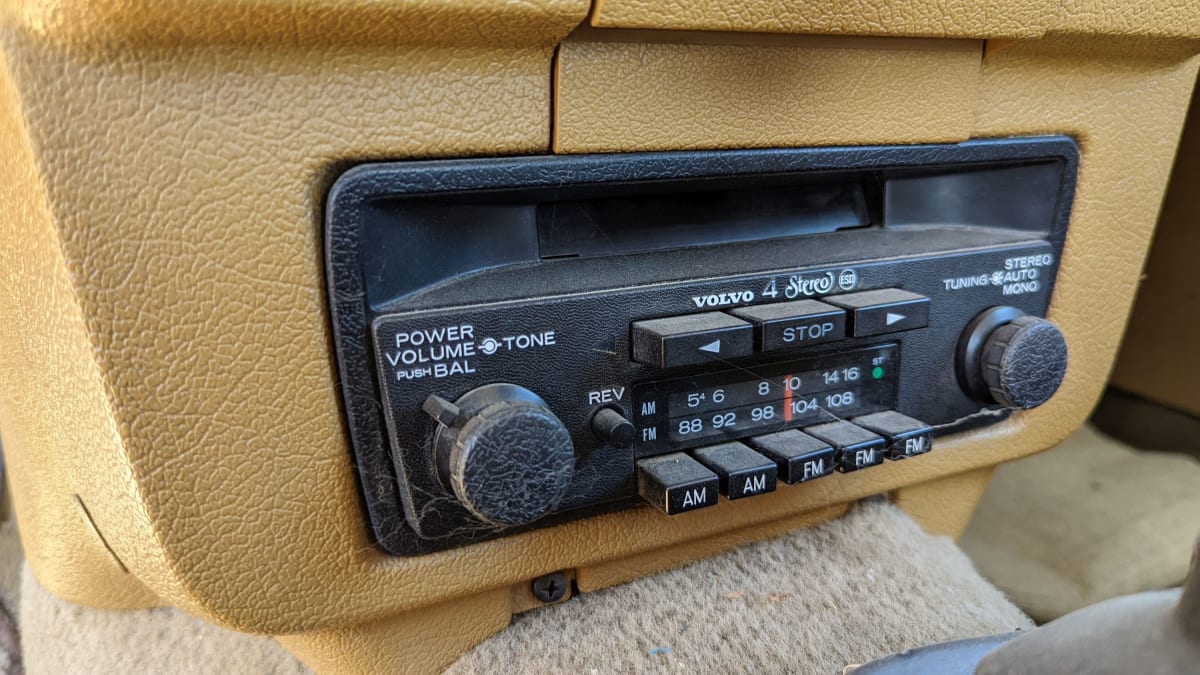 This car still has its original AM/FM/cassette radio, which would have cost serious money in 1982. 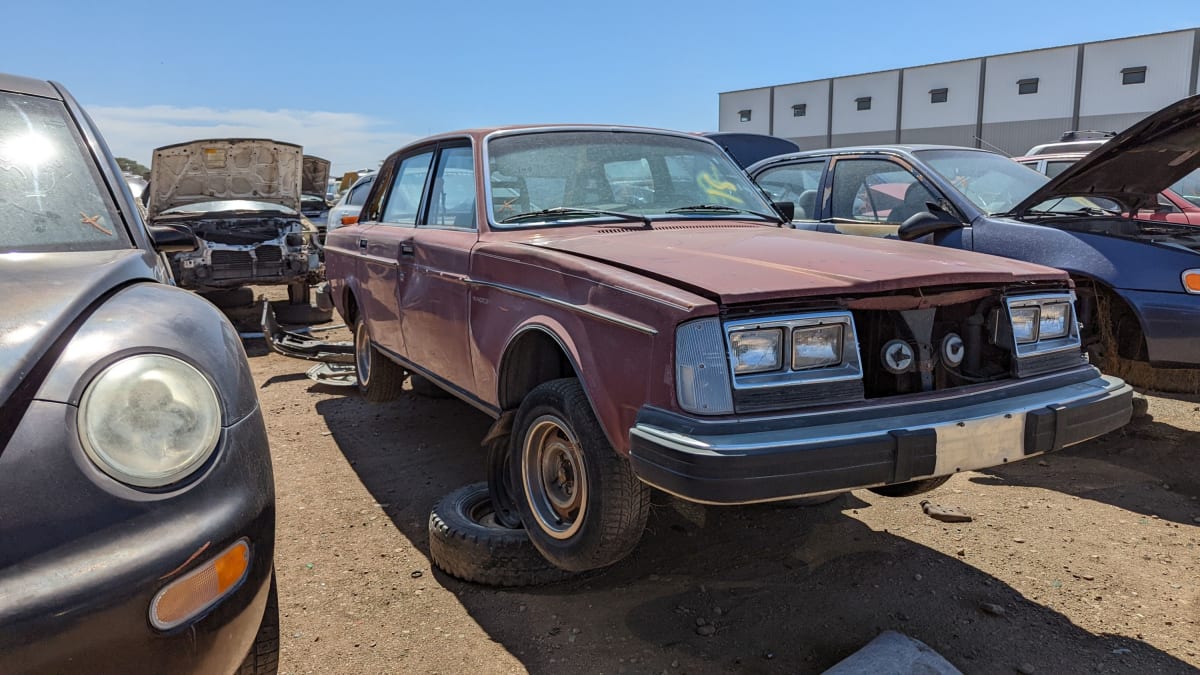 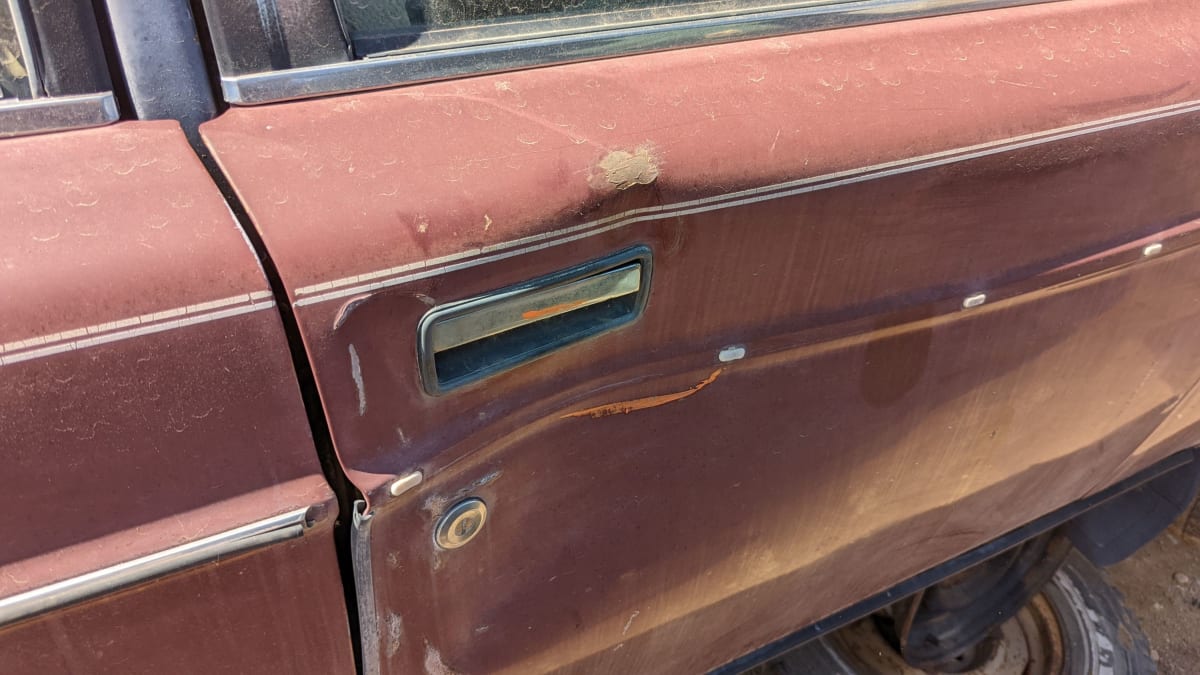 There’s very little rust on this car, and the only serious body damage is this dented passenger-side door. The rodent nesting detritus under the hood and the lack of wear on the seat fabric suggests that it got parked for good a decade or three back. Perhaps it would have been rescued and revived in the rustier parts of the continent, but there’s a glut of restorable 244s and a shortage of Volvo enthusiasts in the Denver area.