The original Jaguar XJ first appeared in American showrooms for the 1969 model year, after an excruciatingly long development process that included a final-innings merger of Jaguar’s parent company with a manufacturer of heavy-duty vehicles. And then Jaguar used that same basic platform for various iterations of the XJ until the last V12-engined cars hit the showrooms for 1992. Six-cylinder XJs switched to the new XJ40 platform for 1988, however, which makes today’s Junkyard Gem one of the later Series 3 XJ6s to hit our roads. This one was in very nice condition when it arrived in this Denver self-service yard recently, so be prepared for pain if you’re an XJ lover (no, not the other kind of XJ). 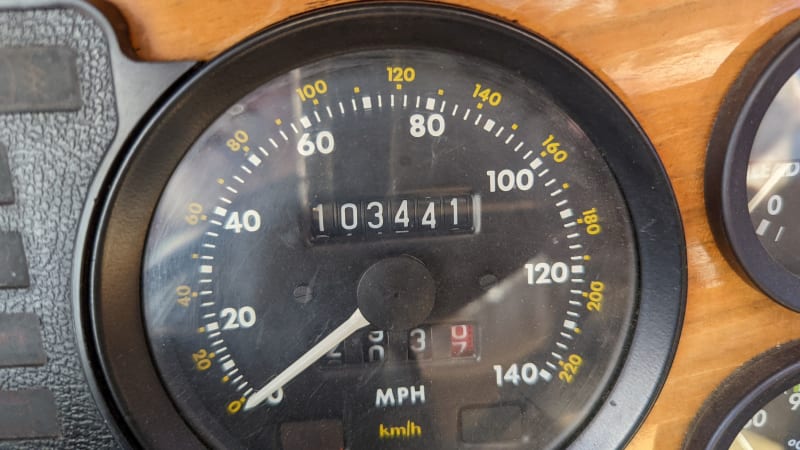 Just over 100,000 miles on the odometer, which is just over 2,700 miles traveled for each year of this luxurious saloon’s life on the road. 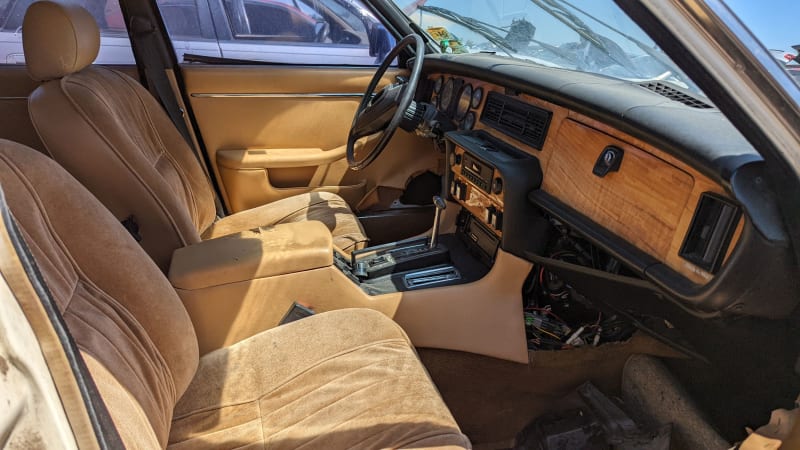 Other than some damage that I’m nearly certain was caused by junkyard shoppers, the interior is just about perfect. Most of the upholstery looks new, the door panels are pristine, and the wood trim isn’t cracked. The only obvious flaws are some cracks in the dash pad and a bit of fraying on some leather here and there. 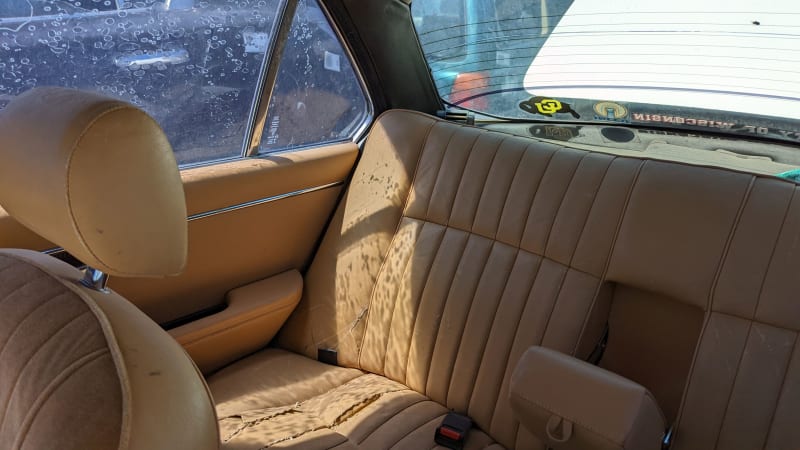 Of course, the sun’s glare is a little harsher in the Western United States than it is in Coventry, so you must expect some interior damage. 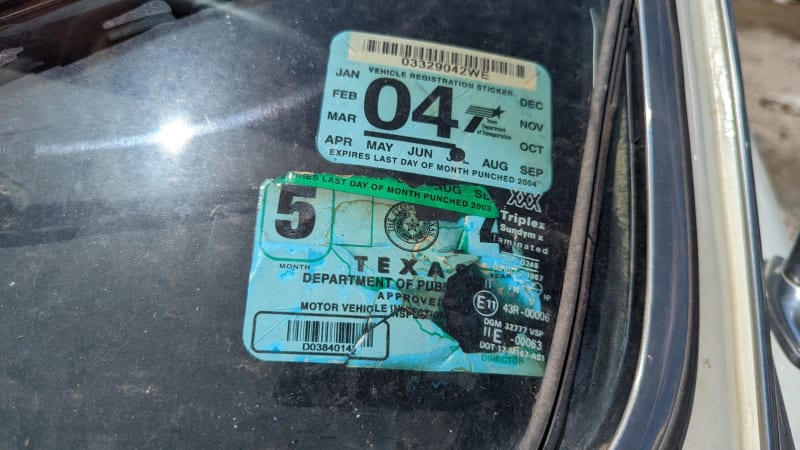 It lived in Texas for a while during the early 2000s. There’s a University of Wisconsin sticker on the rear window, so this car may have done a few cross-country moves during its life. 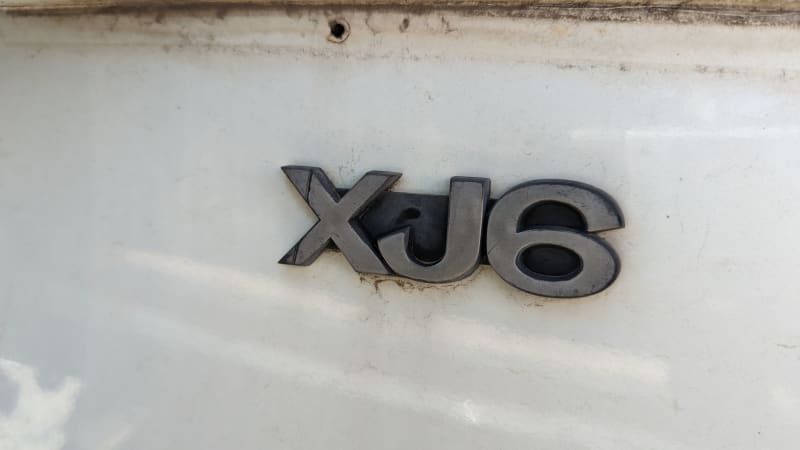 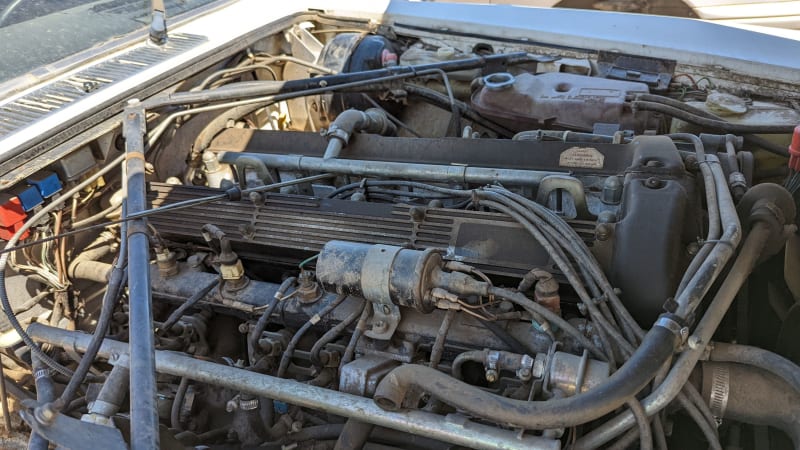 Anyone who has heard “Dead Man’s Curve” knows that you just don’t mess with the curves on Sunset Boulevard or with a Jaguar straight-six (the XJ was in the early stages of development when the song came out, so the narrator of the classic teen-tragedy song wrecks his Sting Ray while racing an XKE). This one displaces 4.2 liters and made 176 horsepower when new. The V12-powered XJ-S coupe had 262 horses, but cost $34,700 ($100,900 today). 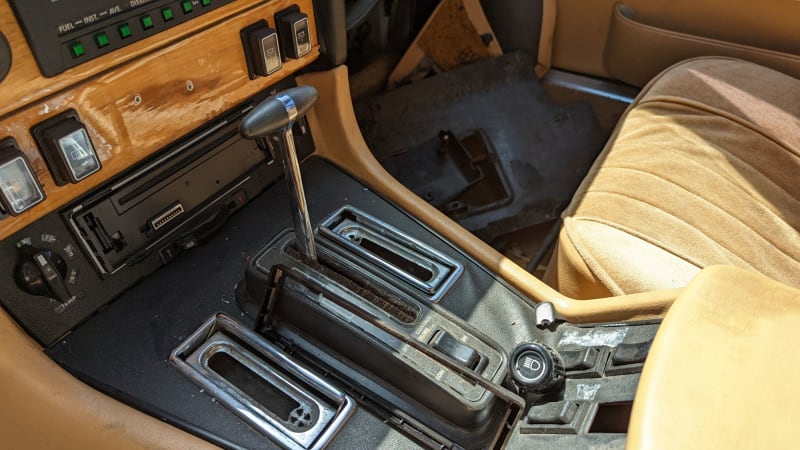 European XJ6 buyers could get their new ’84s with a five-speed manual transmission (though I doubt many did), but North Americans had just one transmission available: a three-speed automatic. 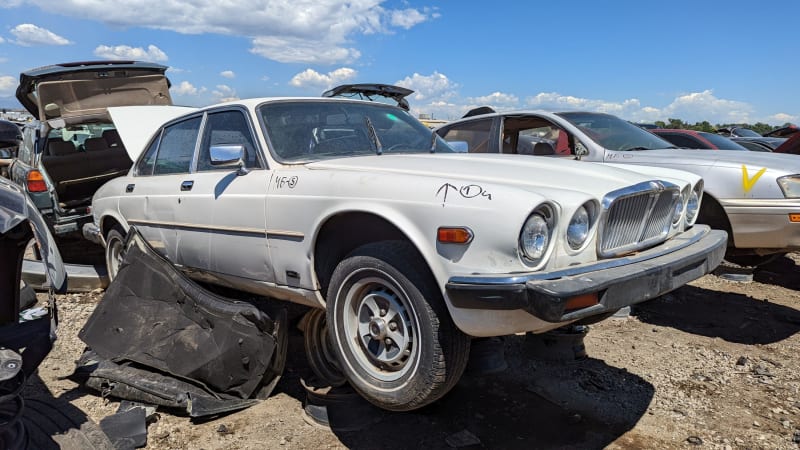 There’s no rust, and all the body damage looks junkyard-inflicted. 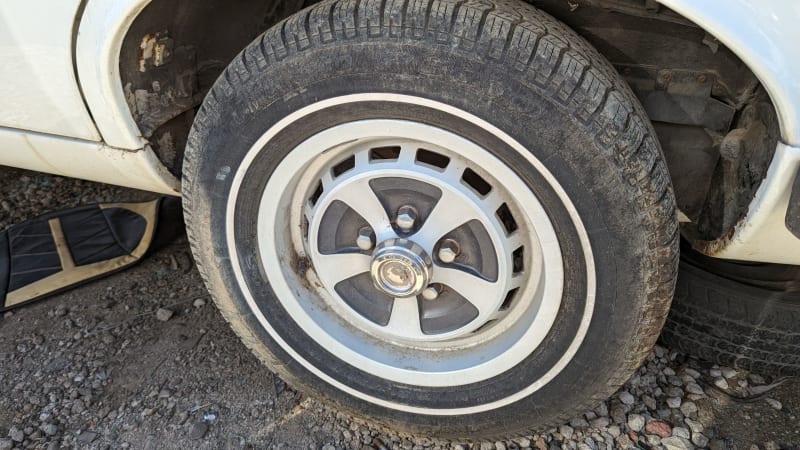 How could this car have ended up in such a grim parking spot? It’s not cheap to keep a Series 3 XJ6 running, and even beautiful runners aren’t worth very much these days. Something expensive failed, and that was that.