When it came time for Volvo to replace the aging 200 Series (which debuted in 1974 but looked nearly identical to the mid-1960s-design 140 it was based on), the result was the 700 Series. This car first hit Volvo showrooms in 1982, and the initial models were all upscale 760 sedans with the same PRV V6 engine that powered the DeLorean DMC-12. The cheaper four-cylinder 740 appeared in North America for the 1984 model year, which didn’t stop Volvo from selling a 760 with a turbocharged four-banger in the same showrooms. That’s what we’ve got for today’s Junkyard Gem, a first-model year Volvo 760 Turbo in a Colorado self-service yard. 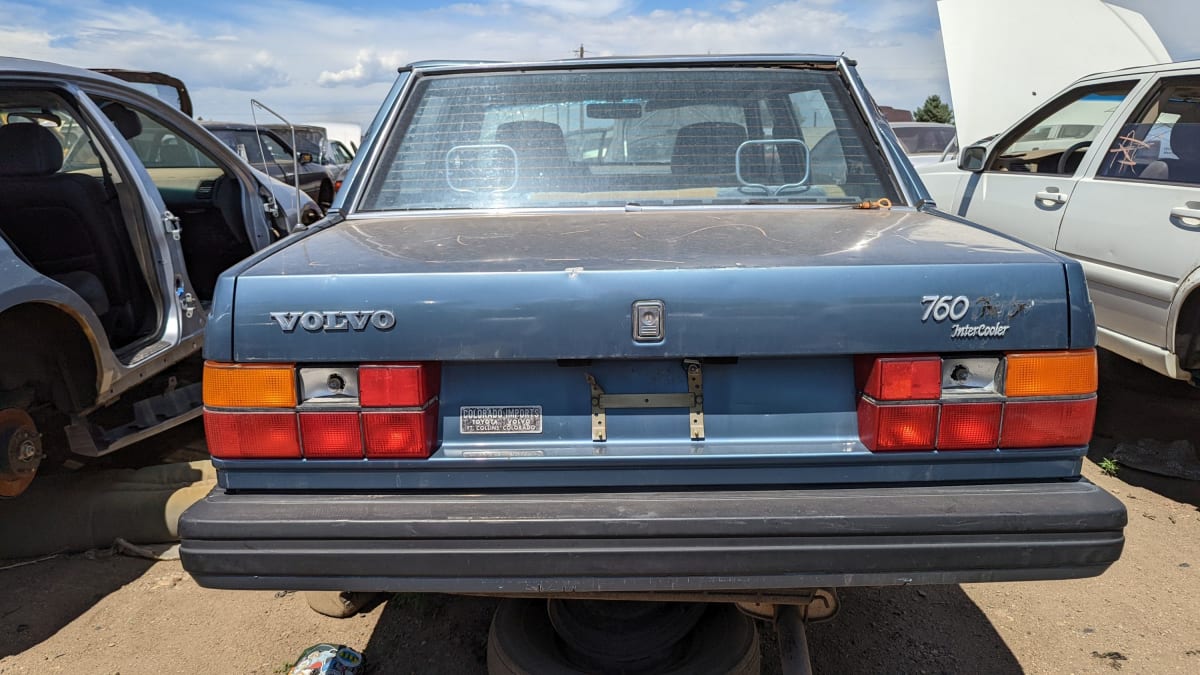 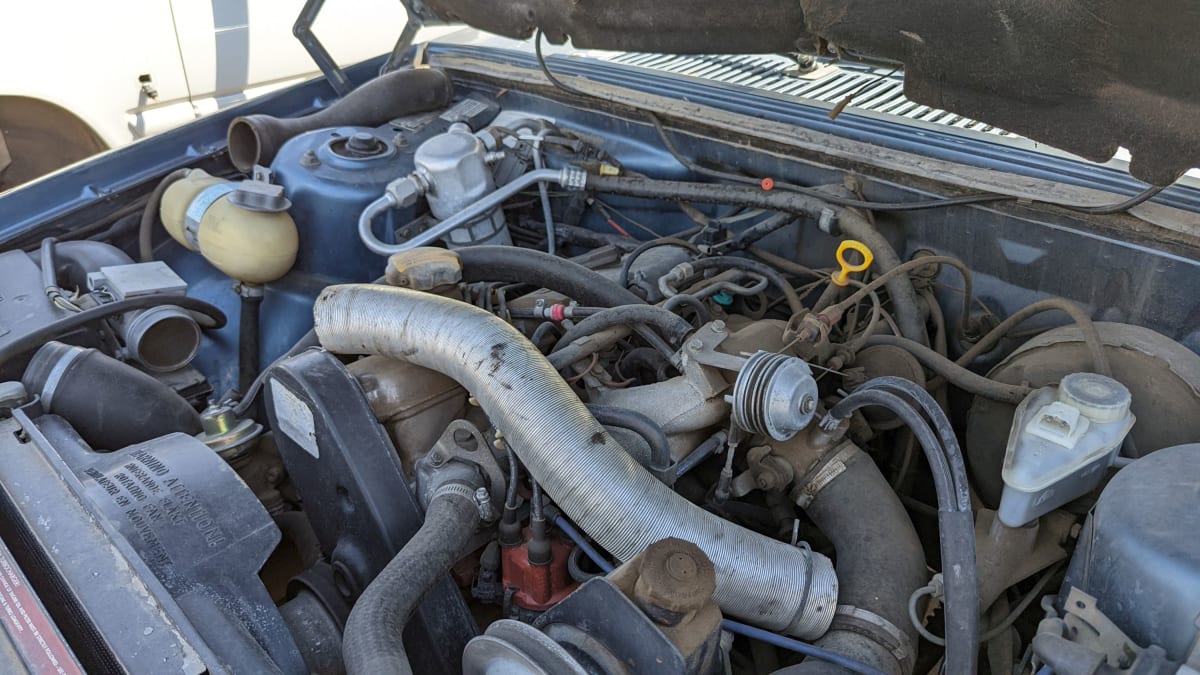 During the 1984 model year, American Volvo shoppers could choose between a new 240 Turbo (in two-door, four-door, and wagon forms) or the 760 sedan with their choice of oil- or gasoline-burning turbocharged engines. Yes, the 1980s truly were The Turbo Decade. For 1985, a turbocharged version of the 740 sedan was added to the lineup, though that was also the final year here for the 240 Turbo. 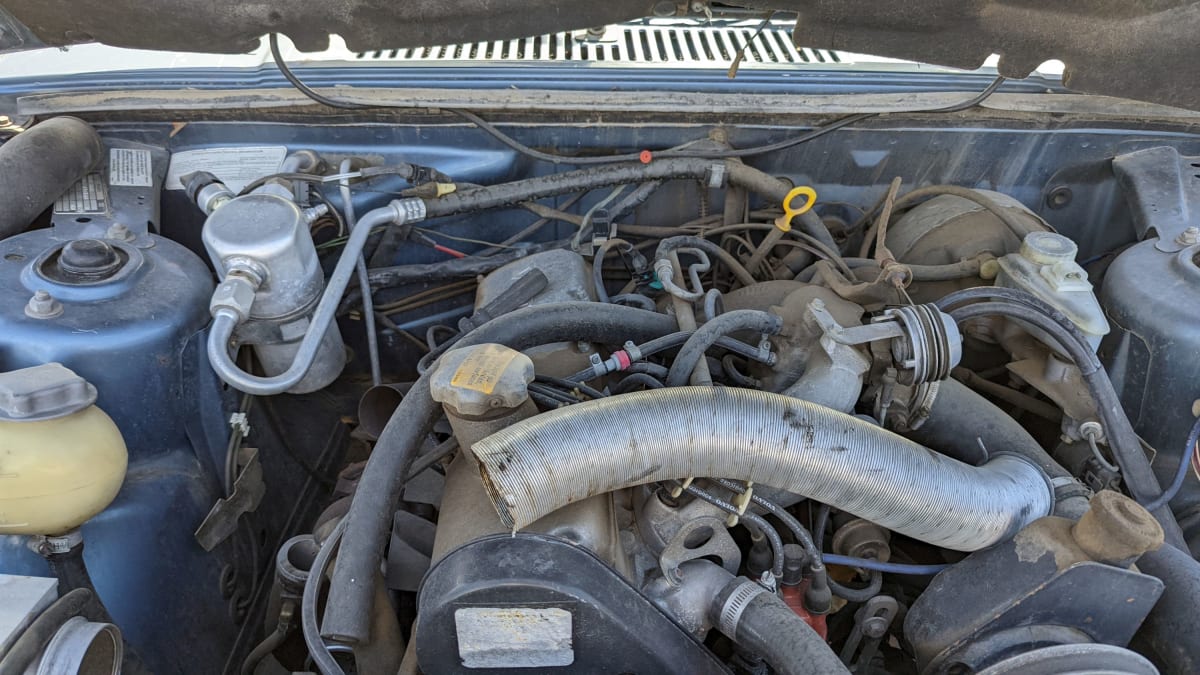 This engine is a 2.3-liter “red block” four-cylinder, rated at 160 horsepower when new. That was two fewer horsepower than the more angrily boosted 2.2 in the 240 Turbo that year. 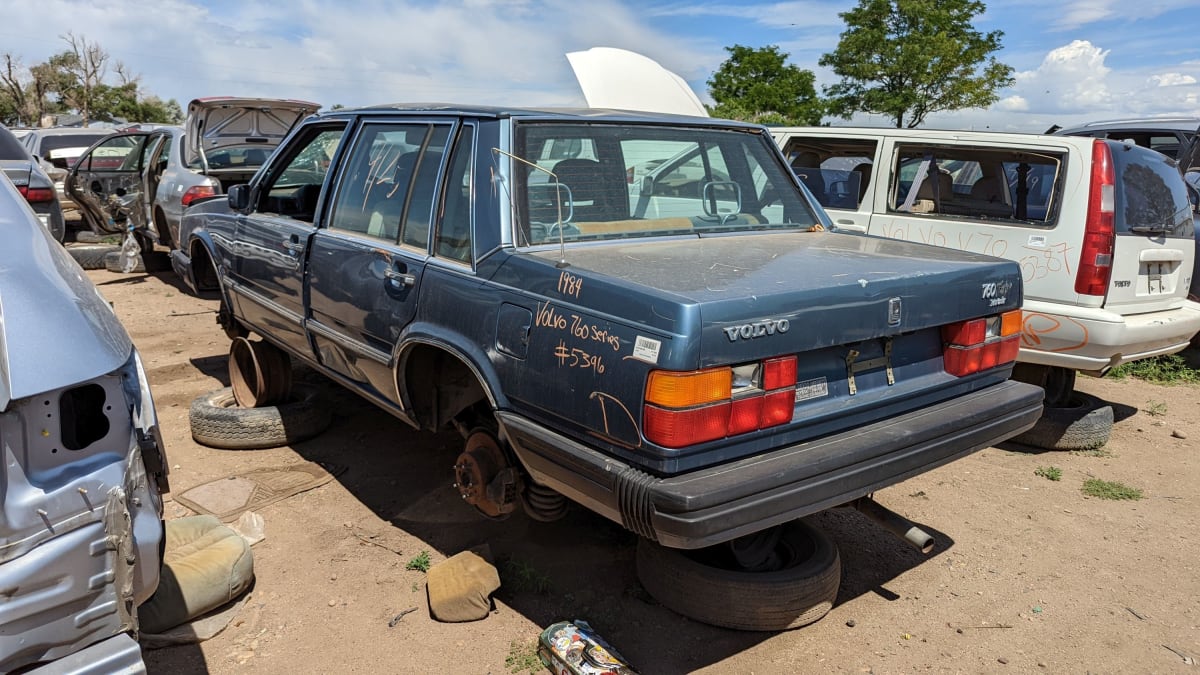 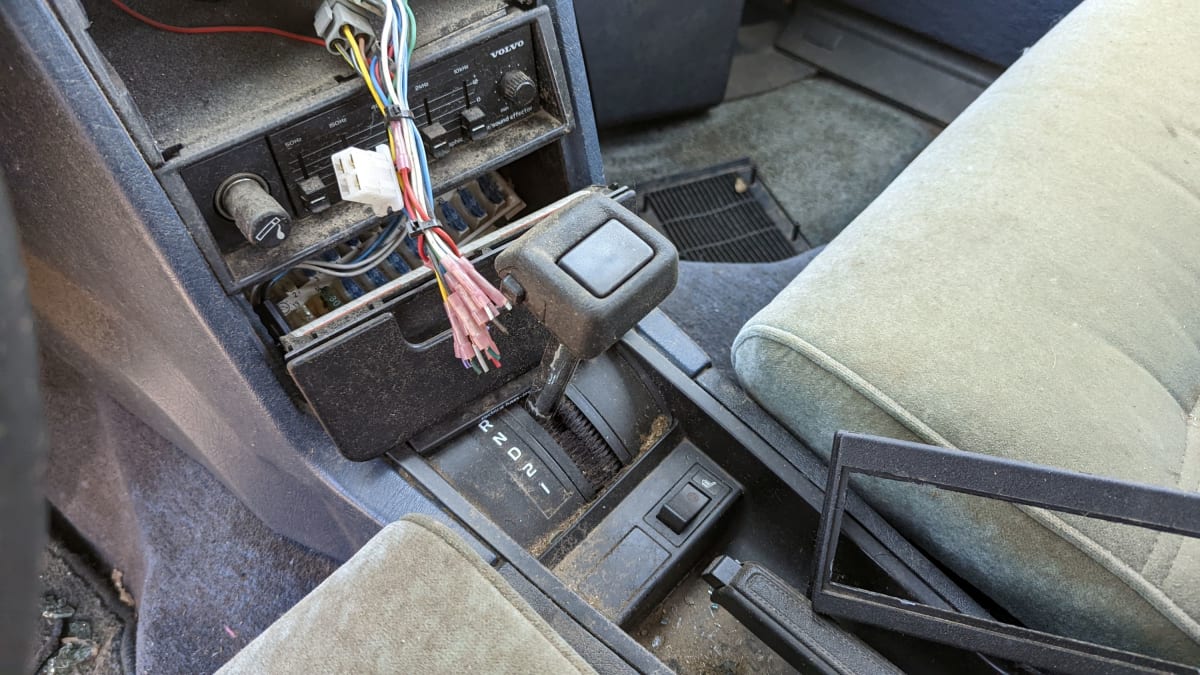 Supposedly you could get a U.S.-market 760 Turbo with a four-speed manual transmission, but every example I’ve ever seen had the four-speed automatic. 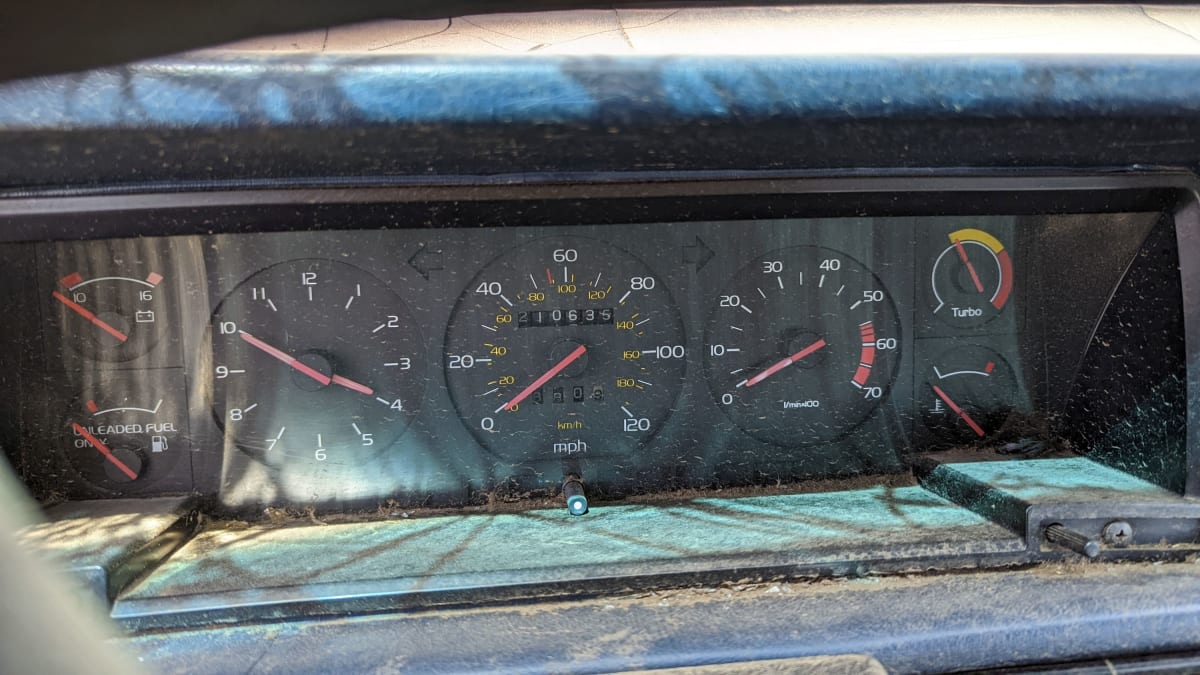 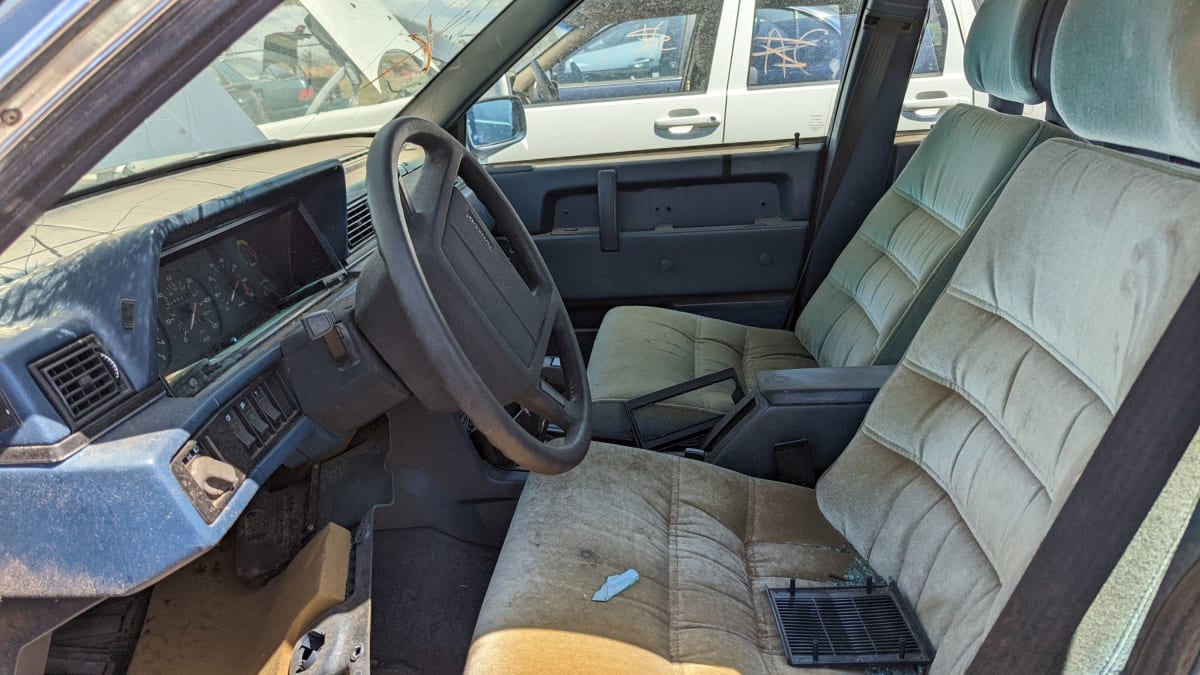 The interior looks decent enough for its age, though I suspect these cloth seats replaced the original leather ones after the cowhide fell apart beneath the High Plains sun. 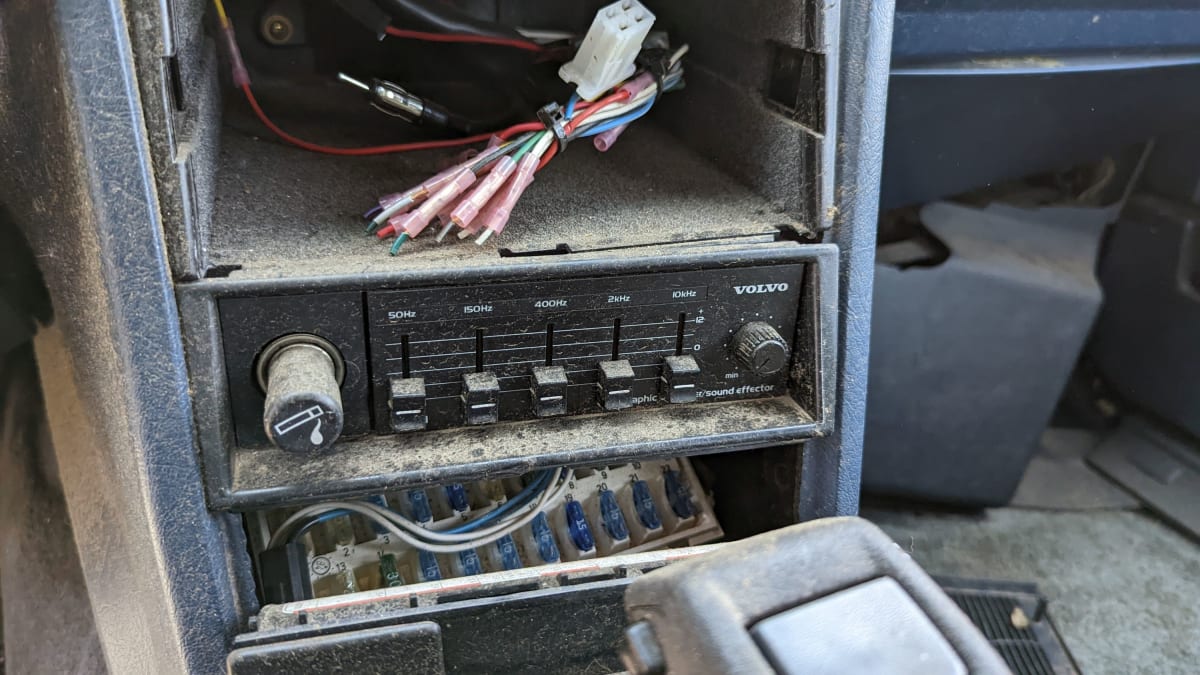 It’s hard to get more 1980s than a graphic equalizer/sound effector.