The General’s Buick Division began selling LeSabres for the 1959 model year, when it greeted the world with a cat-eyed face and razor-sharp tailfins, and the LeSabre rolled on the full-sized, rear-wheel-drive B Platform (best-known for underpinning the Chevrolet Impala and Caprice) all the way through 1985. For 1986, the LeSabre went to the front-wheel-drive H Platform, shedding a few hundred pounds and a half-foot of wheelbase, yet gaining interior room in the process. After that, every LeSabre ever made had a V6 engine driving the front wheels, all the way to the end in 2005. Here’s one of those early H-Body LeSabres, found in a Denver-area self-service yard in incredibly clean condition. 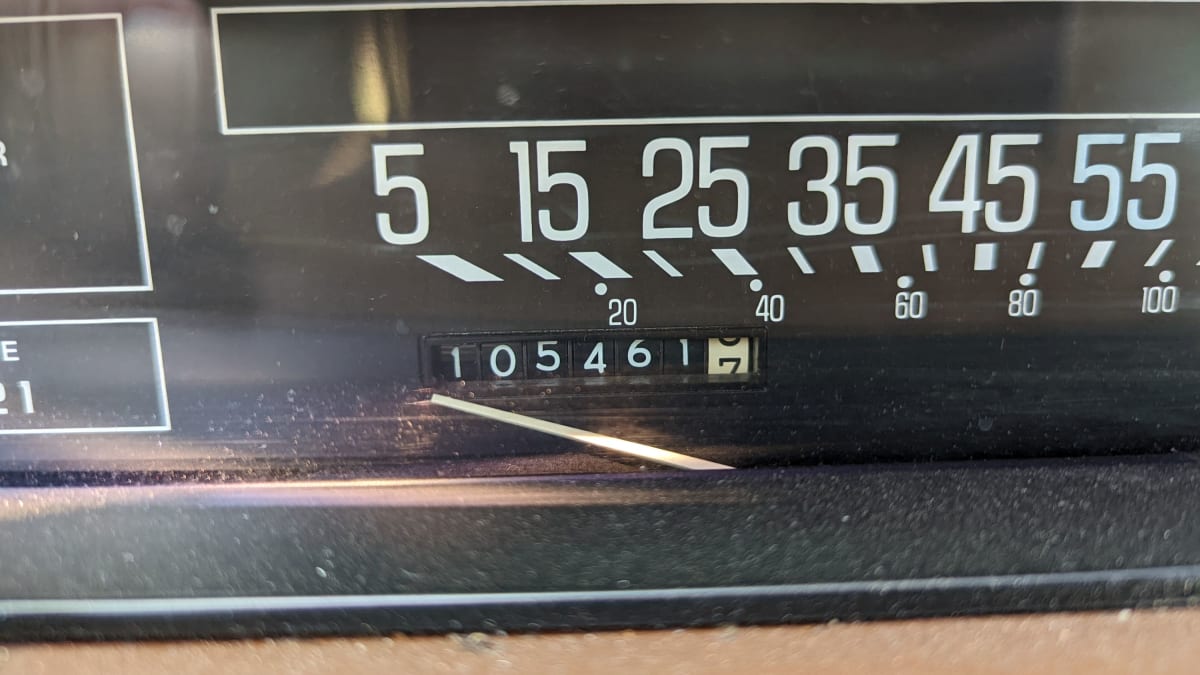 Some Buicks and Oldsmobiles of the mid-to-late 1980s (the ones on brand-new platforms) had six-digit odometers, which is the reason I was able to see that a discarded ’86 Olds Calais with crazy customizing touches had better than 360,000 miles on the clock. This car just barely squeezed past 100,000 miles … and that’s a higher number than I expected to see after glancing at the body and interior. 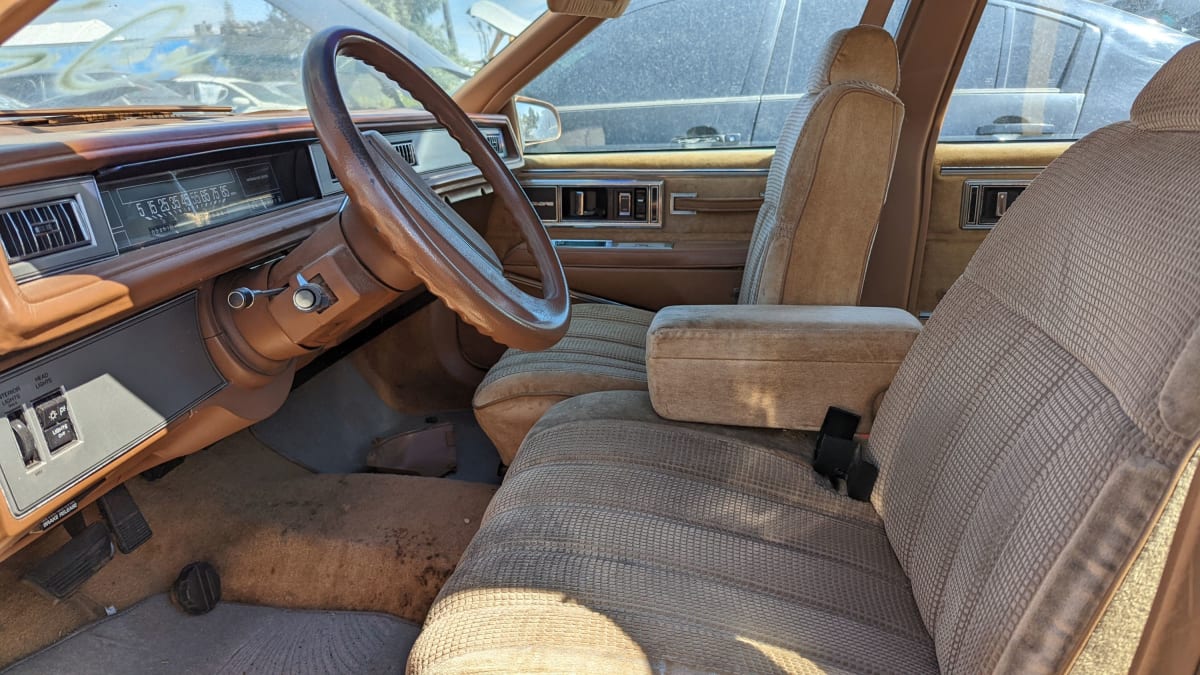 Just look at that upholstery! There are no rips, and the only stains appear to have occurred after arrival in the junkyard ecosystem. 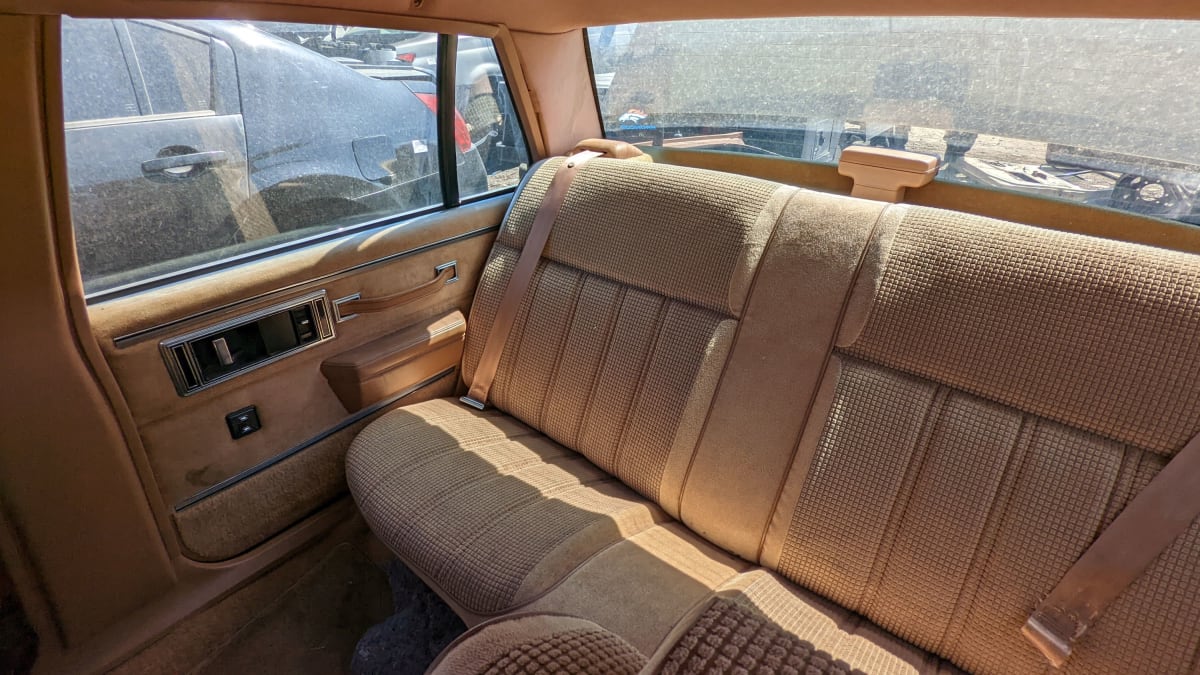 I think we’re looking at a one-owner car that was given meticulous care and was driven only to (a nearby) church on Sundays. 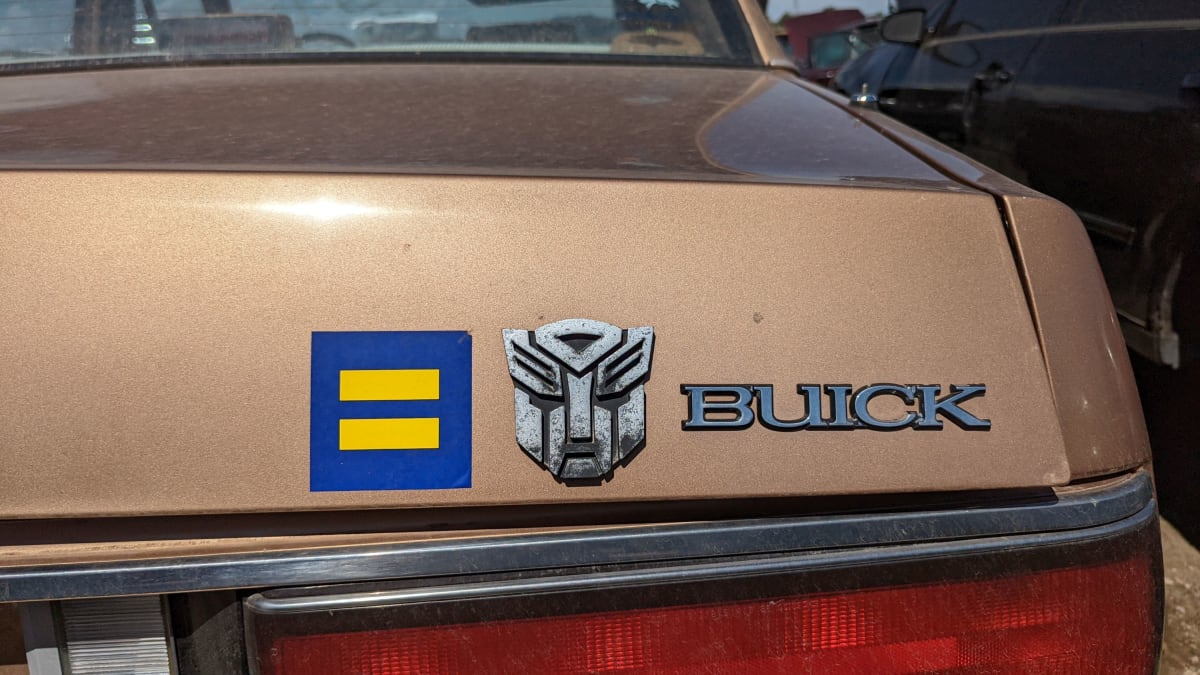 Though the HRC sticker and Autobot badge seem out of place on an original-owner Buick that rolled out of the showroom 34 years ago. Perhaps the car was handed down from Owner #1 to a grandchild. 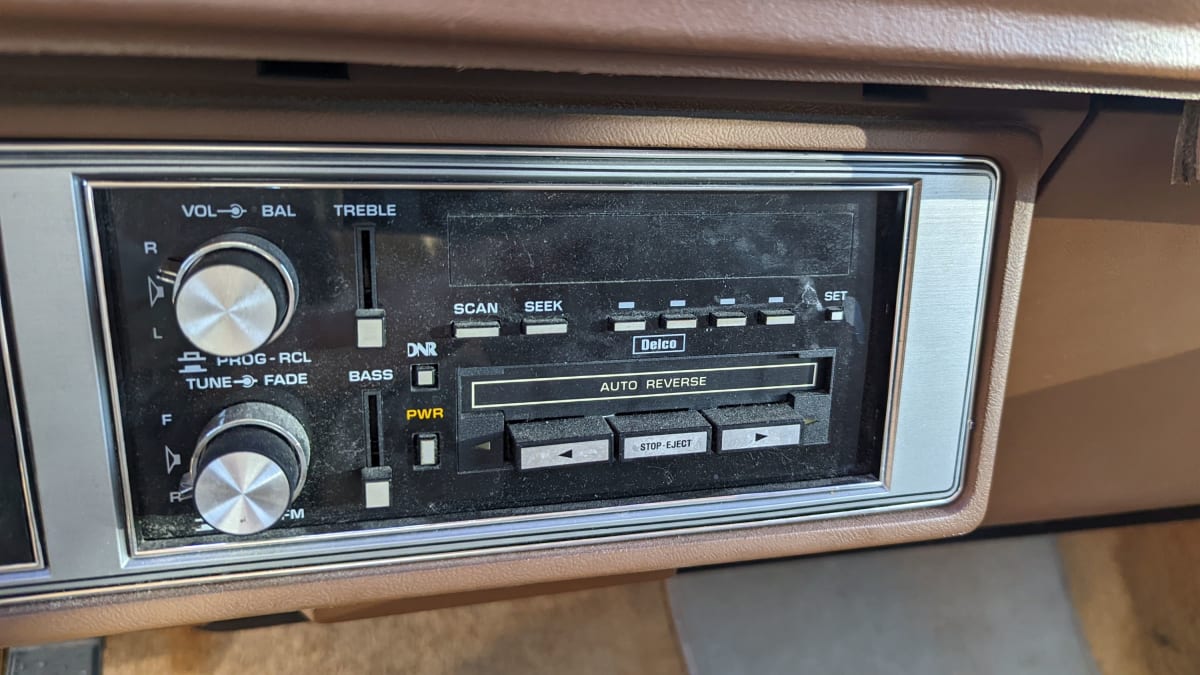 This is the most high-zoot radio Buick would sell you in a 1988 LeSabre, complete with Dolby, auto-reverse cassette player, and scan/seek modes on the radio. The price tag on this? 282 bucks, or about 720 inflation-shrunk frogskins today; not cheap, but necessary to do justice to the hit songs of the day. If you wanted a factory CD player in a new LeSabre, you had to wait another year or two. 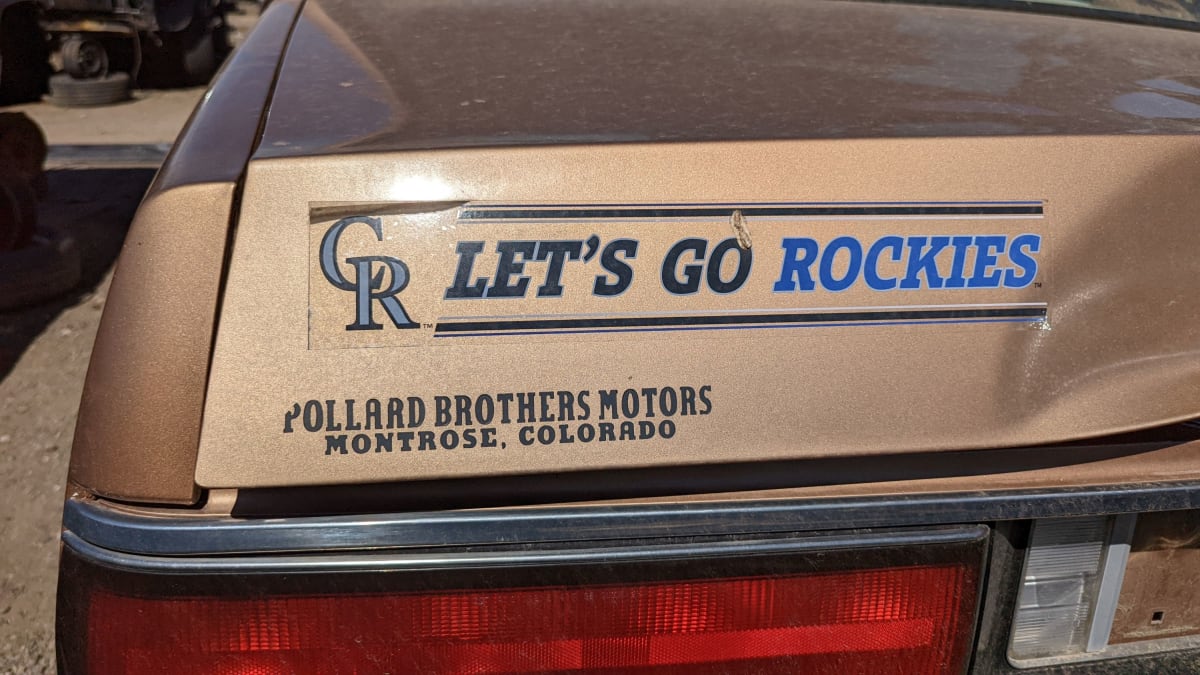 Pollard Brothers Motors is still around, on the other side of the Continental Divide from the Denver region. 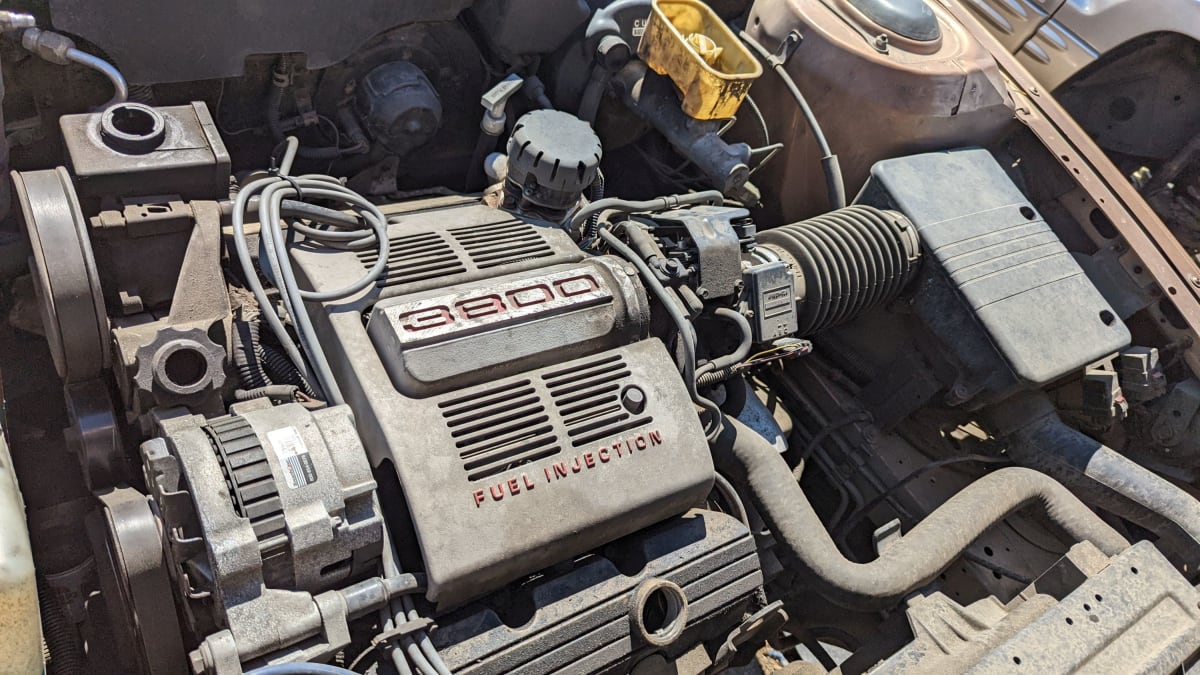 Power came from an EFI-equipped Buick 3.8-liter V6, rated at 150 horsepower. The only transmission available was a four-speed automatic. 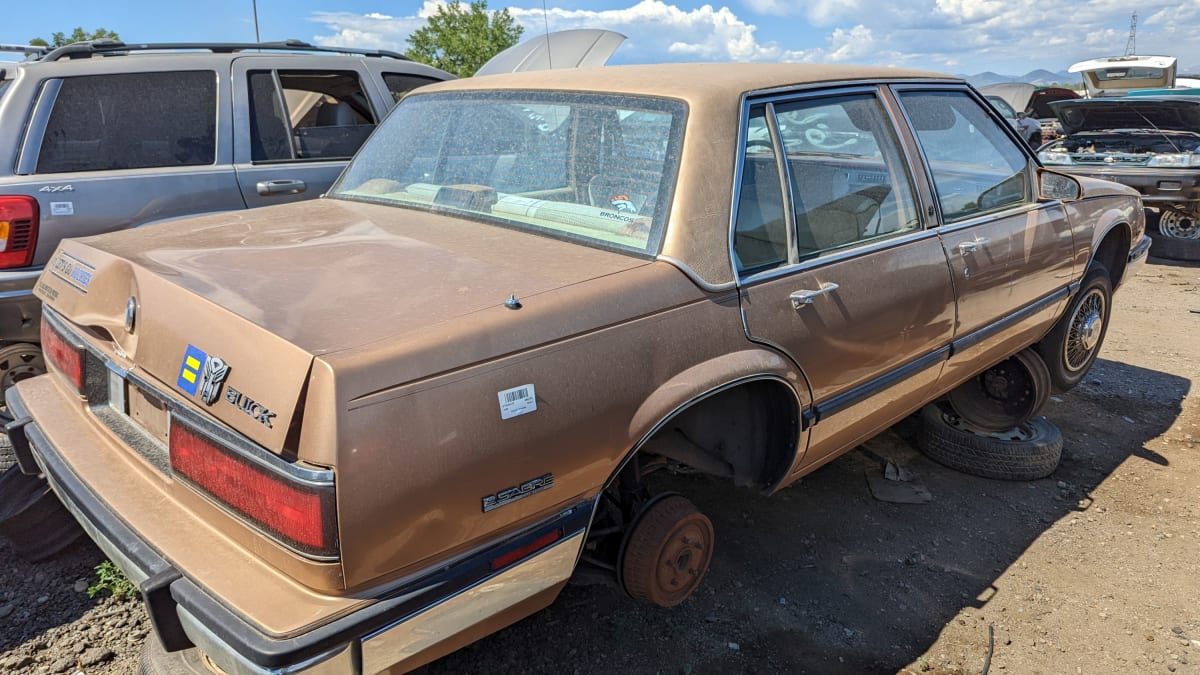 Except for some dents that almost certainly happened at the junkyard, the paint and body look gorgeous. Problem is, H-Body LeSabres don’t have an enthusiast following, and car shoppers looking for daily drivers tend to shy away from sedans this old. 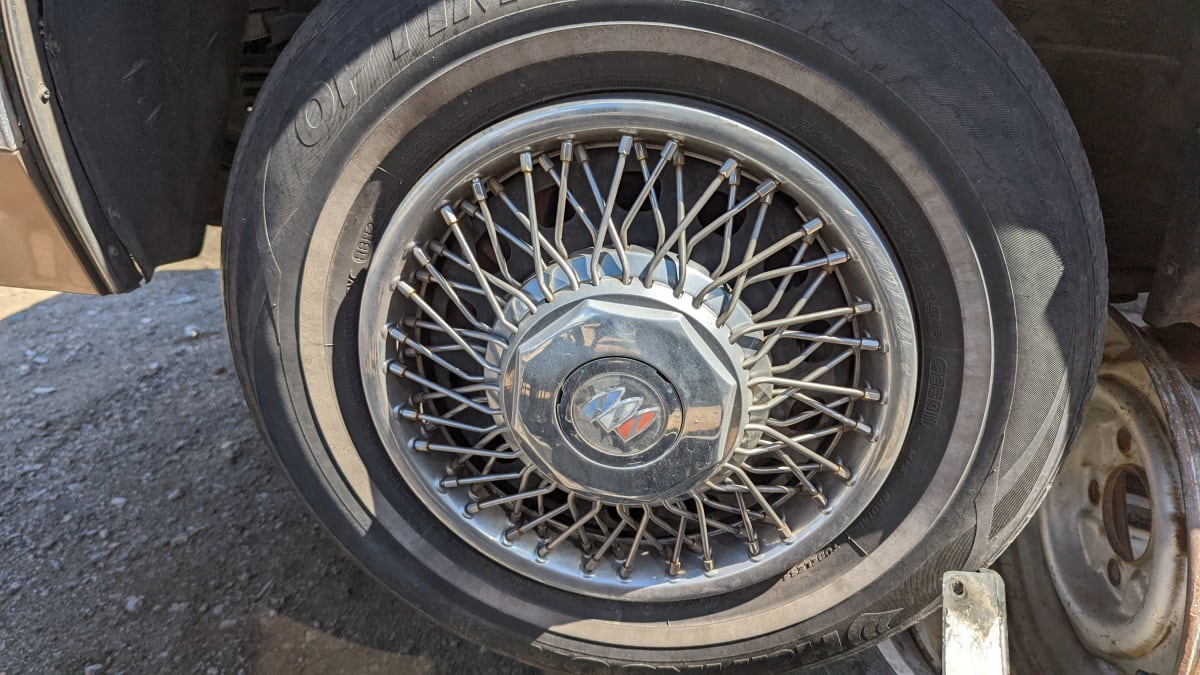 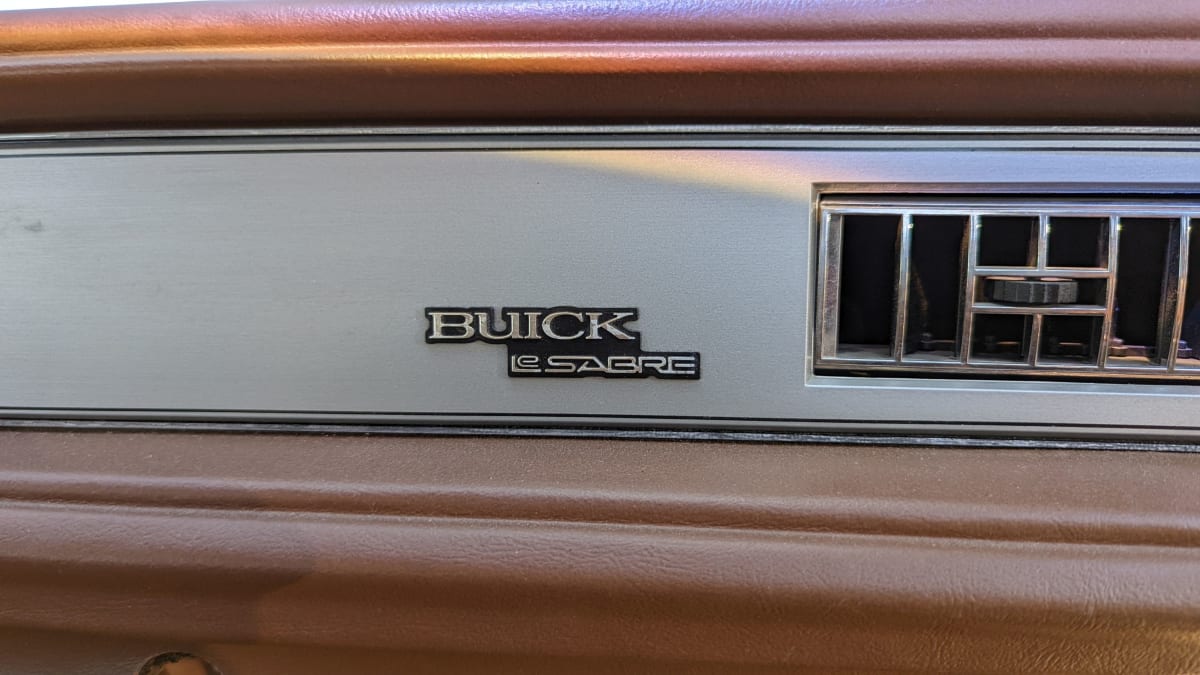 The build tag says it was born at Flint Assembly. Soon it will be crushed in Englewood, Colorado.

If you are what you drive, there are — admittedly — a lot of people who aren’t Buick LeSabres. So says Lieutenant Briggs.