As long as the Mercury brand existed — a period spanning the 1939 through 2011 model years — nearly every Mercury sold in the United States was more or less a redecorated Ford model. The Torino had its Montego sibling, the Crown Victoria had the Grand Marquis, the Cougar was based on everything from the Mustang to the Mondeo, and so on. Naturally, when the folks in Dearborn developed the Ford Tempo compact, a Mercury version had to be created. This was the Topaz, with the official launch of both cars taking place on the deck of the aircraft carrier often referred to as the USS Decrepit. You can’t make this stuff up! 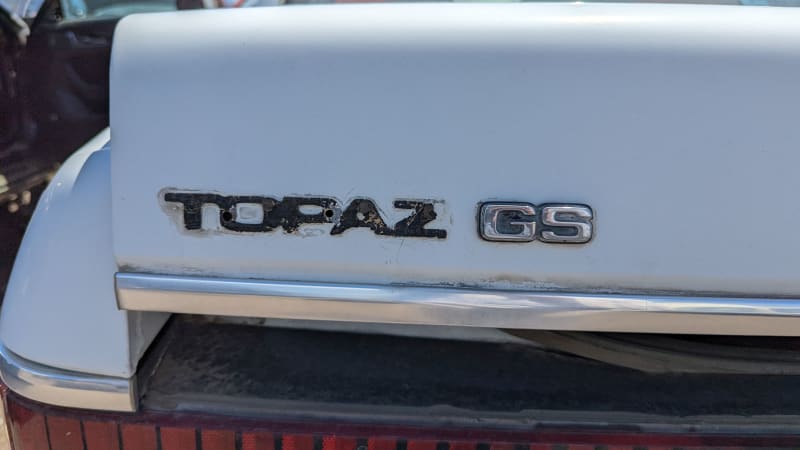 The Tempo/Topaz, also known as the Tempaz, has largely faded from our collective automotive memory by now, since it broke no significant new engineering or styling ground (this story would be much different if Ford had only put the amazing straight-eight “T-Drive” Tempaz powertrain into production) and didn’t have any endearing features other than being a cheap domestic competitor to the Toyota Corolla and Nissan Sentra. Still, close to 3 million Tempazes left North American Ford and Lincoln-Mercury showrooms during the 1984-1994 period. 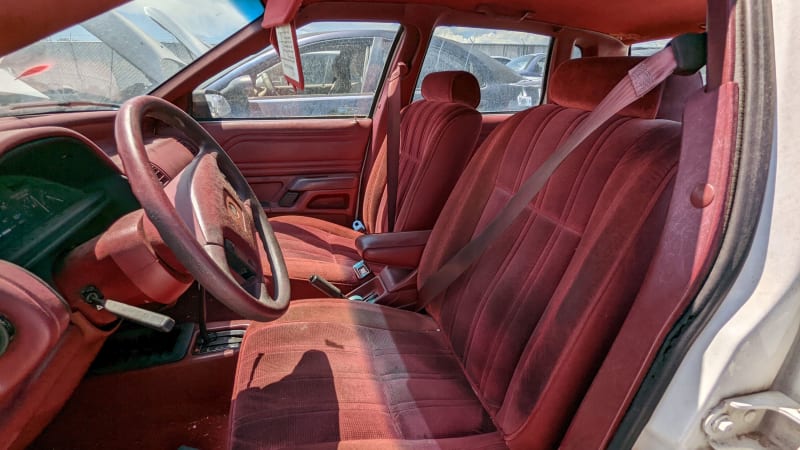 As you’d expect, most of these disposable cars disappeared from both the street and the car graveyard long ago. It takes a very special Tempaz for me to break out my camera while I’m patrolling my local wrecking yards; generally, this means an ultra-rare all-wheel-drive version or at least a very early model in super-clean condition. Today’s Junkyard Gem is neither, but I took one look at this spectacular Bordello Red crypto-velour-and-slippery-plastic interior and recognized that this was no ordinary junkyard Mercury. 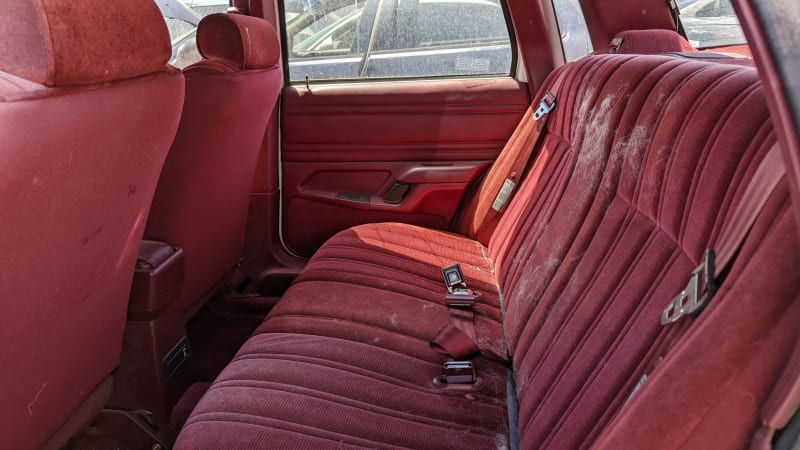 It appears that Mercury had dropped the idea of clever names for base-grade seat fabrics by the time of the Topaz, referring to this stuff as just “cloth” in all the brochures I could find. That’s too bad, because Mercurys had cool names for upholstery (e.g., Chromatex) in the old days. 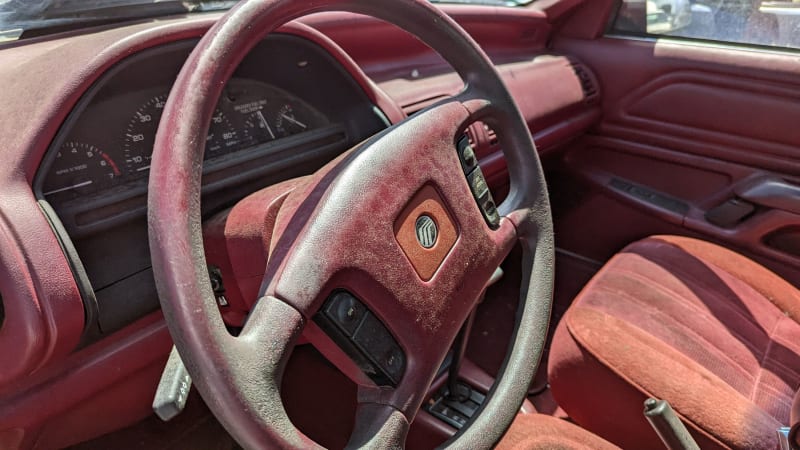 The interior is in very good condition but the steering wheel shows substantial wear, so I think this is a high-mile Topaz that got meticulous care from its owner or owners. 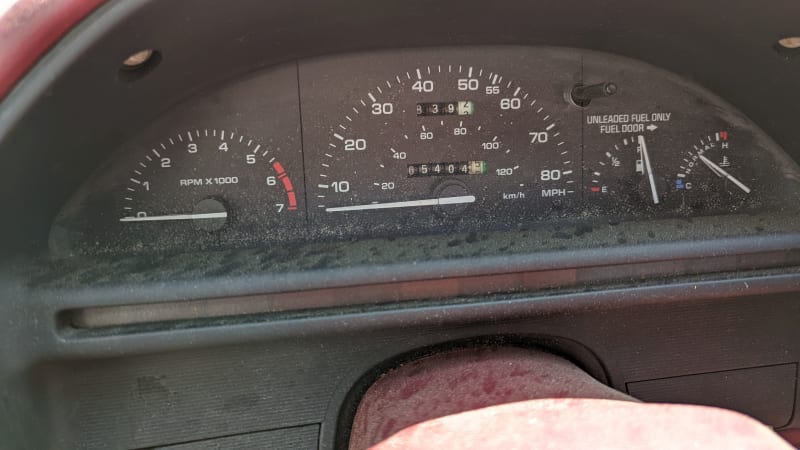 Ford used five-digit odometers on these cars until the end of production, however, so we’ll never know if this reading indicates 65,404 miles or 365,404 miles. 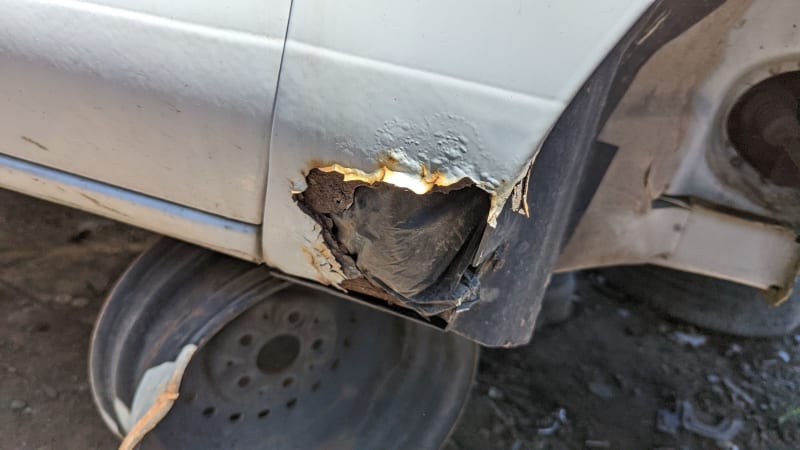 The body is very straight, but there’s some nasty corrosion behind the right front wheelwell. 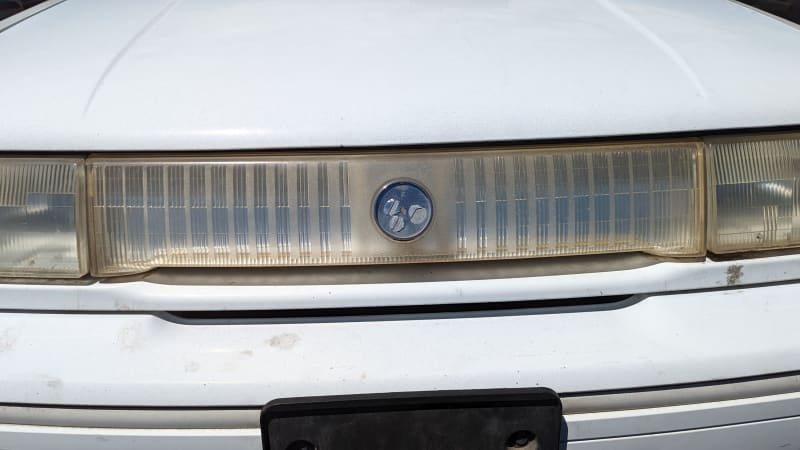 This grille bar suggests the illuminated bar on the (Taurus-based) Sable, but it didn’t really light up. Still, it made the Topaz look more ornate than the Tempo. 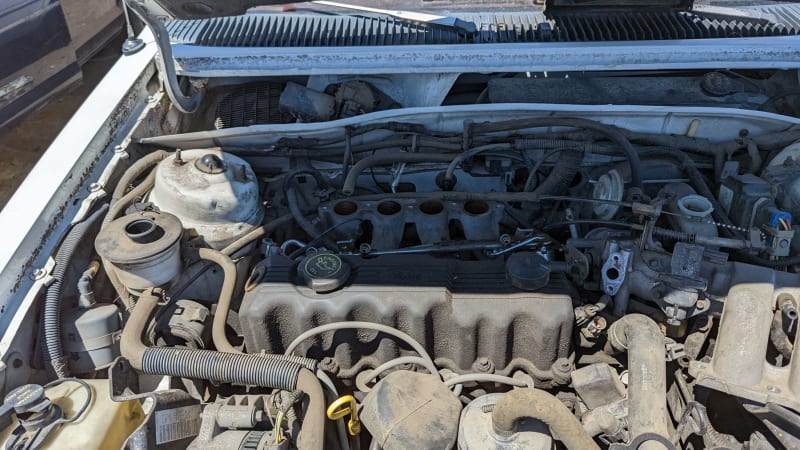 The pushrod Vulcan V6 out of the Taurus/Sable became available in the Tempaz for the 1992-1994 model years, but this car has the HSC straight-four that went into nearly every Tempaz (and some very slow Tauruses). The HSC was two-thirds of the 200-cubic-inch Thriftmaster straight-six of the early 1960s, so it wasn’t exactly cutting-edge technology for the middle 1990s. This one was rated at 96 horsepower. 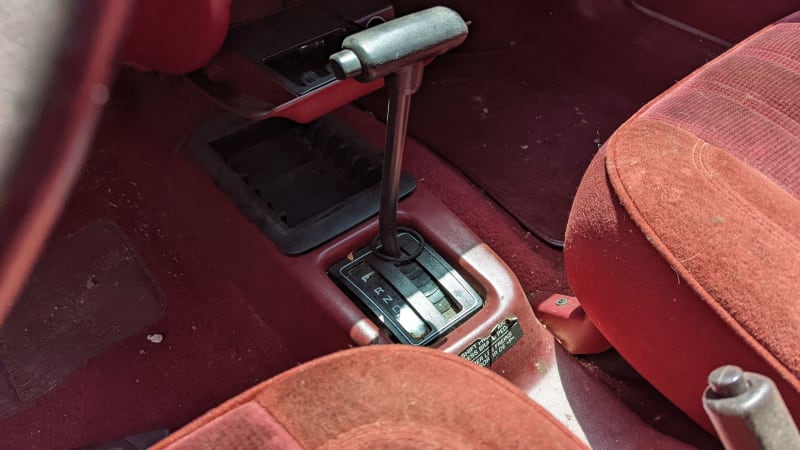 The Tempaz had a manual transmission as base equipment for its entire production run (a four-on-the-floor for 1984 and then a five-speed for the 1985-1993 cars), and numerous penny-pinching buyers of early Tempos got the three-pedal rig. Car shoppers seeking the prestige of a Mercury in the driveway tended to prefer automatics, and that’s what this car has. Price tag for this three-speed slushbox: 563 bucks, or $1,170 in 2022 dollars). 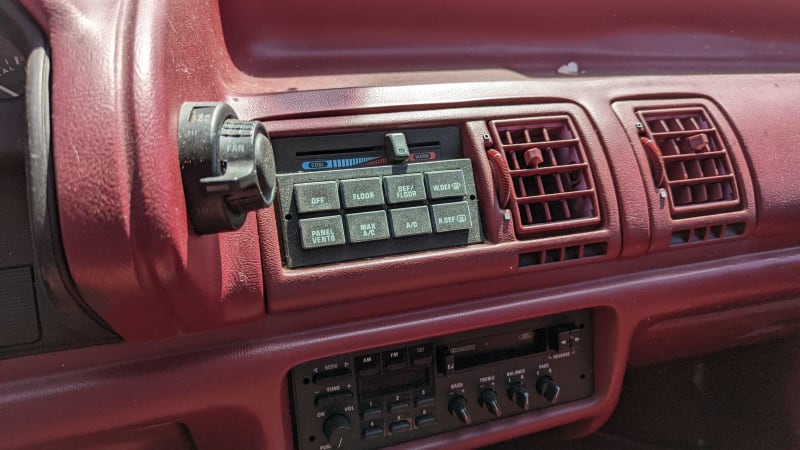 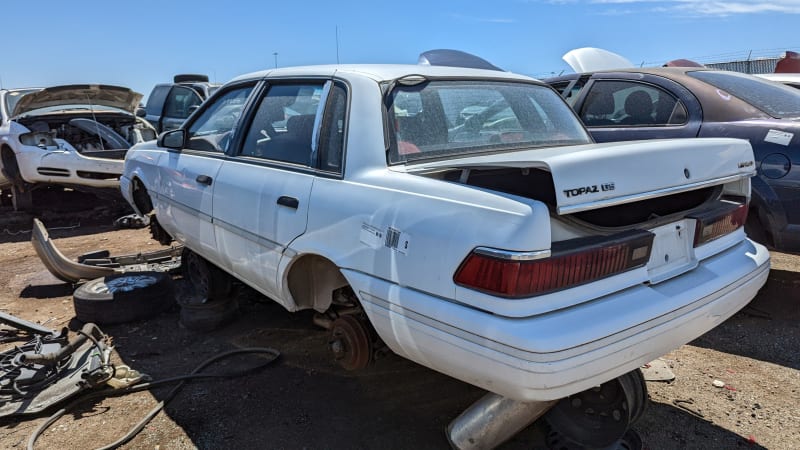 You could get a new Nissan Sentra XE four-door for $11,190 in 1993, and it had a 14-horsepower edge over the HSC-equipped Topaz. The front-wheel-drive Subaru Loyale sedan was just $10,478, the Dodge Spirit sedan cost $11,941 … and then you could roll the dice on a new Isuzu Stylus sedan ($9,599) or get extremely sensible with a (Corolla-based) Geo Prizm LSi sedan for $10,630. That list is just scratching the surface of the very dated Topaz’s competition in 1993, so Lincoln-Mercury was fortunate to sell about 75,000 of them that year.

The two-door Tempaz was significantly cheaper than the four-door, and the cars were so similar to each other that they often got lumped into the same TV commercials.

You could get A/C or an automatic thrown in for free if you waited for the inevitable sale.

When you were competing against the Chevy Cavalier (which generally beat the Tempaz on price during any given model year), you had to brag about deal-sweetening extras.

The out-the-door price of a Tempaz could be cheap indeed. I hope Sly Stone got paid well for the pain and suffering inflicted by this ad’s horrifying cover of “Hot Fun In the Summertime.”