His Excellency Dr. Mohammad Al-Mualla, MoE’s Undersecretary for Academic Affairs, said that the UAE, thanks to the directives and vision of the wise leadership, had cut short several stages of teaching and learning experiences to attain a mature education system. He added that this had been achieved by reducing the number of phases and supporting tools in each phase of education development to achieve empowerment within 50 years. He explained that education was among the top priorities of the leadership because it was a solid base for the post-oil phase. He said that investing in education was the primary focus since the establishment of the country by developing frameworks that accelerated the march towards renaissance, prosperity, and development.

He pointed out that empowerment was a collaborative work that started at the hands of the founding father of the union Sheikh Zayed Bin Sultan Al Nahyan, may Allah have mercy on him. He added that education was at the heart of building and renaissance of the country, as the founding father was convinced that it was impossible to build without science, achieve renaissance without robust education, or maintain a civilization without a solid education system.

HE said, “Our father Zayed started from scratch. He provided the basics of education and pushed them forward to develop with other education tools in a very short period. Sheikh Khalifa Bin Zayed Al Nahyan, may Allah have mercy on him, pursued the efforts until he empowered education with human and other various resources.

He explained, “There were challenges that made the Emirati education system a milestone in the foundations of education and its development among the advanced nations. His Highness Sheikh Mohamed bin Zayed Al Nahyan, may Allah protect him, defined the features of the future of education in UAE Centennial, according to an ambitious vision inspired by global systems in designing future education systems that would meet the needs of 22nd century.”

HE said that unifying the educational system at the state level reflected the visions of Sheikh Khalifa bin Zayed Al Nahyan, may Allah have mercy on him. He added that by doing that, he aimed to achieve the present and future aspirations, establish a pioneering model of education, upgrade curricula and skills, and establish an educational system in Emirati schools that was characterized by high quality. He said that the process of promoting and developing education in the country was carried out in accordance with comprehensive strategic plans, to be the country’s gateway to the future.

He pointed out that unifying the education system helped achieve the development, which we were reaping its fruits in the time being. He added that this was achieved by enhancing the efficiency of the education system in the country and improving its performance, to achieve sustainable development, as per the vision of the wise leadership to build a unified educational system capable of achieving higher national goals and leading to a sustainable knowledge-based economy.

He added, “The process of developing education in the country is proceeding to achieve its goals, according to a future strategic plan and in a manner that keeps up with the qualitative and comprehensive development in the country in the present and future. Unifying the educational systems, under the directives of Sheikh Khalifa bin Zayed Al Nahyan, may Allah have mercy on him, helped enhance the efficiency of educational system and elevate it among the latest international levels, to keep pace with the development of the country we were all witnessing.”

He said that the wise leadership believed that building humans was the foundation for building the country, according the directives of Sheikh Khalifa bin Zayed Al Nahyan, may Allah have mercy on him. He added that the educational systems were unified at the state level for this purpose, in a manner that met the requirements of development and achieved the higher national goals, namely devoting the unity of the country and citizens, in terms of thought, knowledge, and approach to action and development.

HE Al-Mualla said, “The decision to unify the education system in the country helped establish a high-level education system in all state schools that kept pace with the latest global developments. It also harmonizes with the vision of our wise leadership and its firm belief that the people of the UAE are the pillar of a future, modern, and global educational content that keeps pace with the UAE’s ambition and plans to upgrade the educational system with curricula that meet the requirements of the future labor market.”

His Excellency Eng. Abdul Rahman Al-Hammadi, MoE’s Undersecretary for Performance Improvement, said that education, in the vision of His Highness Sheikh Mohamed Bin Zayed Al Nahyan, President of the UAE, may Allah protect him, was crucial to sustainable development and foreseeing the future and that HH regarded it as a solid base in the post-oil phase. He added that HH was inspired by the vision of Sheikh Zayed Bin Sultan Al Nahyan, may Allah have mercy on him, who laid the foundations of the UAE and its renaissances in all areas, especially the education sector.

He explained that HH’s interest in education was not limited to visions or ideas, but included follow-up, field visits, qualitative initiatives, meeting with students, and honoring the distinguished ones. He added that HH also issued directives to provide everything needed to boost education development, communicated constantly with educational institutions, teachers, and students, provided capabilities to boost educational performance to keep pace with the current developments and knowledge-based economy, and offered an environment that was suitable for creative students and teachers.

He pointed out that HH’s role in enriching references and supporting the education sector with educational books enshrined the importance of education in HH’s vision. He added that in this context, HH ordered the allocation of AED 6 million to purchase valuable books, references, and educational materials that included 500,000 titles at the Abu Dhabi International Book Fair in 2021. He said that such step was a culmination of HH’s vision of the importance of books that supported the minds and were key to the renaissance of countries.

He said that HH established an award for the best GCC teacher and that the award had expanded to include 13 countries. He explained that the award reflected the value of looking after teachers and had a clear educational message. He added that the award also enabled teachers to play their role and deliver their national message of building a generation that had awareness, knowledge, skills, and potentials and lay the foundations of a quality education, which we would reap its fruits in the form of development of the education sector. He explained that this would enhance the education sector, its competitiveness, and its leadership worldwide and help it keep up with global indicators.

HE Al-Hammadi said that HH’s directives aimed at developing students’ capabilities and skills, motivating them, according to the best practices, and enabling them to build their present and future, while taking pride in the values of their community, homeland, and identity. He added that HH’s directives also aimed at providing a stimulating environment for the students, to achieve an educational renaissance that foresaw the future and enhanced the stature of education. He said that the UAE was distinguished by its cultural identity and authentic, moral values stemming from the teachings of Islam and the traditions of fathers and grandfathers that upheld the values of tolerance, respect, cooperation, love of goodness, belonging, giving, sacrifice and unlimited giving to the homeland.

He noted that education in HH’s vision included paying more attention to scientific and ethical aspects, instilling, and deepening these values among young people. He added that HH regarded ethics as an important, basic element in the comprehensive development system, which was related to ethics, self and community development, culture, heritage, civic education, rights, and responsibilities. He said that the aim was to achieve the sustainability adopted by the country. He added that HH also called on enabling families and parents to interact with, contribute to, and support the educational efforts, participate in building the national minds, and prepare future generations.

HE Al-Hammadi added, “We are proud of HH’s vision, decisions, and directives that place education, its various levels, and rules within the future strategy. This includes the Institute of Applied Technology, Abu Dhabi Institute of Vocational Education, and Abu Dhabi Center for Technical and Vocational Education and Training. In addition to attracting the best universities in the world to open branches in Abu Dhabi, such as Sorbonne University and New York University and increasing the number of students enrolled in graduate programs at the Petroleum Institute, Khalifa University, Masdar Institute, and the Sheikh Mohamed Bin Zayed Scholarship for Higher Education. 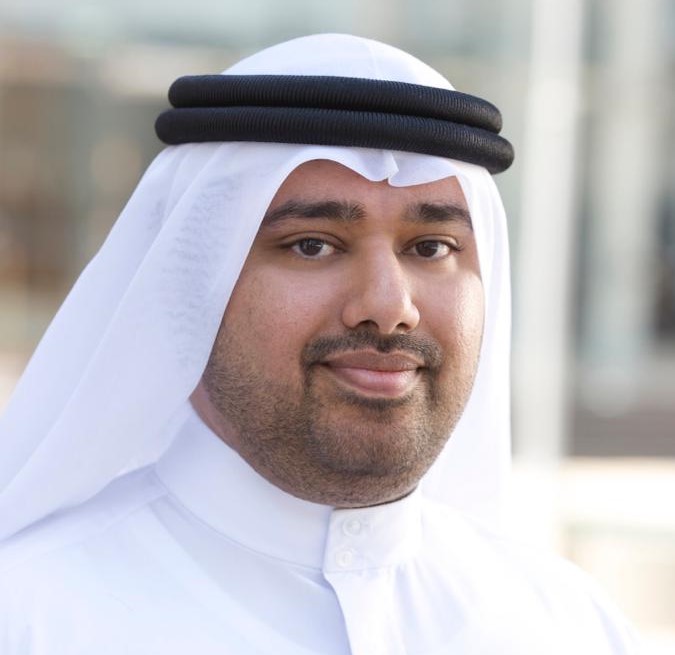