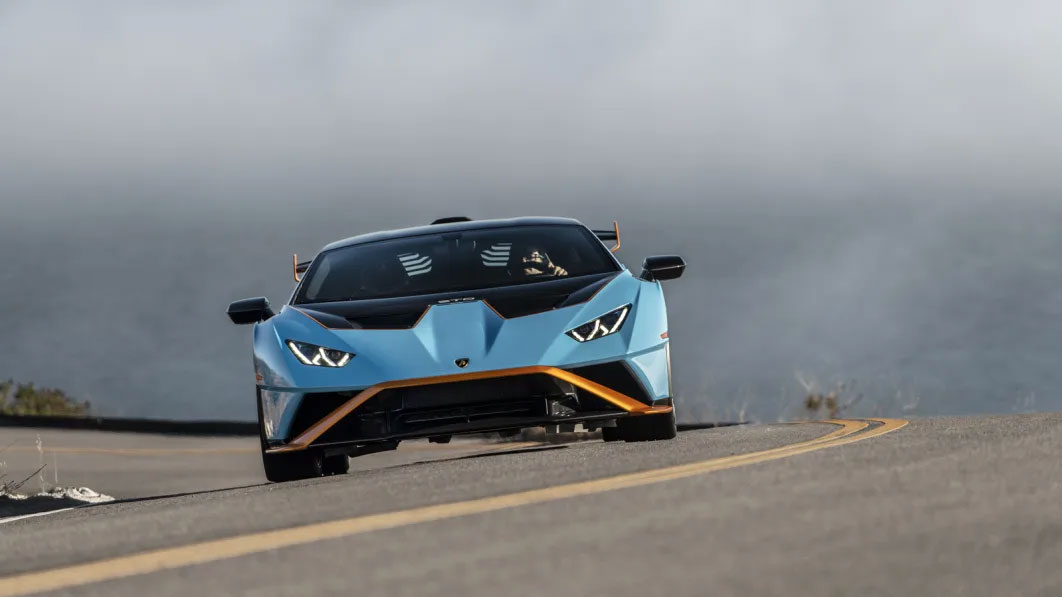 So far, Lamborghini is celebrating 2022 with record sales and odes to the internal combustion engine thanks to a raft of special editions. The Italian automaker’s plunge into electrification starts next year with the next-generation Huracán and its plug-in hybrid powertrain. Lamborghini’s head of research and development said, “The engine will be bespoke for Lamborghini. On the final details we can’t yet communicate this, but I would say more than six and less than 12 cylinders for the combustion engine.” The easy (well, easier…) option would be to tweak one of the Volkswagen Group’s twin-turbo V8s to work with a pair or trio of electric motors. Auto Express says its sources suggest two bits of intel on that engine, the first being that it could be an in-house design “not sourced from VW Group,” the second that combined output might exceed 850 horsepower. Such a theoretical coupe would be 169 horses more potent than the Huracán STO and easily satisfy Mohr’s assertion that the new generation “from the performance point of view … will again be a big step.”

Lamborghini is spending $1.8 billion on its path to an electric future. It’s possible the firm could take part of that money to develop a V8 for itself, instantly setting itself apart from the other high-dollar brands in the VW Group. Naturally, we’d love to see that, or even a hybrid V10; what a monster that could be, although heavy, and engineers have been clear about waging a war against weight. The Wolfsburg parent is known to be a huge fan of scale, though, and a V8 or V10 that only serves two vehicles — the Aventador will continue with a V12 even as a plug-in hybrid — seems like a stretch to get approval. Parsing this also depends on how the automaker could define “in-house design.” We’ve seen massively revised engines built around an existing block considered “all-new.”

The Huracán could debut as soon as next year, one year ahead of the automaker’s commitment to electrifying the whole three-car lineup. Autocar says that looking ahead from there, we’ll finally get eyes on the battery-electric Lamborghini in 2028. Last year, the predicted window was sometime between 2025 and 2027, and an interview with Lamborghini chief Stephan Winkelmann has clarified a few bits. Autocar says the EV will “be an all-new, radically styled 2+2 crossover” that looks back to the 2008 Estoque concept for “light inspiration” but “significantly more dramatic styling” than anything else in the range so it’s understood as an EV on sight. Within two years of its launch, Lamborghini will introduce a battery-electric Urus.

If things stay as they are, that would mean a four-vehicle lineup consisting of two PHEV-only models, one electric-only model, and the Urus offering both.