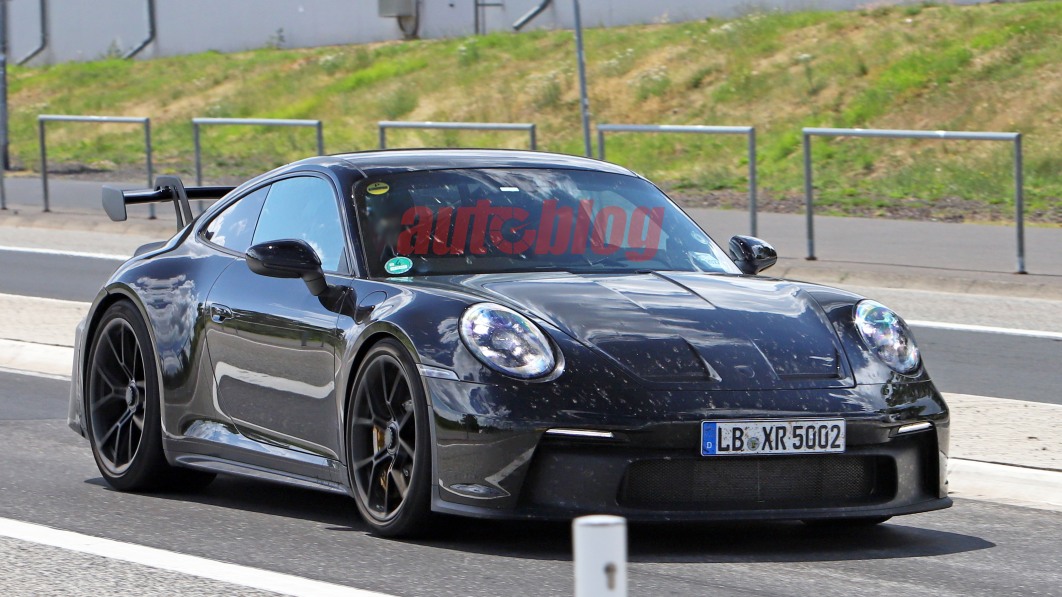 The 992 Porsche 911 GT3 is barely a year old, but Porsche already appears to be updating it in anticipation of the lineup’s forthcoming refresh. It’s not nearly time to say goodbye to the 992 entirely, but some nip-and-tuck updates are surely in the pipeline, and the GT3 is in a good position to play catchup as those changes percolate throughout the lineup.

The “face” in “facelift” may be a bit of a misnomer here. Wearing the blink-and-you’d-miss-it camouflage that has become synonymous with Porsche, this GT3 prototype (the wing is a dead giveaway) has much of its rear body tightly buttoned-up, but the front end appears entirely carry-over. It’s early yet, so it’s entirely possible that Porsche doesn’t quite have a new front-end design set in stone. On the other hand, the GT3 could have been our first hint at what a 992.2 model might look like.

In any event, the rear bumper disguise seems to indicate that the aero and air extraction elements formed into the GT3’s rear bumper will be redesigned, perhaps to bring it a little closer to the treatment we’re expecting to see on the new RS model, which has been spied multiple times boasting the far more over-the-top aero we’ve come to expect from Porsche’s track day toys.

The RS is expected to be shown this year, though given the current state of global supply chain, it’s really anybody’s guess. Stay tuned.