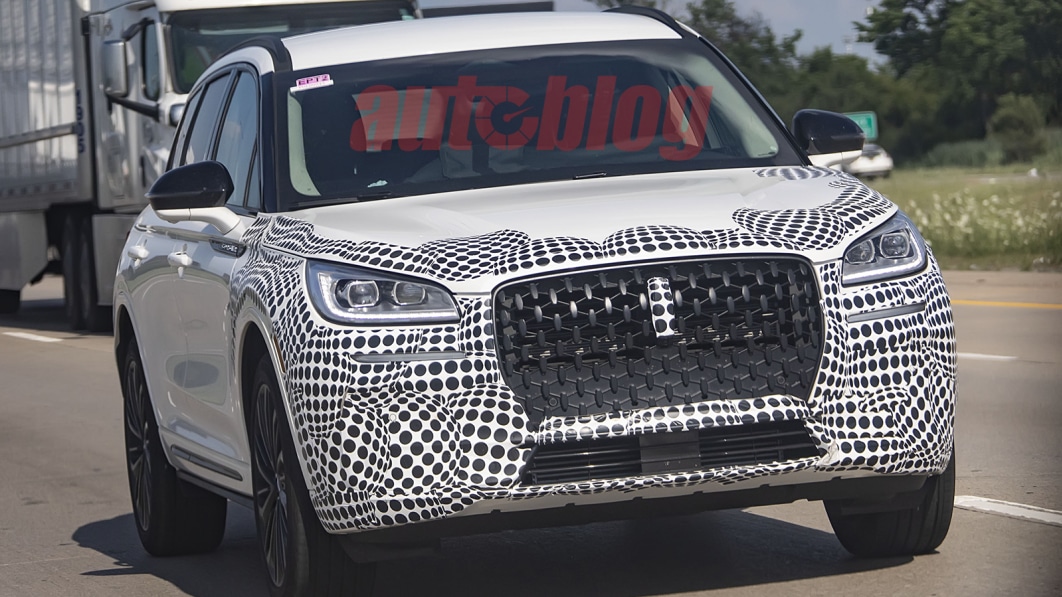 We’ve recently seen the refreshed Ford Escape in spy photos, and it appears its luxurious platform mate, the Lincoln Corsair, is getting a refresh, too. It’s a significantly more modest restyle, with one exception: The Corsair is getting a bigger grille.

Yes, like so many other makes and models, Lincoln is updating its little SUV with a big grille. The width and even the shape aren’t that different than the current model. But it’s taller, having been stretched downward into the front bumper. It may now have a thicker lower chrome bar like the Navigator.

Besides the grille, the rest of the Corsair looks nearly unchanged. Even the headlights look the same as the current model. The rear is also the same. Photos don’t show the interior, but expect that to be generally the same, too, possibly with a larger infotainment screen.