Seems we got ahead of Maserati, but now we’re on the same page with the Italian carmaker. We wrote about the Maserati Project24 earlier this week, a limited-edition track car not built to race a specific series, instead chasing Maserati’s own performance targets. We wondered whether the Project24 was a pivot from the rumored GT3 program planned for the MC20 years ago. Turns out the Project24 is an offshoot of the GT2 program for the MC20, the Italians in Modena announcing they’ve developed an MC20 GT2 to compete in the Fanatec GT2 European Series Championship next year.

The base tech specs listed so far for the MC20 GT2 are the same as the Project24. The twin-turbo Nettuno V6 shifts through a six-speed sequential auto with paddle shifters, sending power to the rear wheels through a mechanical limited slip differential. Brembo CCMR racing brakes hang off a double wishbone suspension with anti-roll bars front and rear and adjustable dampers, just behind custom, forged 18-spoke center lock wheels on racing slicks that can be changed easily thanks to on-board air jacks. A single seat in the cabin is accessorized with an adjustable, multifunction carbon fiber steering wheel, an adjustable pedal box, and air conditioning. Safety features include an FIA fuel tank, rain light, roll cage, six-point harness, and fire extinguisher. 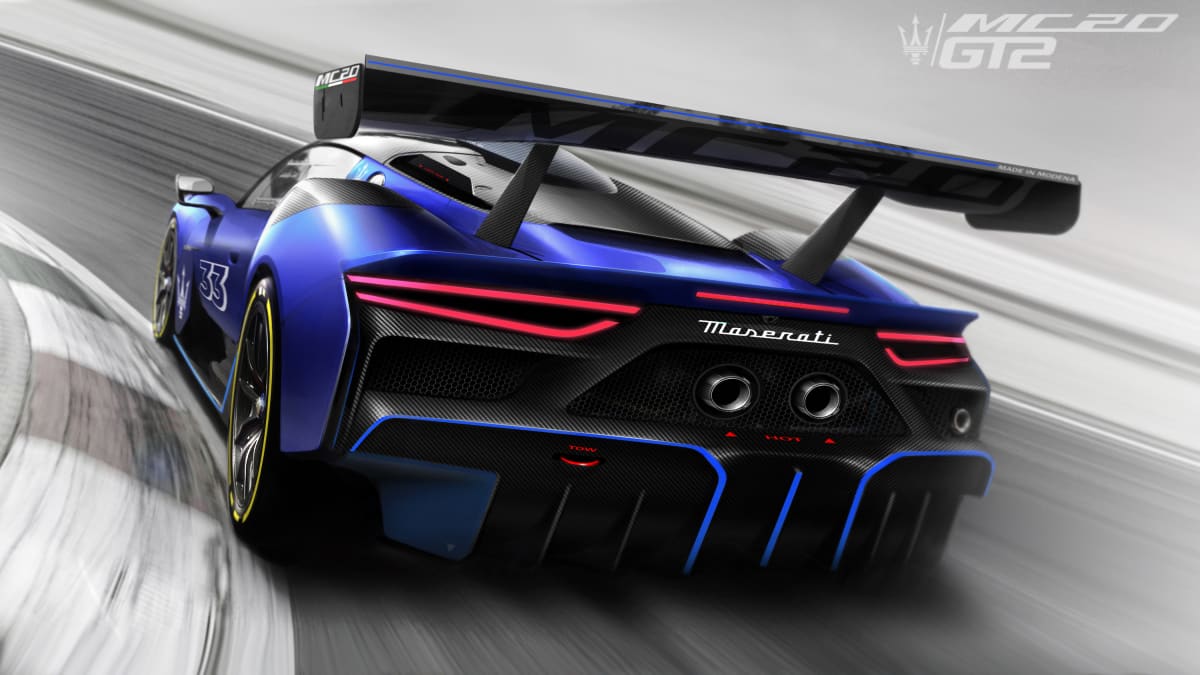 The differences that we know of include output, curb weight, and the aero package. Series organizer SRO says GT2 is “formulated to bring gentlemen drivers back to the front of the stage … whilst being fast and spectacular enough to secure the values of SRO-promoted championships, should the current GT3 category become too expensive for too many of our teams and drivers.” GT2 regulations cap output at around 630 hp, just nine more than the standard MC20 throws down — and 110 hp less than the Project24. The series’ Balance of Performance rules will ultimately determine race weight and output. The regulations also draw limits around aero devices that Maserati Stile didn’t need to heed on the Project24. The aero bit is especially important here because GT2 cars are more powerful than GT3 entries but designed to be less reliant on aerodynamics than GT3 cars, making GT2 versions easier for amateurs to drive at the limit.

This is Maserati’s first dip back into GT racing above the GT4 class since the MC12 GT1 that snagged close to 100 wins between 2004 and 2010. The race division will
sell cars to individuals and race teams. As of now, those Trident drivers will face six other manufacturers in the series in the Brabham BT63 GT2, Audi R8 LMS, Porsche 911 GT2 RS, KTM X-Bow, and Lamborghini Super Trofeo Evo.