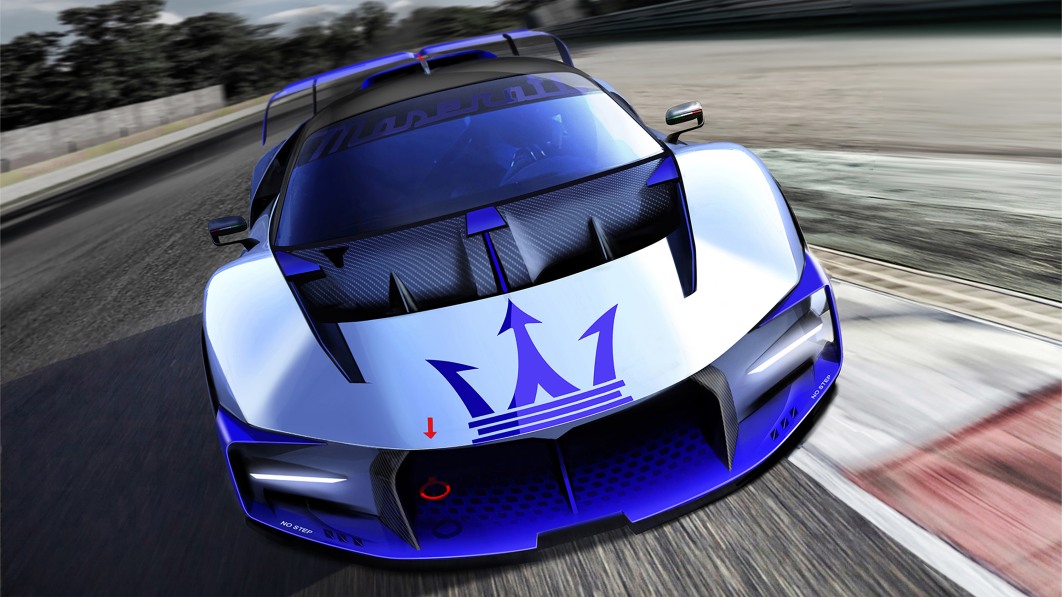 Maserati joins the parade of limited-run, track-only cars designed to a set of specs instead of a set of established racing regulations. The entry is known by the codename Project24 at the moment, and Maserati says it will build just 62 examples. We don’t know the significance of 24 nor of the production run. When the automaker launched the MC20, it said it planned to get return to heritage values founded at Formula 1 and sports car tracks around the world. While we wait on an MC20 developed for FIA GT racing, Project24 will be automaker’s second outlet for racing aspirations, the Italians planning on entering Formula E next season.

It’s possible the Project24 is an offshoot of Maserati’s reportedly dead GT3 program for the MC20. In December 2020, Daily Sports Car reported that a GT3 challenger “was said to be under development” when Maserati debuted the MC20, but perhaps due to ramifications of Covid, the circuit version was “shelved for the time being.”

The automaker hasn’t divulged performance targets for the Project24, only a weight target: Below 1,250 kilograms, or 2,756 pounds. If achieved, the racer would be 552 pounds less than Maserati’s claimed weight for the MC20. Part of the weight loss comes courtesy of carbon fiber bodywork that’s two inches wider than on the MC20, Lexan windows, and making the passenger’s seat optional. The gains should be felt everywhere around a track, especially because Project24’s 3.0-liter V6 engine sports a larger pair of turbos that boost output by 119 horsepower, to 740 hp. The road car’s eight-speed automatic is replaced by a six-speed sequential auto with paddle shifters, from there sending power to the rear wheels through a mechanical limited slip differential instead of the electric LSD in the MC20. Brembo CCMR racing brakes hang off a double wishbone suspension with anti-roll bars front and rear and adjustable dampers, just behind custom, forged 18-spoke center lock wheels on racing slicks. An adjustable front splitter and rear wing fine tune aero performance, on-board air jacks help pit crews put in the best performance.

We don’t know what dynamic targets Maserati’s trying to hit with Project24; they might come closer to the final car’s reveal. We don’t know the price, either, but it’s gonna be more than the $215,995 MSRP of the MC20. It could be, like the car’s potential capabilities, at an altitude the kids call “way up there.”